Why are infrastructure developments important for property investors?

Why you should consider upcoming infrastructure expenditure when deciding the location for your next property investment. 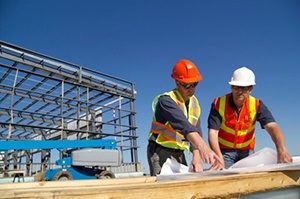 With state-funded projects scheduled across Australia, we take a look at how infrastructure projects can provide attractive opportunities for property investors, and compare some of the major transport developments currently, or soon to be, underway.

Infrastructure provides essential services that drive economic growth, employment and productivity, and can be classified into three main categories;

Why is infrastructure important to investors?

There is historical evidence to suggest that new infrastructure projects boost the local economy by creating new jobs and attracting more people to a precinct. Not only do infrastructure projects increase employment and local property values, but they also provide indirect benefits to the community such as consumer expenditure and social benefits of community development-- all of which drive demand.

This is why property investors should take an active interest in reviewing both current and planned infrastructure projects within different markets.

In particular, road upgrades and developments play a critical role in driving up property values, as these projects make areas more accessible. For instance, the extension of the Mitchell Freeway to the Hester Avenue development is forecast to have a positive impact on property values in surrounding areas, such as Mindarie in Perth, Western Australia.

Take the $1.7 billion Hunter Expressway road development project that will provide a dual highway linking the F3 and the New England Highway, for example. Announced in the 2009 Federal Budget, the infrastructure project created greater demand around the interchange areas of the project. Land in the surrounding suburbs benefited from capital growth where properties were rented out at record high rent yields. 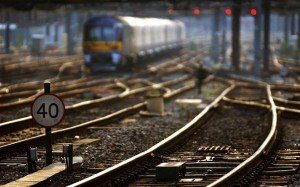 The western suburbs of Sydney located near upcoming infrastructure projects are forecast to experience the biggest growth in the city’s property market over the next 12 months. In particular, western regions due for house price growth include Liverpool and Camden, which will benefit from the South West Rail Link and Badgerys Creek airport projects in the form of population growth and demand for property.

Property investors must realise that there is often a gestation period with infrastructure projects so while a tender may be announced today, it could take several years before construction begins.

A planned infrastructure project is a strong indicator of employment growth and due to the strong correlation between job growth and property price growth, investors should look for opportunities in areas where infrastructure projects have been announced. To demonstrate, the $3.5 billion Northconnex Tunnel project has created 1,250 direct jobs in NSW and this will likely push up property prices in surrounding exit areas such as Wahroonga and West Pennant Hills.

Are some infrastructure projects better than others?

When determining the importance of an infrastructure project, you should consider the size and scale of the project to identify whether it's likely to have an impact on demand or supply within the area.

The nature of the project and type of infrastructure project is also critical. For instance, an airport may be more beneficial to property investors compared to a roadwork construction, as an airport will provide sustained employment and demand beyond the construction period. While a new highway or road work is valuable, it won’t create employment once the project is completed.

What about the timing of infrastructure projects?

Some property investors buy into an area during the hype of a current infrastructure project, but a good time to invest in a market with planned infrastructure is once the tender has been placed and the project has been confirmed to go ahead.

How can property investors minimise exposure to the inevitable ‘burst’ of the Australia’s property market?

While most regions in Greater Sydney and Melbourne have experienced double-digit growth in recent times, there is speculation that this will not always be the case- something’s gotta give.

With evidence to suggest that both the Sydney and Melbourne markets have cooled, investors need to be selective about how they can secure capital growth, and this can be achieved by focusing on locations with planned infrastructure spend.

Such infrastructure projects will make certain areas of Sydney and Melbourne ripe for long term capital growth, beyond the current growth phase of these property markets.

Melbourne Airport Rail will connect Melbourne Airport to Victoria’s regional and metropolitan train network for the first time, with airport trains to travel on dedicated new tracks from a new premium station at Melbourne Airport through to Sunshine Station, then travelling through the Metro Tunnel to connect into the heart of the CBD and the Cranbourne and Pakenham lines in Melbourne’s south east.

This route will provide superior connections with 10-minute turn-up-and-go services, direct access to 30 stations and key employment, retail, health and education hubs, a single interchange to most other locations – including the regions of Ballarat, Bendigo, Geelong and Gippsland – and a journey time of around 30 minutes into the heart of the CBD.

Construction is targeted to start in 2022 with a target opening in 2029. 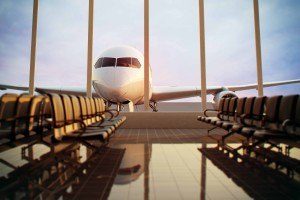 This project will include an upgrade of the existing Sunshine Motorway and Caloundra Road section of the Bruce Highway to a 6 lane motorway with improved interchanges and service roads. The tender was put in place in the final quarter of this year, construction is due to commence in the third quarter of 2016 and the project is scheduled to finish in 2020.

In February 2015, the NSW Government announced $368 million for the Gosford Hospital redevelopment. The tender was put in place and construction will begin in the final quarter of this year and the project is due to be completed by 2019.

With the tender being placed in July 2016, this project is designed to deliver upgrade to primary & secondary treatment assets to enable the wastewater treatment plant to treat 150ML/day. Construction is forecast to end by March 2019.

This infrastructure project involves the construction of a new clinical services building that consists of an emergency department, care unit and outpatient clinics. The construction is scheduled to start in the first quarter of 2017 and will end in 2018.

Involving the redevelopment of the Macquarie Point site, this project will begin in the third quarter of 2016 and commence in 2026.

Was this content helpful to you?
Thank you for your feedback!
Australia’s most profitable Airbnb locations revealed