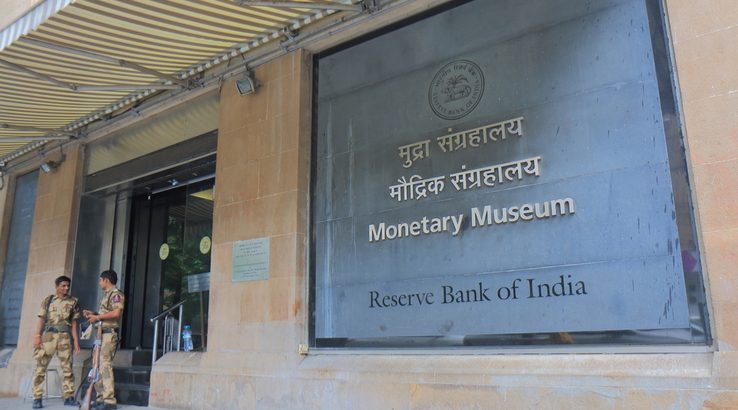 This stands to be the most severe cryptocurrency ban ever passed.

India has still not banned cryptocurrency... yet.

But it's well on the way, with an inter-ministerial committee now recommending a total ban. The full details of the Banning of Cryptocurrency & Regulation of Official Digital Currency Bill, 2019 can be found at India's Department of Economic Affairs website.

It recognises the positive aspects of blockchain on one hand and proposes penalties including up to 10 years imprisonment for cryptocurrency users on the other.

How India's feeling about blockchain

Regarding blockchain, the report generally says that it has some great applications, but there's still a lot of work to be done before it's ready for prime time.

Blockchain is good on the whole

"The Committee believes that DLT is an important new and innovative technology, which will play a major role in ushering in of the digital age," the committee says. "The Committee therefore recommends that the Department of Economic Affairs should identify uses of DLT and take necessary measures to facilitate the use of DLT in the entire financial field."

The technical challenges and risks the report identifies can be summarised as "the usual". They include scalability, interoperability, cybersecurity, governance, key management and privacy.

There are also some specific regulatory issues that need to be overcome, including the following:

How India's feeling about cryptocurrency

The report acknowledges that there are some practical applications for "official" digital currency such as central bank digital currency and emoney, and it emphasises that its concerns are focused strictly on "unofficial" cryptocurrencies.

These unofficial digital currencies, it says, are almost universally driven by rampant speculation and lacking in inherent value. Even utility tokens with identifiable functions have "negligible" inherent value given the high chance of any given utility token becoming useless as the technology evolves, the report says.

The consumer protection issues are a nightmare, especially for "unsophisticated" consumers the committee says, due to factors such as the following:

Bitcoin consumes a lot of energy, the report points out, although it comes at the issue from the factually incorrect perspective of energy consumption per transaction, and it makes the common mistake of completely ignoring all non-proof-of-work consensus mechanisms and discounting sharding and other scaling techniques.

"Given the numerous examples of the harms arising from unregulated virtual currency, it is imperative that a comprehensive law on virtual currency is brought forth to prevent these harms."

Given everything, the report recommends a total blanket ban on "unofficial cryptocurrencies", with some very harsh penalties for offenders. Proposed fines range from INR1 lakh to INR50 crores, which is the equivalent of about US$1,500 to US$7.25 million.

Technically, the suggested penalties apply to anyone who mines, buys or acquires cryptocurrency to engage in any of the following. All may include a fine, with slightly different jail terms depending on the offense. The committee recommends that the issuance of cryptocurrencies and the acquisition of cryptocurrencies for investment purposes be treated especially harshly with a minimum prison sentence of no less than one year where applicable.

Feasibility of a total cryptocurrency ban

The reports ponders the feasibility of a total cryptocurrency ban as well, observing that although China saw some mixed results from its cryptocurrency trading ban, it was still more successful than not, based on the severely curbed CNY trading volumes following the ban. Of course, there's still an underground Bitcoin trading scene in the country, and the report also notes that a lot of people are using VPNs to trade from China.

But in this case, India's proposed ban is several orders of magnitude more severe than China's.

China merely bars trading of cryptocurrencies and heavily discourages them in general. But these proposed rules out of India are intended to completely crack down on touching cryptocurrencies in almost any way.

Digital currency privacy enthusiasts will also be interested to note that although the report acknowledges that there are challenges associated with criminals using Tor on Bitcoin networks, there "is evidence" of ways to crack it when used in Bitcoin transactions.

The report also brushes away the possibility of uncontrollable privacy coins by noting that "active research is also in place for de-anonymisation of completely anonymous cryptocurrencies like Zerocoin."

India's speculators appear to have reacted by buying up Bitcoin. According to Coin Dance data, Indian rupee peer-to-peer Bitcoin trading volumes on the largely anonymous Paxful service climbed to new highs in the face of the ban.

The committee also recommends that a standing committee be established to monitor "the technological developments globally and within the country and also the views of global standard setting bodies to revisit the issues addressed in the Report as and when required".

A standing crypto committee might be a prudent choice even if the blanket ban comes in because the report itself is already lagging somewhat behind the blockchain state of the art. There's also the possibility of selective reversals as the technology progresses as has been seen in China whose anti-Bitcoin facade has recently started to crack a bit and which is home to many public semi-permissioned blockchain projects that would be outright banned in India under these proposed rules.

Why India's cryptocurrency ban is dangerous

India's proposed cryptocurrency ban is unprecedented in its severity and scope, and in its proposed form would inevitably close the door on certain public blockchain innovations. Despite what it's mostly used for, at the end of the day, cryptocurrencies without any express utilities still provide an important degree of network security simply by containing value – speculative as it may be.

In an increasingly interconnected world, it's in absolutely no one's interests for India to fall behind in public blockchain development.

India's cryptocurrency ban slams shut the door on integral parts of blockchain, such as decentralised oracles, public blockchain interoperability solutions and certain applications that are best performed through public blockchains, such as counterfeit pharmaceutical tracking.

Even if you subscribe to the most deadly version of Bill Gates' "Bitcoin kills people" argument, there's still no way cryptocurrency can match that kind of body count.

One of the reasons India is such a hub of counterfeit pharmaceutical manufacturing is because corruption and lax law enforcement run rampant, and no amount of regulatory or police action has been able to make a dent in it.

This is precisely why an immutable, tamper-proof and corruption-resistant public blockchain for tracking pharmaceutical supply chains is such a powerful tool. However, this tool requires access to the public cryptocurrency that underpins whatever public ledger is hosting this solution.

The proposed crypto ban would make this kind of solution impossible, and this is one example of how, if it passes, this cryptocurrency ban will indirectly contribute to a lot of deaths.

Per Ajeet Khurana, CEO of Zebpay – a now-global cryptocurrency platform that originated in India:

There’s negative news coming out of India about cryptocurrency. This saddens me as I fear that we are closing the door to innovation.