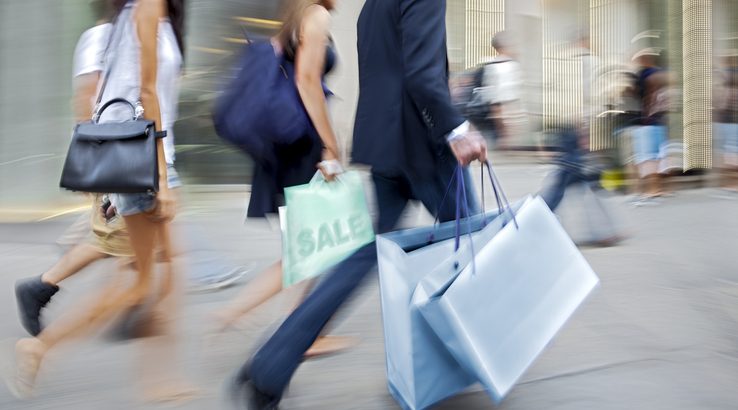 Online is catching up, both in-store and out.

Most Australians (59%) still prefer to do their shopping in-store rather than online, finds a report by Commonwealth Bank.

Only 16% of those surveyed said they actually preferred to do it online, while the remaining quarter had no preference one way or another.

The older generations were by far the most likely to prefer going in-store, with 71% of baby boomers and 76% of pre-boomers stating it as their preference.

But the younger generations were still mostly inclined to do it in person, given the choice. 51% of Gen X shoppers, 48% of Gen Y shoppers and 54% of Gen Z shoppers also preferred the bricks and mortar.

Older generations are embracing online the most

Times are changing though and the oldest generation, the pre-boomers, are embracing online shopping the quickest. The report projects that online shopping by pre-boomers will increase by 18% in the coming year alone to account for nearly 15% of online purchases.

A similar increase took place over the last year, during which pre-boomers accounted for 12% of online purchases.

By contrast, Gen Y (age 22 to 35) account for 34% of online purchases, but their contribution is set to grow only 5% over the next year.

In the much longer run, growing life expectancy and some of the mobility issues that come with advanced age are likely to move more shopping online. There will also always be countless customers with disabilities, injuries, illnesses or just really busy schedules, for whom online is key.

The importance of mobile

Mobile phones are a key part of online sales growth, with retailers forecasting a 24% increase in online sales volume over the next year, and the majority of it coming from people shopping via smartphone.

If the 24% prediction holds, online shopping will account for almost a third of purchases by July 2018.

Where online and in-store meet

The clear takeaway from the numbers might be that a combination of bricks and mortar and online is key, especially to any business that hopes to attract a diverse range of shoppers across age, gender and circumstance.

Australian retailers have already become acutely aware of this ahead of Amazon's arrival in Australia, and many are looking forward to services like Amazon Marketplace as a potentially cost-effective way of expanding their online footprint.

It's also worth noting that mobile phones are coming to occupy a unique place both in-store and out. Straight-forward online shopping via mobile is predicted to increase sharply, but it's also facilitating in-store experiences.

For example, facilities like Afterpay have customers paying with their phones at the check-out, with the help of a third party online service. In this way, an online presence in the form of third-party online facilities can drive more in-store sales.

Customers are also likely to start carrying around in-store coupon codes on their phones, and are known to check product reviews and prices on their phones while shopping in-store, while online orders with in-store pickups are also being pushed hard in certain areas.

In these cases, a more substantial online presence can drive sales in-store, for both brands and individual store locations.

Going by the numbers, having an effective online and in-store presence is key. Not only as multiple sales channels, but also because once you put them together they're much more than just the sum of their parts.