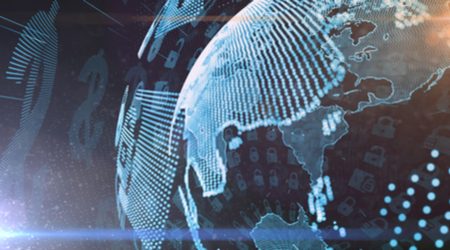 A digital world demands digital money – but whose?

She made the point that as the world changes, the exact functions of money need to change too, as they have before.

Money has changed by necessity over the years, Lagarde notes, and the first money was trustless in much the same way that cryptocurrencies are trustless; the money was either real or not, and by being assured of its realness, you could transact with confidence.

"When commerce was local, centered around the town square, money in the form of tokens – metal coins – was sufficient. And it was efficient," Lagarde said. "The exchange of coins from one hand to another settled transactions. So long as the coins were valid – determined by glancing, scratching, or even biting into them – it did not matter which hands held them."

But these had the downsides of being physical, heavy and too risky for an increasingly global world. Paper money, the earliest of which worked similar to cheques, was the next step.

"Suddenly, it mattered whom you dealt with. Was this Persian merchant the rightful owner of that bill? Was the bill trustworthy? Was that Shanxi bank going to accept it?"

This was a new downside. Central banking came along as the next step to consolidate that scattered trust into a more workable central location.

"Trust became essential – and the state became the guarantor of that trust, by offering liquidity backstops, and supervision," Lagarde explained.

In this respect, central banking itself was not the entire innovation. Rather, it was a way of mitigating the downsides inherent to the new forms of money that were necessary in the global economy. Trust is now familiar, but it's also expensive, inconsistent and defective to the point of resulting in constant errors.

Trust has been the industry leading solution for centuries, but it's a system that can potentially be overhauled and replaced with functionally preferential new technology where appropriate.

There's an argument that the removal of trust is a step backwards which undoes centuries of useful developments. But from another angle, that's a bit like arguing that flying cars are a step backwards because asphalt technology has come so far in recent decades.

"Why is this brief tour of history relevant? Because the fintech revolution questions the two forms of money we just discussed – coins and commercial bank deposits. And it questions the role of the state in providing money," Lagarde said. "The town square is back – virtually, on our smartphones. We exchange information, services, even emojis, instantly... peer to peer, person to person. We float through a world of information, where data is the 'new gold' – despite growing concerns over privacy, and cyber-security."

The key point might be that digital money is the most suitable option for meeting people's needs.

"Money itself is changing. We expect it to become more convenient and user-friendly, perhaps even less serious-looking," Lagarde said. "We expect it to be integrated with social media, readily available for online and person-to-person use, including micro-payments. And of course, we expect it to be cheap and safe, protected against criminals and prying eyes.

"What role will remain for cash in this digital world? ...In ten, twenty, thirty years, who will still be exchanging pieces of paper?"

Study after study says cash is on the way out, and for most transactions, it no longer meets people's needs when other options are available. The only question is how long it will take to leave and what will replace it.

Whatever the future of money is, it's going to have to be digital.

To bank or not to bank

With cash out and digital transactions in, the obvious next port of call is bank deposits. But "bank deposits too are feeling pressure from new forms of money," Lagarde said.

"Think of the new specialized payment providers that offer e-money – from AliPay and WeChat in China, to PayTM in India, to M-Pesa in Kenya. These forms of money are designed with the digital economy in mind. They respond to what people demand, and what the economy requires. Even cryptocurrencies such as Bitcoin, Ethereum, and Ripple are vying for a spot in the cashless world, constantly reinventing themselves in the hope of offering more stable value, and quicker, cheaper settlement."

The rise of digital payments means that for everyday consumers who want to send a few bucks overseas or buy a coffee, banks and transaction-facilitating products like debit cards are not necessarily the best solution for moving money. Digital money has given people a lot of new expectations, one of which is that you shouldn't have to pay significant fees for the privilege of sending, receiving or transacting with your own money.

If banks don't find a way of meeting people's changing expectations for money in the digital age, someone else probably will.

It's clear beyond a doubt that money is changing. That question then, Lagarde says, is whether central banks should step in with their own central bank digital currency (CBDC) or hang back and know that someone else will step in to give customers what they want.

"A state-backed token, or perhaps an account held directly at the central bank, available to people and firms for retail payments," Lagarde described. "True, your deposits in commercial banks are already digital. But a digital currency would be a liability of the state, like cash today, not of a private firm."

The advantages are many, Lagarde says. A CBDC would allow a country to pursue goals such as financial inclusion among its population and facilitate consumer protection by offering a reliable and usable alternative to privately owned payment networks, or still-experimental payment networks like cryptocurrencies. By not offering its own digital currency, a central bank might risk losing too much control or letting private payment networks monopolise a region.

"A digital currency could offer advantages, as a backup means of payment. And it could boost competition by offering a low-cost and efficient alternative," Lagarde notes.

The downsides are also manageable, she suggested. Privacy risks could be addressed with anonymous-by-default CBDCs where "if a suspicion arose it would be possible to lift the veil of anonymity and investigate. This setup would be good for users, bad for criminals, and better for the state, relative to cash."

The risk of digital bank runs might also be overblown, Lagarde says, noting that it's called a bank run because people run to the bank because they need to get there first. Digital currencies can be distributed more fairly and more easily than fiat currency. Plus, in this digital world, the kinds of conditions which result in a bank run would usually see people shift savings overseas before the bank run begins.

"So, the jury is still out on whether digital currencies would really upset financial stability," she said.

One of the less expected hazards, Lagarde said, might be that a CBDC could unintentionally stifle innovation by being too good.

"Where is your [the banks' and fintech startups'] role if the central bank offers a full-service solution, from digital wallet, to token, to back-end settlement services?" she asks.

"While the case for digital currency is not universal, we should investigate it further, seriously, carefully, and creatively. More fundamentally, the case is about change – being open to change, embracing change, shaping change. Technology will change, and so must we. Lest we remain the last leaf on a dead branch, the others having decided to fly with the wind."