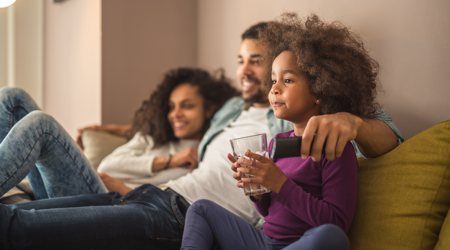 Fetch TV is back on the video menu for iiNet customers.

Prior to its acquisition by TPG, one of iiNet’s clear differentiators was its offer of the Fetch TV PVR to qualifying broadband customers. When TPG took over, the Fetch TV deal was rapidly discontinued, leaving Optus as the primary ISP backer of the Australian PVR brand.

TPG was tipped earlier in the year to be launching new Fetch TV plans and it has now done so, albeit not via its own TPG brand.

Instead, the Fetch TV is back on the menu for iiNet broadband customers, via the Fetch TV Mini set top box. iiNet will supply Fetch TV Mini boxes for $99 outright, and then provide service on top of existing iiNet broadband packages for either $5 per month for the basic iiNet TV with Fetch pack, or with a wider range of channels under the iiNet TV with Fetch + Entertainment Plus Pack for $24.95. Either option is provides on a month-to-month basis.

The Fetch TV Mini is the smaller sibling of the larger Fetch Mighty PVR which focuses on streaming primarily. While it can take in a digital TV signal, its storage is limited to allowing simple play/pause functionality for live TV, rather than recording programs for later watching.