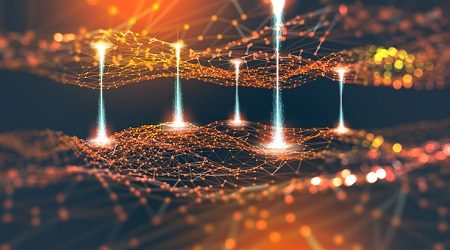 As a whole new payment protocol, Stellar is a fundamental change. IBM World Wire helps brings it to life.

IBM's Blockchain World Wire officially launched today, enabling payment locations in 72 countries, with 47 currencies and 44 banking endpoints. The network is based on Stellar and facilitates the transacting of a wide range of digital assets. Among them will be at least six fiat-backed stablecoins issued by international banks.

Today also saw IBM head of blockchain Jesse Lund, and Stellar founder Jed McCaleb, take to the stage to deliver the keynote at the Singapore Money20/20 conference to explore the announcement in more detail and discuss where it fits in their vision of the future of money.

It's likely that the launch of IBM World Wire will end up being among the most significant developments in payments in the last century.

A monumental step towards cryptocurrency normalisation

While similar projects have been in the works for a while, IBM World Wire may be one of the most significant blockchain-based payment networks ever announced, due to the sheer number of banks involved.

As Jed McCaleb explained at Money20/20, this is because network effects are needed to drive cryptocurrency uptake.

"Everyone underestimated how long it would take to get adoption in payments, and I think the reason why is that payments depends really heavily on network effects, and that's just not there yet," he said. "The only way it can kind of be achieved is by bringing a consortium together... a whole group of people together, who are willing to adopt one common thing at the same time, and that's exactly what World Wire is doing.

"Although there hasn't been much progress to date, everyone we talk to wants that kind of network to exist. They're just waiting for other people to come on board at the same time, and so being able to bring them all at once we should see a snowballing effect, and things really get rolling now."

The importance of these network effects also has big implications.

The world of remittances and international payments is almost incalculably large and able to host countless competing companies, but the benefits of those network effects will see them all clustering around a single underlying protocol.

The world has already seen this in action with the SWIFT network. It came to life in 1973 with 239 banks across 15 countries, and ended up swallowing the outdated incumbent Telex system and eating competition as it expanded. Now it's the de facto standard for international payments all over the world. There are hundreds of banks and money transfer services vying for your business, but almost all of them actually move money through the SWIFT network.

On a side note, you can look at World Wire's launch numbers next to SWIFT's as a sign of the times. SWIFT launched with 239 banks but only 15 countries, while World Wire is launching with 79 countries but only 44 banks. This reflects the extraordinary decline in the number of banks over the last few decades through industry consolidation and a lack of new entrants, as well as how much more closely entwined the countries of the world are now than they were in the 70s.

Innovating at the centre rather than the edges

Because they're all limited by the need to actually settle payments over the SWIFT network and through banking intermediaries, even the most streamlined money transfer services are still dealing with a very high price floor.

Consequently, the only real way for a money transfer service to reduce the cost of international payments is to cut overhead on their end. But when you're settling with a slow and expensive payment protocol, there's only so much you can do.

But as an entirely new payment protocol aiming to become a new global standard, Stellar can innovate at the dead centre of payments rather than just chip away at the edges. It's not about just making payments cheaper – it's about completely redefining the idea of how much a payment should actually cost, taking it to the order of a cent or even a fraction of a cent rather than whole dollars.

Some estimates say about 10% of the money that's transferred around the world is lost to payment frictions, largely as a result of being forced to run on an outdated protocol. The sheer wastage of this, in the order of hundreds of billions of dollars per year, is a bit mind boggling.

The universal adoption of a system which solves this problem would be historically significant.

As an added bonus, digital currencies open doors to a lot of automation opportunities.

Picture a country that requires all businesses to pay workers with a national digital currency, and algorithmically withholds the appropriate amount of tax from payments, while any discrepancies are highlighted through the use of an immutable ledger. How much money could a nation collectively save on accountants every time tax season rolls around? How much could governments collect in taxes and save on enforcement and investigation of tax fraud?

The crux of why IBM World Wire is so important to Stellar, and by extension to the world of payments, is because it's looking likely that people will actually use it, and because the road to real use is clear. The main obstacles to adding more banks to the system are regulatory in nature, and according to the IBM press release, those are being resolved quickly. Plus, several international banks will be imminently releasing their own fiat-backed stablecoins on Stellar via World Wire.

This will probably be happening in the near future, and IBM has explicitly said on multiple occasions that central bank digital currencies will be coming to Stellar.

One of the first might be coming from the Bahamas, where the Bahamian central bank is working on a blockchain-based CBDC, dubbed the Sand Dollar, with the intention of encouraging residents to use it instead of cash. The Sand Dollar is being largely developed by IBM.

Barring any unforeseen circumstances, the multi-trillion dollar world of payments is on the verge of some enormous changes and the Stellar protocol appears to be at the centre of them.