I Am Setsuna Review: “A lovingly-crafted callback worth answering”

This isn't a simple love letter to the Japanese Role-Playing games (JRPGs) of the early Nineties that arguably raised many of us better than our parents ever did. I Am Setsuna is a declaration of utter devotion as delivered by an upraised boom box blaring negasonic-levels of nostalgia.

With modern technology, developer Tokyo RPG Factory has effectively achieved what our imaginations did back in the day: fill in a great many blanks to interpret a primitive thing into a prepossessing one. What would have once been eye-scratching sprites are detailed polygonal cast members. The bleep-bloop chip-tunes of yesteryear are now virtuoso piano performances. It's hard not to feel spoiled.

A cracking story to keep you happily grinding away

Setsuna also has what all great role-playing games need: a cracking story to keep you happily grinding away. You're slotted into the boots of Endir, a mercenary-for-hire who accepts a zero-explanation contract to kill the titular Setsuna, a teenage girl from the far-flung village of Nive. Problem: said enchantress is loveliness personified, and is already scheduled to be sacrificed in an ancient ritual to magically curb the local monster population. She cannot die before her time. Thanks to her protective troupe of bodyguards, you're forced to escort her safely to a distant place of ceremony, at which point she can taste your blade and you'll collect your filthy dollar-dollar bills, y'all. 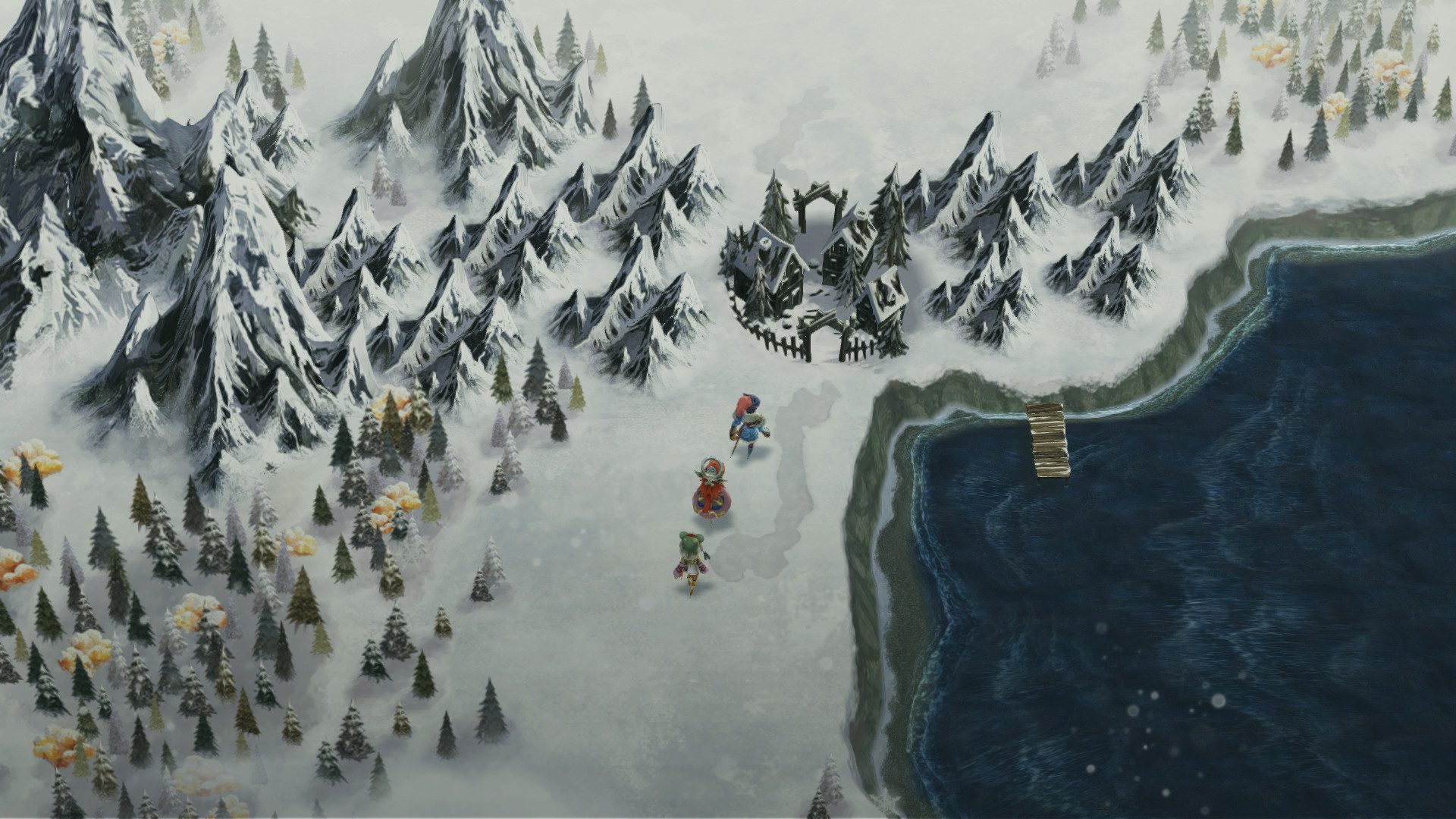 Will you be able to resist the bonds that naturally grow between fellow travellers in times of great hardship? Who the heck thought it was a great idea to prematurely off the one thing stopping evil, anyway? Is sparing one girl's life worth dishonouring your warrior tribe and ruining your spotless record as the most brooding-est and aloof bad-ass since Solid Snake.

You're going to love finding out the answers, even if you cannot drastically alter the path ahead of you with a bunch of decisions and dialogue trees (like most modern RPGs). If the climax doesn't hit you square in the feels, well, you may be some sort of unfeeling replicant with implanted memories.

Fans of Chrono Trigger are going to love the battle system

Fans of the timeless classic that is Chrono Trigger are going to love the battle system, too. The turn-based fisticuffs (thankfully) do not go down the route of the invisible, random muggings that plagued early Final Fantasy games; you can go into any fight with your eyes open, and may even earn an ambush bonus for a skilful approach. From here, you're patiently waiting for a series of party member attack meters to fill, thanks to the tried and true Active Time Battle mechanic (ATB). It's low barrier-of-entry stuff, though a deft hand on ye-olde D-pad will earn you more efficient results in the menus. Likewise, timed button stabs during certain attacks will double down your damage. 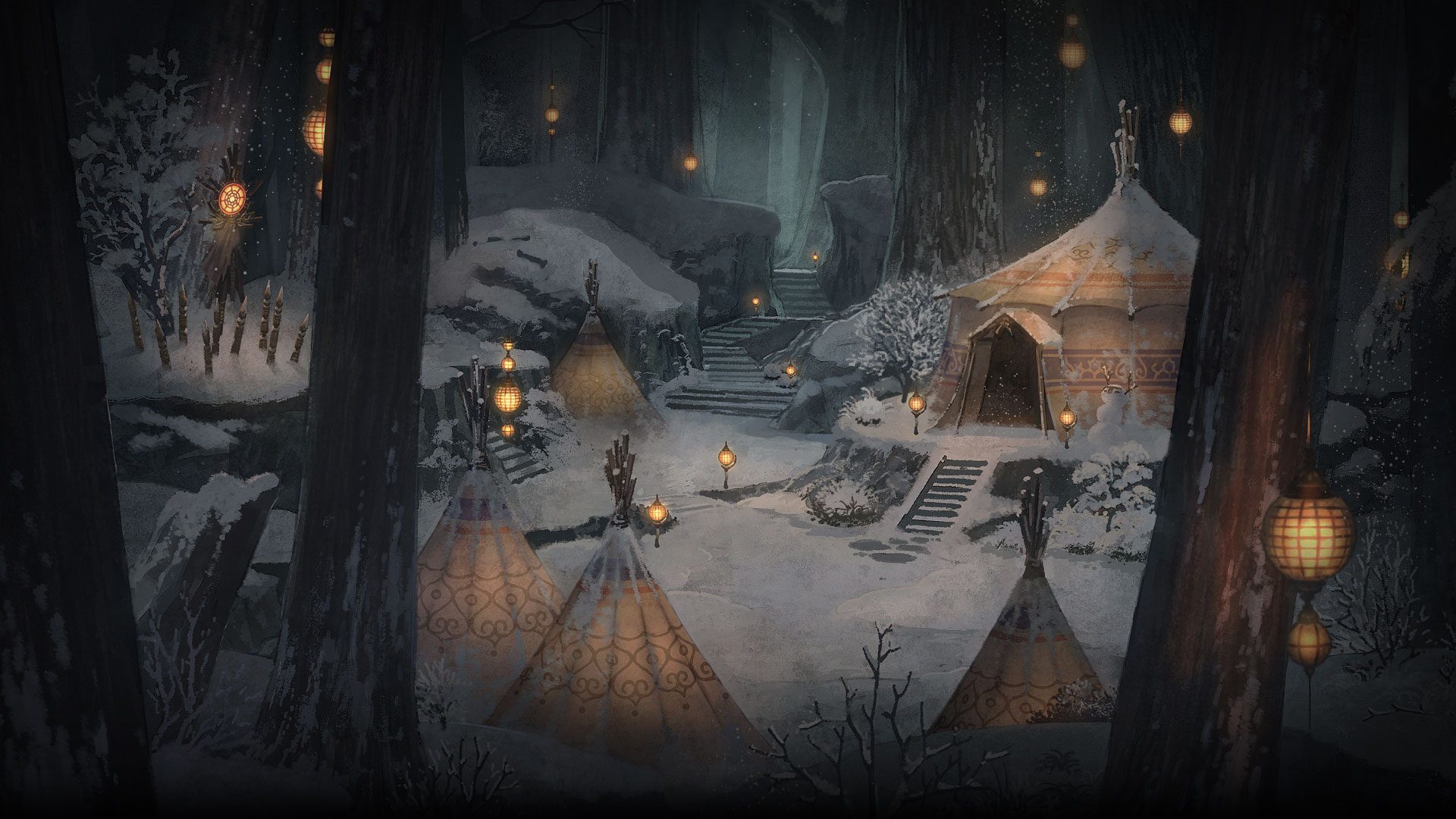 Slaughtering enough Pokémonesque penguins, or other monsters, will make their innards drop, and these may be swapped with merchants for Spritnite. This is "slotable" stuff that lets you, rather freely, spec your party members with table-turning skills and abilities. Make sensible role decisions (such as always have some sort of healer on duty) and the bread and butter battles shouldn't catch you out. I personally got cocky with a bunch of the larger boss battles and paid the iron price only once. (Note: said RRP is reloading a save that sets you back way too far, because they're in painfully short supply).

It doesn't add to the sad tone of your themes. It adds to the monotony.

Sadly, this is not an adventure of epic length. 24 hours or so is what I got out of it, and while it was a satisfying romp, I still felt hungry for more. All players are encouraged to select the “hardest” difficulty, too, because it really isn't, even if you're re-doing dungeons to beat formidable monster variants for more special drops. The short length of the proceedings would have been easier to accept had the environments been more varied, visually. Enough with the you're-always-walking-around-a-fantasy-ski-resort winter theme, I Am Setsuna. It doesn't add to the sad tone of your themes. It adds to the monotony. 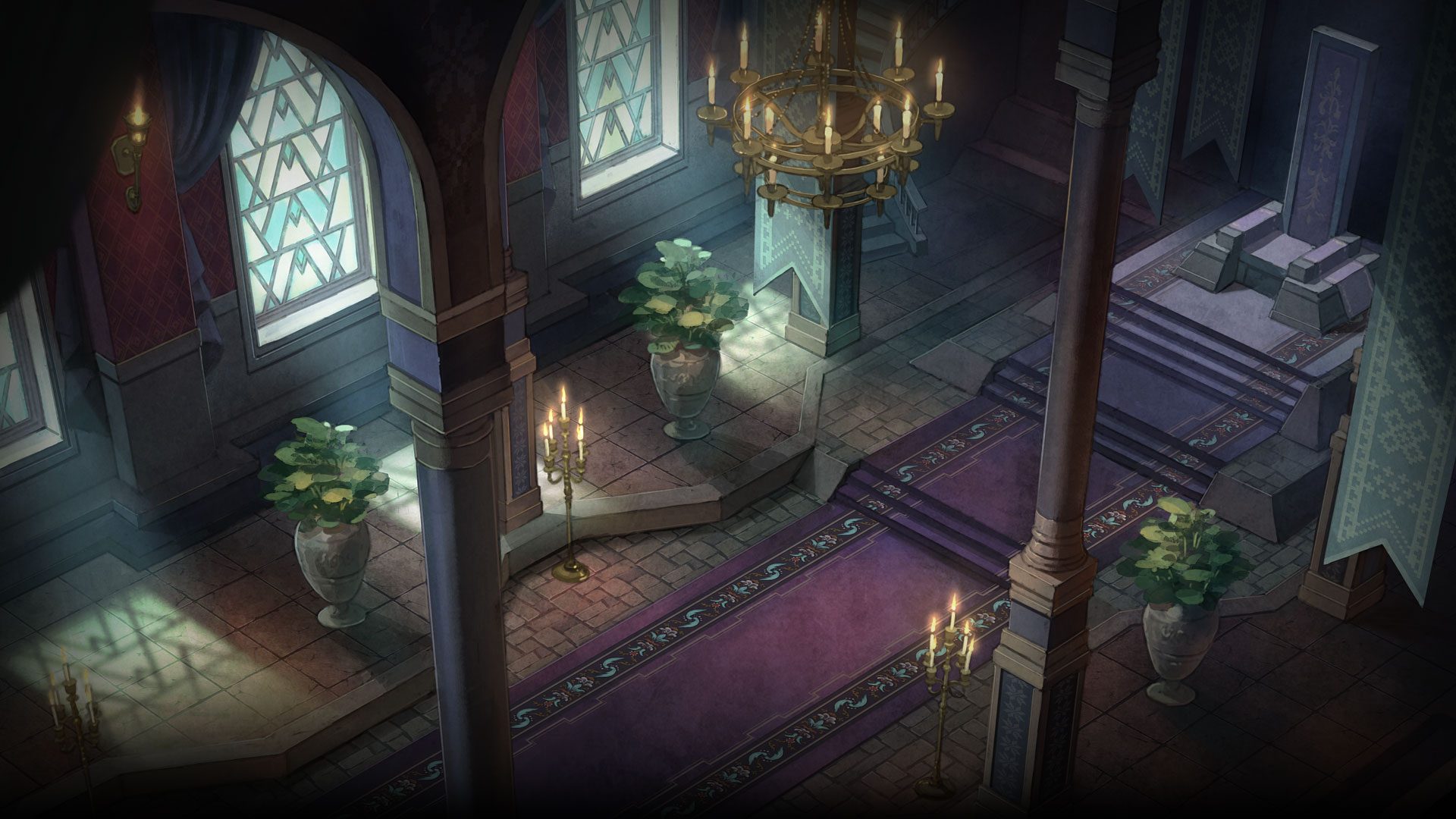 Despite a few shortcomings, I still found I Am Setsuna to deliver what I think's been missing in modern JRPGs. Relatable characters, no fluff or melodrama weirdness, and a solid battle system that doesn't lean too heavily on a side-grind requirement. This is just the right amount of antiquated, and I can't wait to see what Tokyo RPG Factory churns out next. I Am Setsuna is a lovingly-crafted callback that's worth answering.

We reviewed I Am Setsuna on Ninendo Switch and PlayStation 4 with a copy provided by the publisher. 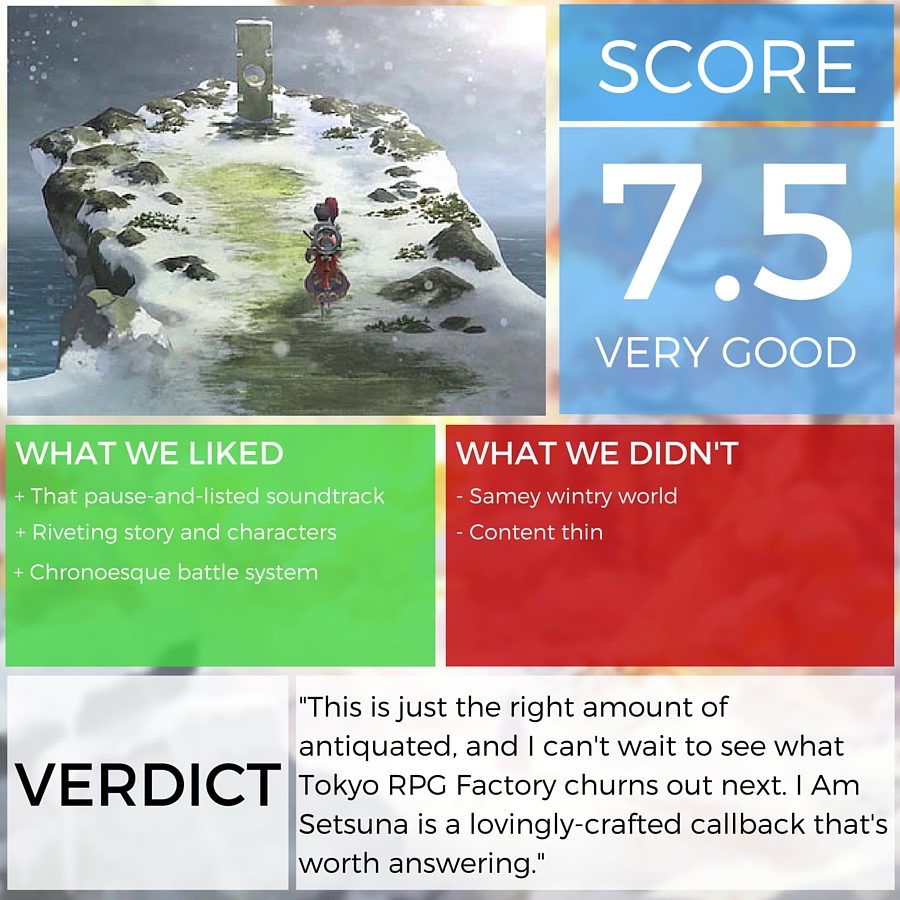