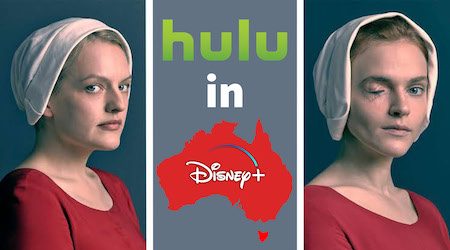 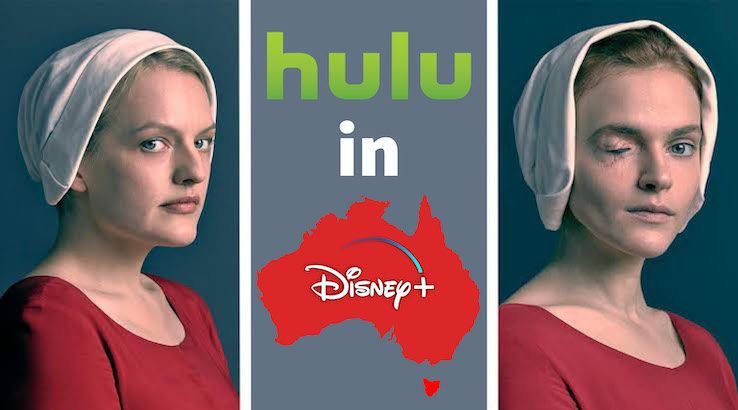 Disney+ launched in Australia with great success and the Mouse House could be looking to do it again in 2020 with Hulu. Here's everything we know.

Update: On 11 December 2020, Disney announced that much of the content we expected to launch through a Hulu app in Australia, will actually be launching as a new channel in the Disney+ app. This new channel is to be called Star. As a result of this announcement, we think that Disney has shelved plans to release Hulu in Australia. Instead will look to add more content to Disney+ and increase its price. The Star channel comes to Disney+ on 23 February 2020.

Original Story: By now you've probably heard about new streaming service Disney+ and how everyone's getting on board. You may have caught wind that there are over 816 titles and counting, with more coming in December and 2020.

You may have even seen the news that new features were added. But there are also a few mysteries surrounding Disney+ that have yet to be talked about in Australia and they're all to do with Hulu.

Many Australians may not have realised that Disney, owns multiple other media companies. This includes sports giant ESPN (which is currently available in Australia via Kayo Sports) and the recently acquired Hulu streaming service.

So, when will Hulu launch in Australia?

While there has been no official confirmation, by including Australia among the five launch territories for Disney+, the company has indicated we're a priority market. It's fair to speculate then that following the Disney+ model, Hulu's introduction to Australia in 2020 seems highly likely.

Disney has cards up both of its sleeves and is after world domination. So forget that the face of the franchise is a mouse, they've got elephants in the room, too.

Disney CEO Bob Iger has gone on the record as far back as 2018 stating his desire to expand internationally. It makes perfect sense to do so as well. There's only so much growth available in domestic markets and as Netflix's global spread discovered, streaming is a huge market.

One thing Disney+ has shown is that there is a new dawn coming for entertainment providers. They will not look to third-party aggregators like Netflix, Stan or Foxtel. Instead, they will look to distribute their content entirely under their own control.

Netflix has acknowledged as much by doubling down on original content. While Pay TV numbers are dwindling, which is why Foxtel is scrambling to add streaming services as part of its offering.

One leg up Foxtel does have is its agreement with HBO and NBC Universal for exclusive rights. Some shows can pop up elsewhere, but Foxtel has first-to-run rights. Foxtel has also now released Binge, which was under the alias of Project Ares. Binge is its own streaming service made up of HBO and NBC's Peacock, you can see our full guide on it here.

There is some thought that Hulu could partner with Foxtel to get its brand into Australia, but this would act in contrast to Iger's statements. Binge could be a cheaper and easier integration, but it likely removes opportunities to be a unified package with Disney+.

What is the Disney+ Hulu bundle?

There are only two subscription options available here for Disney+ once you've used your free 7-day trial. There's the $8.99 a month selection which is far cheaper compared to Netflix's packages when you consider it includes 4K UHD too.

Alternatively, you can get a slight discount by committing to a whole year for $89.99. They're both fair offerings and it's one of the first true streaming services to adopt an annual subscription option.

However, our US counterparts have an extra option to select. On offer to Americans is the trio in a bundle. What this includes is Disney+, Hulu and ESPN+ for US$12.99 a month. (Disney+ by itself is US$6.99 in the US.)

This was a big part of the reason why 10 million people signed up to Disney+ on day one during the US launch. In fact, this bundle is the most signed-up-for plan in the American market.

The combination of the three services is really cheap when you consider its blend of content: family, drama and sport. That's why Netflix and Amazon Prime would be petrified at the thought of Disney pursuing such a model globally.

The Australian dollar isn't at its strongest at the moment, but Disney+ is only $2 more expensive here at $8.99 a month to the US version of the service. In America, Hulu has ad-supported (US$5.99 a month) and ad-free ($11.99 a month) options. This would suggest a possible Australian price of $7.99 a month and $14.99 a month locally.

It seems more when and not if Hulu will come to Australia, which begs the question will the American package of a Disney+, Hulu bundle be made available?
If it is the price is harder to predict. In the USA, that bundle costs $12.99 a month, and that's for the ad-supported version of Hulu. However, that bundle also includes ESPN+ and there has been no word of that service coming to Australia anytime soon.

With that in mind, a price around $11 would be a likely and competitive local starting point for a Disney+ Hulu bundle in Australia.

The Hulu brand in America is so commonplace it's no different from mentioning Netflix. While Australians may have never heard of Hulu, you've probably stumbled across its shows at some point.

Its most popular original shows include Emmy nominated The Handmaid's Tale, Veronica Mars, Marvel's The Runaways and Looking For Alaska. Then there's also TV shows and movies from 20th Century Fox, NBC, HBO, ABC, TNT and Showtime on the service.

With so many media magnates combined, you can understand its level of popularity across the Pacific.

Disney owns 20th Century Fox which is key to Hulu

This is why there was confusion when other Fox stalwarts like Family Guy were picked up by Stan. These adult-focused brands don't fit under the Disney+ family-focused mantra. So most likely these streaming rights deals are short term. When Hulu expands internationally, these and many other Fox brands will disappear off Stan, and co straight away.

We've already seen rights crossover issues with Lizzie McGuire. It was missing from Disney+ at launch, but was still available via Stan.

Considering how much content is available through 20th Century Fox, it was surprising to really only see Homer and his family appear on Disney+. This is where Hulu ties into the whole mystery.

Hulu is marketed towards adults. However, Disney will forever remain a playground for children. The 20th Century Fox content in our opinion is in limbo pending the Australian release of Hulu and its major sell for when it eventually lands Down Under.

What we should never do is doubt Disney, Hulu is the ace up its sleeve. If you already thought its early subscription numbers were impressive, just know there's more to come.

The streaming wars are here, but consumers should manage to be the big winners. The success of Disney+ so far and more competitors entering the local market would only encourage a solo Hulu launch in 2020.

Disney+ is currently in six countries and will be rolled out to Europe in late March. Considering Disney has commenced with this process before there shouldn't be any hiccups. We feel as if they'll then probably move their focus to pushing Hulu into Australia for late 2020.