Huawei MateBook X Pro review: Why is the webcam there?

Quick verdict: The Huawei MateBook X Pro does little wrong within the ultrabook space, but the problem is that it simultaneously does little to really stand out. It's hampered by awkward webcam placement and ordinary battery life, making it feel distinctly less than a "Pro" grade product.

With its phone business essentially non-existent in Australia, you're far more likely now to come across one of the company's ultraportable laptops than just about anything else bearing a Huawei badge. Its latest MateBook X Pro laptop has lovely design and a superb keyboard, combined with the power of an 11th generation Intel Core i7 processor. But it's let down substantially with less-than stellar battery life.

Huawei MateBook X Pro review: The design is slender, light and thin... just like everything else 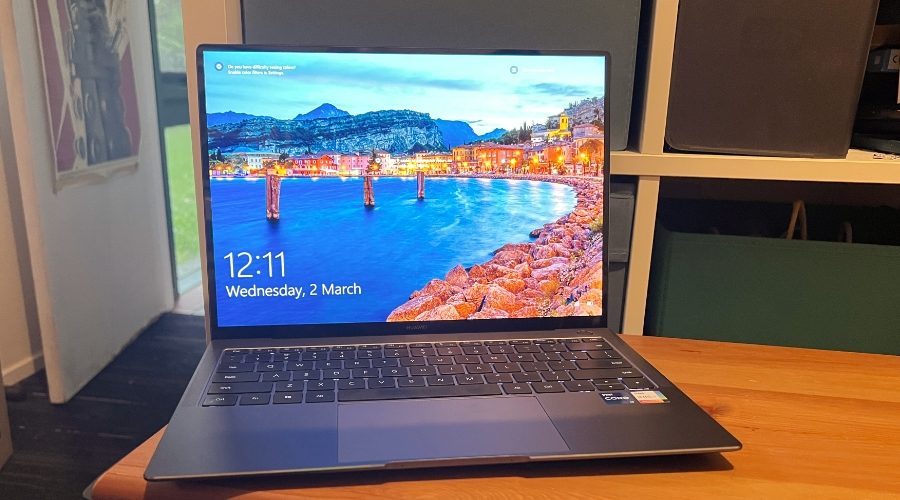 The MateBook X Pro is Huawei's effective "flagship" laptop line, measuring in at 217x304x14.6mm with a carrying weight of 1.33kg. That's not as light as some of the sub-1kg ultrabooks we've seen of late, but it's well within expectations for a laptop of this class.

Being the X Pro means that you get a nicer display. It features a 13.9-inch 3,000x2,000 pixel display with, logically enough, a 3:2 aspect ratio, rather showing how heavily this laptop is pitched towards business buyers. It's touch capable and very bright at full whack.

It's also kept the feature of Huawei's MateBook lines that I've disliked for quite a number of years: There's a minimal bezel around the display, which looks nice on the surface, but it does leave Huawei with the problem of where to place its webcam. In order to keep its 13.9-inch display pristine, it's neither above nor below the frame, keeping bezels minimal. That's a good thing.

However, Huawei's solution to this is to put the webcam under a pop-up key between F6 and F7. It hides it away neatly, but it means in almost every situation you're likely to use it in, it's going to present you at an amazingly unflattering angle. 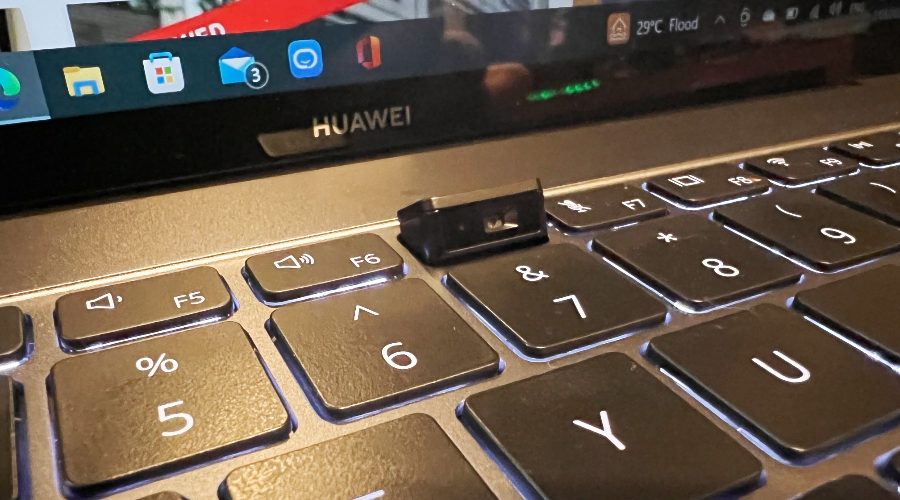 I can begrudgingly admit that I'm not the world's prettiest man. Nor am I likely to feature strongly in the final 16 of that competition were it to take place. But even whoever you think should win that plaudit wouldn't look good when they're shot like this, taken with the MateBook X Pro on my lap. 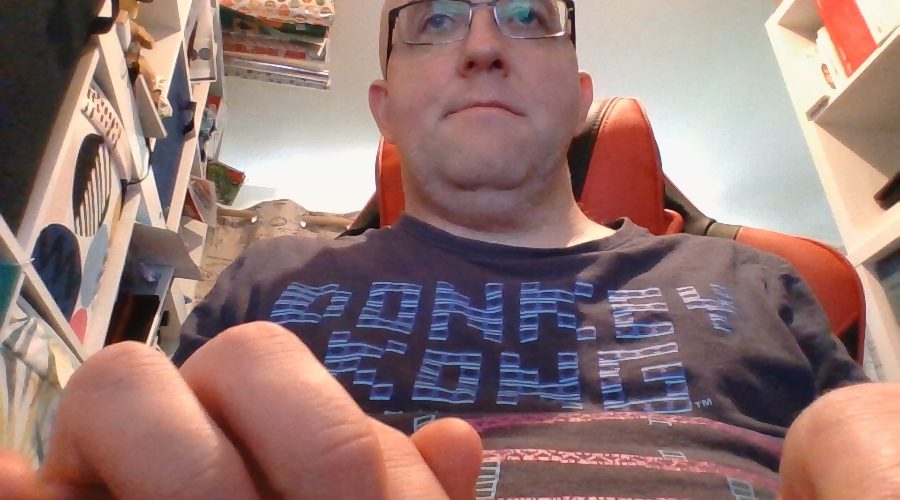 As you can see, you will also appear to have GIGANTIC fingers if you do have to type anything at all during your meeting.

You might be thinking that this could be mitigated if I put it on a desk. It's better... but still a long way from flattering: 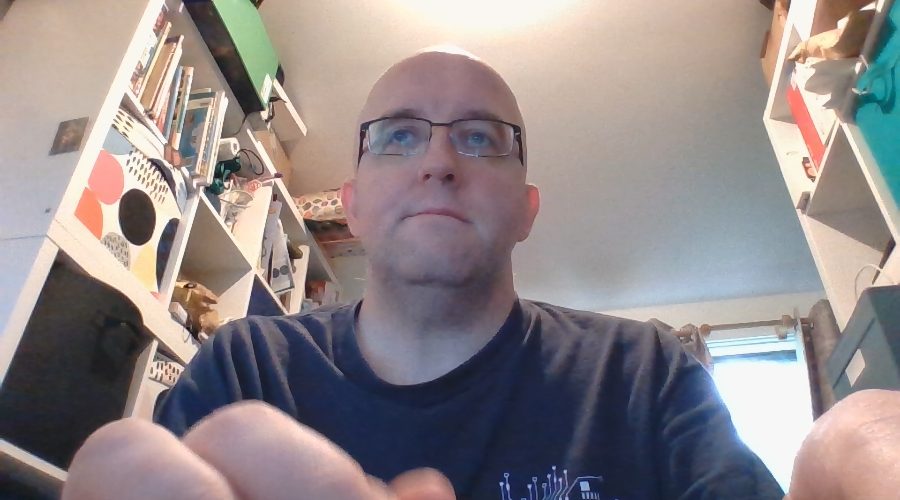 The camera placement on MateBooks has long been a flaw, and it's notable because there's relatively little else that I don't like about it in design terms.

The keyboard has a lovely soft and quiet motion that works well if you're a touch typist. The display is crisp and clear with touch support if that's part of your workflow. However, there's no capability to flip the screen around to use the MateBook X Pro as a tablet. 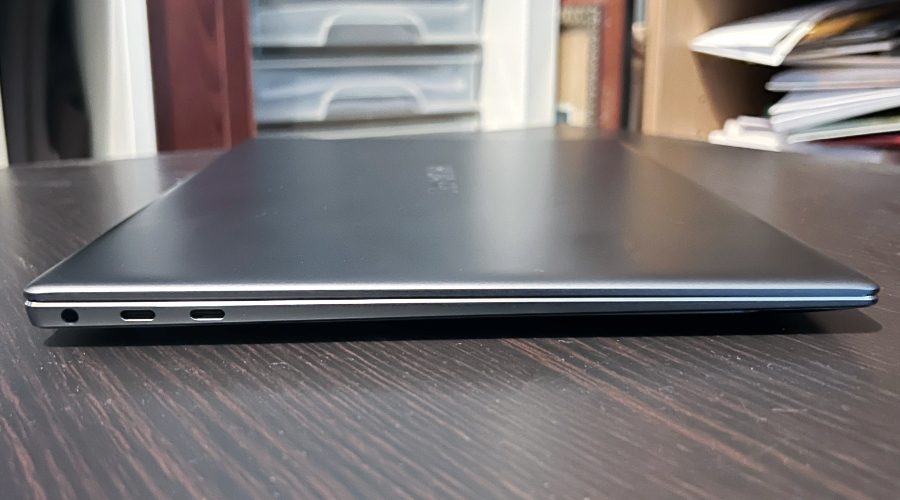 As with many ultrabooks, ports are minimal. On the left-hand side, you get dual USB-C ports and a combination headphone/microphone 3.5mm jack, while the right-hand side houses a single USB-A port that takes up most of the MateBook Pro X's slender side frame. Biometric unlocking is handled via a combination power button and fingerprint reader. Once enrolled, I hit no problems unlocking the MateBook X Pro at all.

Huawei MateBook X Pro review: Its performance keeps pace with the competition, but that's all 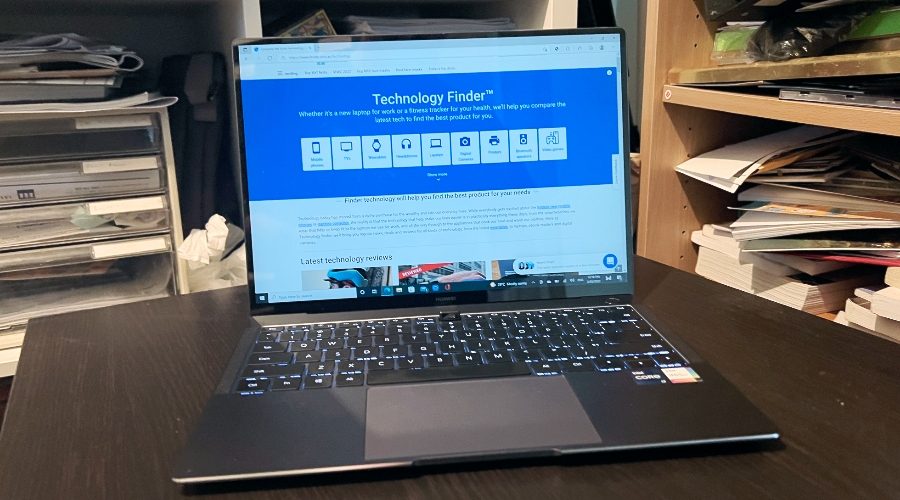 The Huawei MateBook X Pro as tested was built around an 11th generation Intel Core i7-1165G7 processor with 16GB of RAM and 1TB of onboard SSD storage. It shipped (and was tested) with Windows 10 Pro, but should have no issues with updating to Windows 11 if that's important to you.

Huawei's recipe here is predictable, because most manufacturers tend to offer up revised models as new processors become available, and there's often not that much to pick between different makes if they've got the same underlying engine.

In benchmark terms, the Huawei MateBook X Pro didn't entirely stand out. Here's how it compared using PCMark 10 and 3DMark for processor and graphics performance against a range of similar laptops:

If you're buying a super-portable laptop for work-related purposes, your general needs for high level GPU power are typically moderate. The Huawei MateBook X Pro was decently responsive during my review period, covering basic office tasks, web browsing and just a little light gaming. Its in-built Intel Iris XE GPU isn't world beating, but if you did need to do a little light video editing and had patience, or wanted to game and could deal with seriously dialling down your visual expectations, it would suffice.

A factor I did appreciate with the Huawei MateBook X Pro is that unlike many of its competitors, it's not riddled with trial AV programs, "bonus" streaming app programs or much of the crapware that tends to infest so many laptops. That means you're not wasting storage space if you don't want them, nor do you have to ferret them out with tedious uninstallation routines. 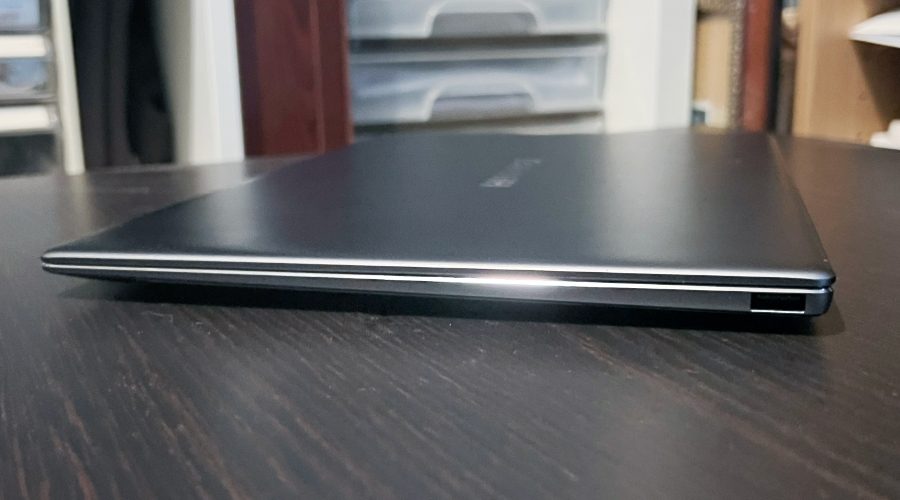 Huawei's claims for the MateBook X Pro are moderate for an ultrabook, with a claimed maximum "up to" 11 hours of working time from its 56Wh battery. As with any "up to" figure, that's 100% going to depend on what you're using it for between charges.

That's why to test, I ran it through both PCMark 10's gaming battery benchmark – a more brutal test – and our own video playback test to demonstrate both a soft and hard workflow. Here's how the MateBook X Pro compared against a range of similar laptop options:

Those aren't bad figures, but they don't exactly stand out either, and they do fall short of Huawei's claims. Is it better to fall short when you make modest claims, or when you make exaggerated ones? I'm honestly not sure, but the practical takeaway here is that you may well need to reach for a charger before your day is out if you do need a heavy duty working laptop every day.

Here there is good news and bad news. The good news is that Huawei's supplied 65W charger can top up the MateBook X Pro's battery very quickly indeed. The downside is that compared to some chargers in the ultrabook space, the MateBook X Pro's charger is on the larger side, which means it'll take up more space in your travel bag.

The Huawei MateBook X Pro is a decent laptop for its money, but that's as far as it goes. It keeps pace with its competition at best, and lags behind them in some ways in terms of performance and battery life.

Its webcam is still the most awkwardly placed feature by a long shot, and that's ever more important as so many of us adopt an intermittent work-from-home schedule with plenty of Zoom meetings along the way. 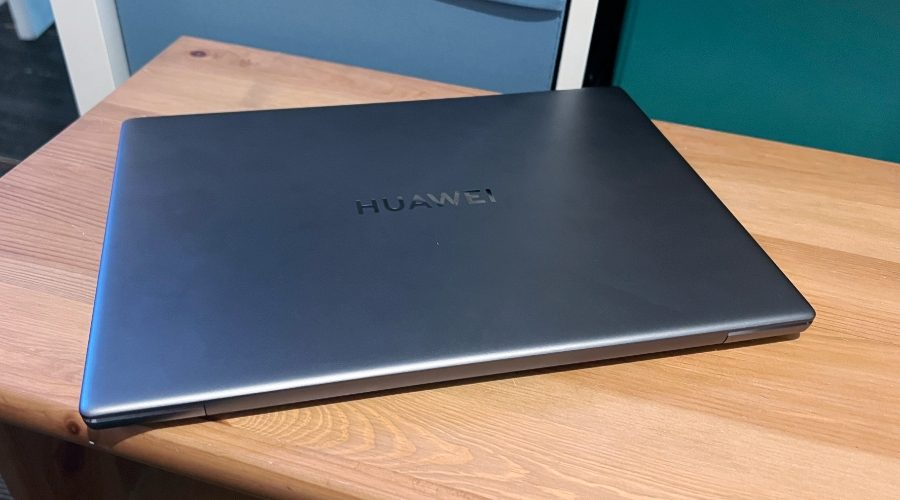 The Huawei MateBook X Pro was tested over a 1-week period, including writing this review, basic office tasks, web video streaming and benchmarking to get a picture of its performance over time. The model tested was loaned to Finder for the purposes of review.