Quick verdict: Huawei's Freebuds Pro are comfortable and inconspicuous with solid noise cancelling – as long as you're using an Android phone.

The Huawei Freebuds Pro are Huawei's effective successors to the Huawei Freebuds 3, which were themselves meant to be the Chinese company's equivalent to higher-end true wireless headphones such as the Apple AirPods Pro or Sony's WH-1000XM3 headphones. The Freebuds 3 fell short of taking out Sony or Apple's high-end offerings, but the Freebuds Pro headphones come much closer at an appealing price point – as long as you're using an Android phone to connect to them.

Out of the box, the smallest pair of silicon tips are fitted. I usually find I don't have to mess around with tip sizing for wireless buds with removable tips, but I very quickly shifted up sizes with these, because the small tips felt like they were very likely to fall out of my ears at any time. Getting the proper audio seal is quite important for a set of noise cancelling headphones in any case, and I had few issues with comfort. Those smaller stalks help to keep the weight down, with each bud tipping the scales at just over 6g by my measurements. That lower weight is rather key to them staying comfortable over a longer listening period. 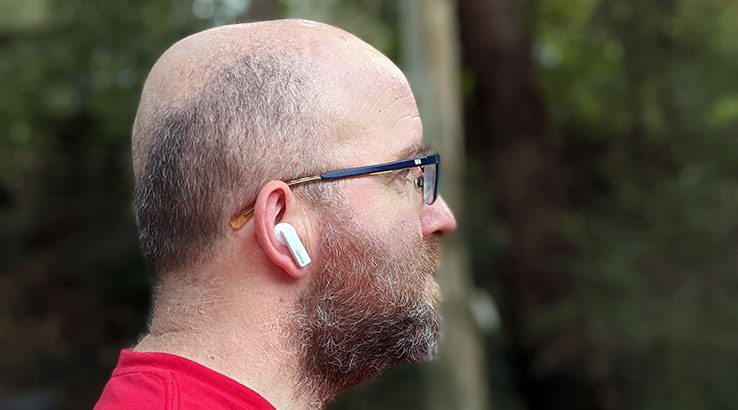 At a very basic level, if you just want to use the Huawei Freebuds Pro as a set of headphones, all you need to do is pair them via Bluetooth to your choice of smartphone. They'll certainly work that way as a basic set of wireless buds, but nobody sane is buying a $329 set of headphones to just use them at their simplest.

This is where it gets rather complicated depending on your choice of smartphone. If you're an iPhone user, then that basic pairing is all you can do, and you're stuck with Huawei's default settings for every Huawei Freebuds Pro feature. Honestly, I can't quite see why you would go down that route on an ongoing basis when the Apple AirPods Pro are so particularly tailored to your phone's audio needs.

That leaves the wide world of Android phones, but then again you've got to install and use Huawei's AI Life application, which is Huawei's one-stop shop for controlling many of its devices, including the Huawei Freebuds Pro. If you've got a Huawei phone you'd grab that via the Huawei App Gallery, but if not, you'd assume that you could get it via Google Play, right?

You can install a version of Huawei AI Life from Google Play, but not one that will work with the Huawei Freebuds Pro.

A test install on a Google Pixel 5 found the AI Life app, but it's an older, incompatible version that will never see the Freebuds Pro no matter how many times you scan for them. That's almost certainly a victim of the same Google block that has seen so many of Huawei's latest phones unable to ship with Google services on board.

The solution is to scan the QR code in the Huawei Freebuds Pro manual, which will take you to a web page where you can download the installer. At which point any Android phone should warn you about the risks of installs outside the Play Store – and it's right – but if you want to properly use and configure the Huawei Freebuds Pro, that's what you'll have to do.

That convoluted mess fixed up, I could then get to appreciating the feature set of the Huawei Freebuds Pro. The headline feature is active noise cancellation (ANC) at differing levels, which you can only configure through the AI Life app.

The Huawei Freebuds Pro change their ANC modes with a long squeeze of either bud stalk, switching between noise cancelling, "awareness" mode and off, but there's more nuance in play here than that. From AI Life, you can set the ANC to "Cozy" mode, which only applies a relatively light level of ANC, "General" for noisier locales or to "Ultra" where it pumps up the ANC to a higher degree. There's also a "Dynamic" setting that lets the Huawei Freebuds Pro pick the correct setting relative to the noise in your environment. This works quite well in most cases, although if you are moving around a lot between different noise areas the shift can be rather obvious.

The "Awareness" setting allows for more of the higher frequencies usually associated with speech to pass through the headphones, so you're not totally isolated from the world. There's an option here too, disabled by default for "voice", which kicks the microphones into top gear to really grab a lot of audio from the outside world. I couldn't help feel a little creepy wandering around my local supermarket with that enabled, because the pick-up of other conversations was downright eery.

I was ultimately rather disappointed in the Freebuds 3 when it came to audio output, but this is clearly an area where Huawei has put in a lot of work, because the Huawei Freebuds Pro do sound a lot better for most musical types. Testing with Prince's Witness For The Prosecution, the kick drums came through with plenty of kick without losing the higher tones of the background guitars, while Suzanne Vega's classic Luka revealed its richer and lighter melodies quite well.

Switching back and forth between the Freebuds Pro and Apple's AirPods Pro still left me liking the AirPods Pro just that little bit more, largely because the Freebuds Pro seem to accentuate bass a little heavier than I'd like by default. However, it's a pretty close race, and that definitely hasn't been the case for Huawei's Freebuds offerings to date. 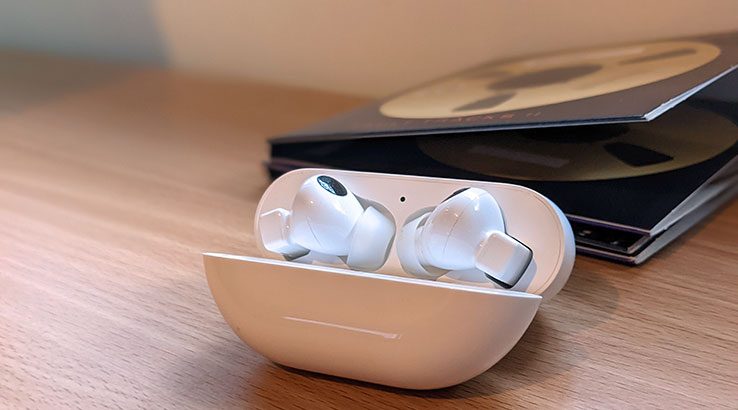 Huawei rates the Huawei Freebuds Pro as being capable of up to 7 hours of playback before needing recharging from the supplied case. I've tended more towards 5-6 hours of usage in my tests, but that's with ANC nearly always on to help me focus, and it's pretty clear that you could hit nearly that 7 hour figure in more regular use without too much trouble. The charging case can manage a little over 3 recharges for a total claimed battery life figure of 30 hours, although you'd have to factor in recharge time if you were thinking of a marathon listening session in any case.

Should you buy the Huawei Freebuds Pro?

Huawei has promised big with its true wireless headphones in the past, but it has nearly always failed to live up to those expectations, especially in the premium audio market. The Huawei Freebuds Pro do buck that trend, with some solid audio output with a rather bass-heavy bias, which won't be to everyone's tastes, but certainly brings a fair amount of kick if you like that sort of thing.

The issue around the AI Life app is a troubling one, however. It's generally not a good idea to just install APK based apps from the Internet without proper vetting, and the confusing situation of having a Google Play app that looks and feels like the working app but isn't doesn't help matters either.