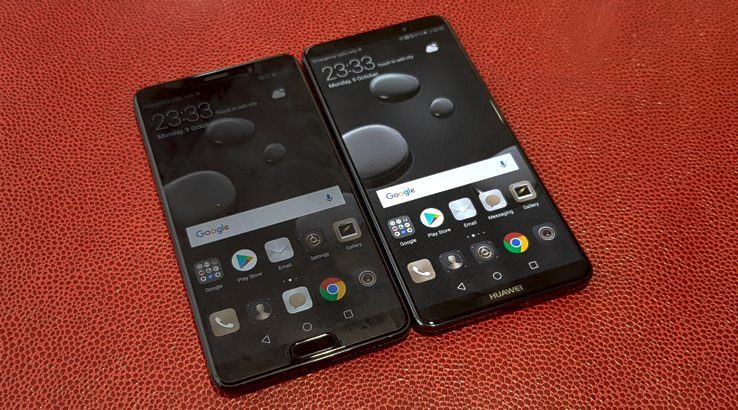 Four cameras, a full screen display and a neural processor make the Mate 10 stand out.

It wasn't exactly a secret that Huawei would announce the Mate 10 and Mate 10 Pro at its launch event in Munich today, although there was a lot of speculation as to how the Chinese phone maker would make its phablet designs truly stand out.

The Mate 10 and Mate 10 Pro will both run on Huawei's new 10nm 12-core Kirin 970 SoC, which Huawei expects to be a worthy competitor to Android solutions such as the Qualcomm Snapdragon 835 and Apple's Bionic A11 processor. That's largely backed by the use of a neural processor built into the Mate 10 and Mate 10 Pro that, according to Huawei, allows for a speed boost of up to 50% over using the raw processor alone.

The Mate 10 Pro gains its Pro certification over the Mate 10 via a few added key features. It's water resistant with an IP67 rating and is the world's first category 18 capable handset, although we'll have to wait a while for Australian networks to catch up to that speed rating. The regular Mate 10 is no slouch in that regard either, with category 16 network compatibility. 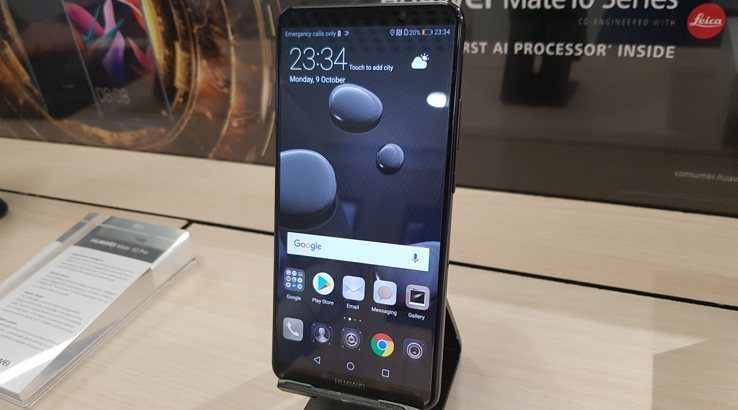 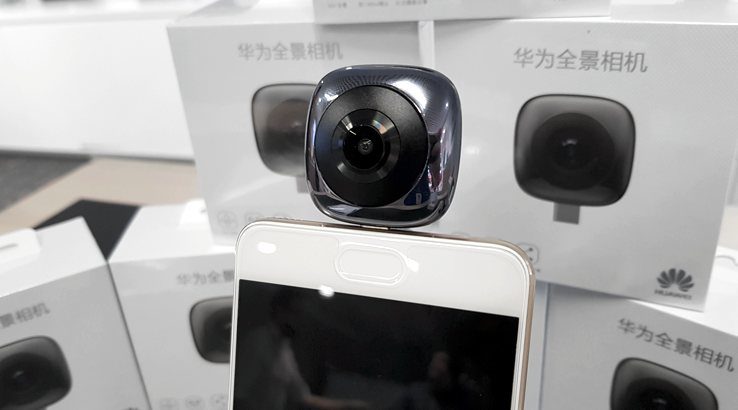 Speaking of freebies, Huawei Australia has announced that early buyers of the Mate 10 or Mate 10 Pro in Australia will also get Huawei's new CV60 360-degree camera. As the name suggests, it's a 360-degree-capable camera that plugs into any Android phone via USB C for photo and video shooting in 360 degrees. It will also head to retail stores here with an estimated retail price of $179.

On the inbuilt camera front, the Mate 10 and Mate 10 Pro also use the neural processor for image recognition capabilities, with a total of 13 image "scenes" built into the camera app. The idea here is that you point the Mate 10 at a subject, and it more or less automatically recognises the scene in front of it and adjusts the camera optics automatically to get the best possible photo. If you're a keen pro, you can still opt for manual camera modes, but its ability, at least in our brief hands-on, to pick scenes and dynamically adjust on the fly was quite impressive.

Huawei has long positioned the Mate series as its productivity phones, and with the Mate 10, Huawei's directly taking on Samsung and its DeX dock for the Samsung Galaxy S8, Samsung Galaxy S8+ and Samsung Note 8. You will be able to connect the Mate 10 to Huawei's Easicast connection cable, which hooks the phone up to an external monitor for a desktop-style experience via a Bluetooth-connected keyboard and mouse. Huawei Australia representatives have told finder.com.au that they expect the Easicast adaptor to sell in Australia for around $15, well under the asking price of the DeX dock.

In terms of local availability, the Huawei Mate 10 will go on sale on 15 November in Australia through JB Hi-Fi and Vodafone for $899 outright, while the Mate 10 Pro will arrive on 4 December through Optus for $1099 outright.

Huawei will also produce a Porsche Design variant of the Mate 10 Pro, but that model won't see release in Australia.

We've already gone hands-on with the Mate 10 and Mate 10 Pro, and you can read our early impressions right here.