On 12 May 2021, HTC announced the Vive Focus 3. Here's everything you need to know about this wireless all-in-one business focused VR headset. 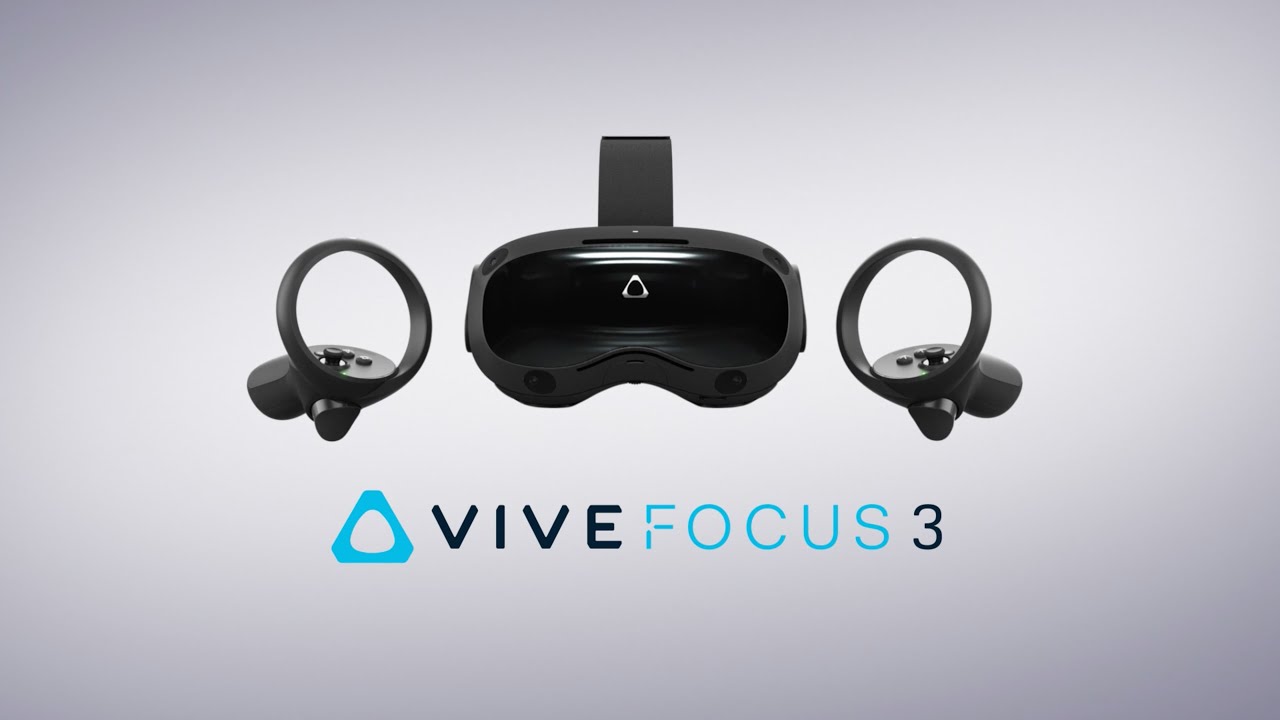 Back in early 2016, when the second coming of virtual reality started in earnest, the HTC Vive sat at the top of the pile. The biggest and the best, with a price to match. However, in recent times we're seeing the emergence of genuine competitors in PSVR 2 and then, in the all-in-one space, Oculus Quest 2. So, in 2021, HTC has come out swinging.

On 12 May 2021, pre-orders will open on two new VR headsets: the HTC Vive Pro 2 and the HTC Vive Focus 3. In this article, we're going to take a closer look at the latter. Where will it place in our list of the best VR headsets in Australia?

When is the HTC Vive Focus 3 release date?

How much does the HTC Vive Focus 3 cost?

The HTC Vive Focus 3 will retail for $1,999. This gets you not just the headset, but also the newly designed left and right controllers as well. To help grease the wheels and to make it easier for businesses to adopt the Vive Focus 3, there are some free bonuses included.

You get two years of the VIVE Enterprise Business Warranty & Service, valued at $250, so you have quick support on any issues with the device. You also get six months of free access to the Enterprise Tier of the XR suite. This features a host of business apps focused on networking, creativity and productivity. For example, Vive Sync, which allows you to host meetings in virtual environments. 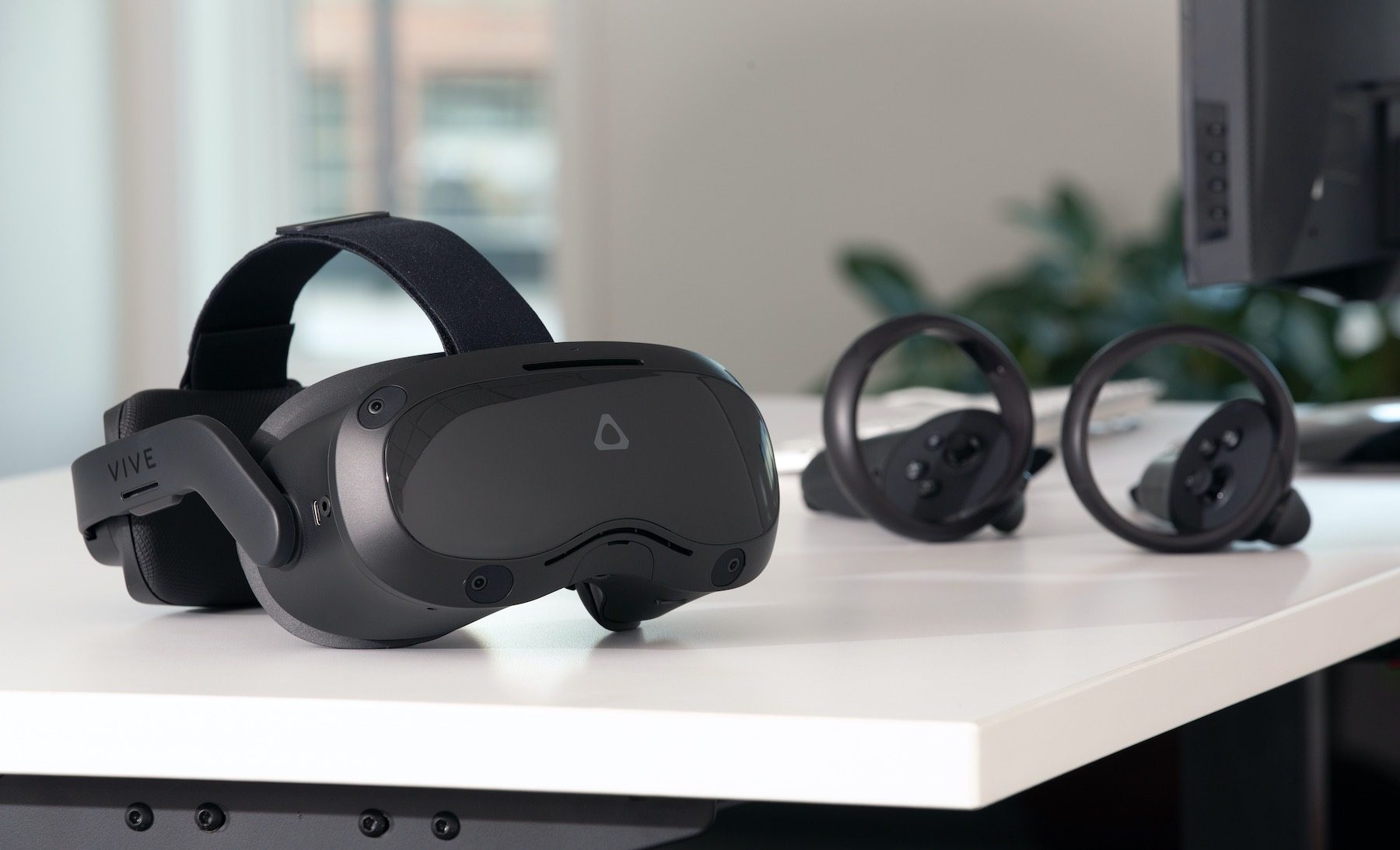 On paper, the HTC Vive Focus 3 is mighty impressive. Let's take a closer look at what you're getting for that high price tag.

HTC is pitching the Vive Focus 3 as a 5K headset, which is somewhat misleading. Since VR works by having two separate displays, one for each eye, in truth, each display is 2.5K. So it's bit of a cheeky description to say 5K, as at no point is a single image presented at that resolution.

Elsewhere, you've got a 90Hz refresh rate and a wide 120° field-of-view. The display also utilises real RGB pixels, which work to reduce the "screen door effect", where it feels like you're looking through mesh.

The big news is that the Vive Focus 3 utilises the Qualcomm Snapdragon XR2 chipset alongside 8GB of RAM. As the only mobile chipset optimised for spatial computing, it's a good fit for a wireless VR headset. HTC has worked with Qualcomm for a decade and that experience has allowed it to better deal with heat. The headset features a copper heat pipe and active cooling via a fan that pushes hot air through vents on either side of the headset.

This is a wireless headset that utilises Wi-Fi 6 and can better leverage 5G network speeds. This convergence of VR and 5G is being coined the Vive Reality by the company.

We expect our technology to get smaller and better over time, and so it has come to pass with the Vive Focus 3. The chassis is now made of magnesium alloy, which makes the device 20% lighter than its predecessor. Yet it's 500% stronger, which HTC says was a deliberate choice so it can handle the rough and tumble of being passed around in a business environment all day, every day.

It's also smaller. The adoption of a new dual element lens approach to the screen tech allows for this, ensuring you can get a wider field of view in less space by changing the way the image hits your eye. You've still got a good 57mm to 72mm adjustment range in the headset band to fit a wide number of faces – and glasses.

The controllers for the HTC Vive Focus 3 are newly designed, but don't obviously differentiate much from the controllers we've become familiar with in recent years. They're definitely an upgrade from the Vive Focus Plus controllers, using infrared tracking via the headset's four built-in cameras and a rechargeable battery.

They're also said to be quite light, "one of the lightest of controllers on the market". And although they won't launch with finger-tracking, they are capable of doing so, and will in the future. The controllers charge via USB-C ports and hold about 15 hours of life. Interestingly, you cannot use these controllers with the HTC Vive Pro 2.

How long does the battery last on the HTC Vive Focus 3?

You can get 2 hours of battery life out of the HTC Vive Focus 3. However, the battery itself is easily removable, allowing you to have spares on hand that are fully charged. This is a feature designed with business-use in mind. The battery can also quick charge to 50% in 30 minutes. 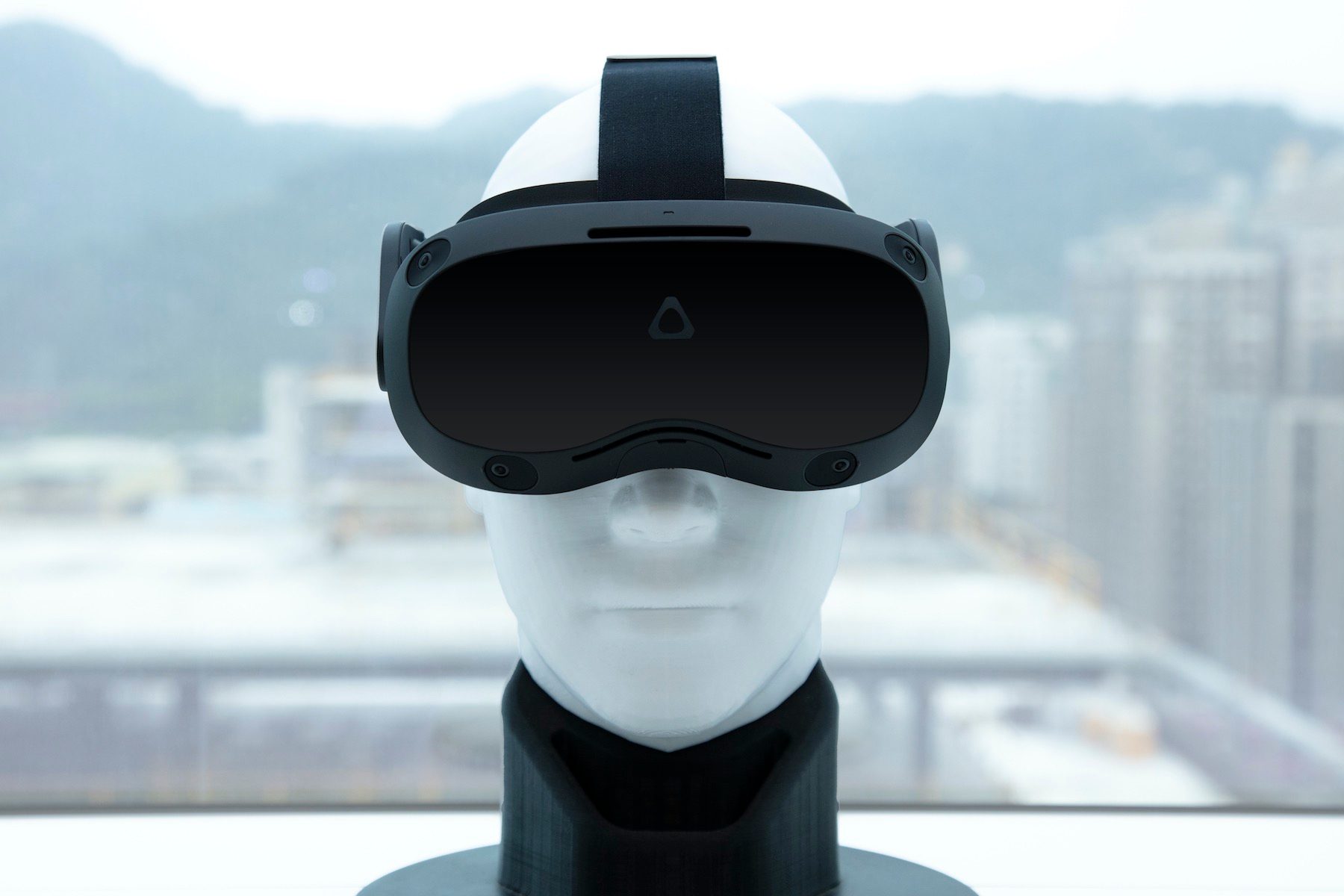 Here's a quick overview of how the HTC Vive Focus 3's specs compare to the Oculus Quest 2. Needless to say, they have vastly different demographic targets. The former focuses on business, the latter on entertainment. The price variance, while relevant, isn't reflective of the specs as much as it is the business-focused design features and extended services.

How to pre-order the HTC Vive Focus 3

Being a business focused VR headset, the HTC Vive Focus 3 isn't sold through traditional retailers. Instead, you're advised to contact the sales team at HTC directly to set up your company for virtual reality.

The Vive Focus 3 is an enterprise VR headset

While many of us may think of gaming first when we think VR, there are plenty of other use cases that have emerged in recent years, especially in business. Virtual Reality is proving to be an incredible education tool, for example, as well as an effective channel for communication and design. For some businesses, such as real estate, it's also empowering new sales techniques to consumers and clients.

The Vive Focus 3 is built for business. Indeed, you can't even access the VivePort app store and the entertainment apps it houses. In its place comes the Vive Business app store with six categories of curated apps.

HTC intends to offer an end-to-end solution alongside the launch of the Vive Focus 3. As well as being set up with the technology, there's access to a device management system so IT can track, control and manage all VR headsets in an organisation. This solves a lot of compliance and security issues for IT departments, ensuring that the deployment of confidential content through an organisation's fleet of VR headsets isn't able to spill out into the ether of cyberspace. Indeed, tracking data is not only stored on the VR headset itself, but it's encrypted to boot.

Ultimately, the way HTC sees it, when you buy into the Vive Focus 3 environment, you're getting access to a platform that provides not just the hardware and software, but the services to efficiently and effectively get VR integrated into a business's infrastructure. Keep an eye on Finder for a full review when it launches on 25 June 2021.

Save $58 on Oculus Quest 2 right now with this trick HTC Vive Pro 2 review: Is it worth the upgrade?