HTC Vive Flow: Is it VR aimed at gaming or lifestyle? 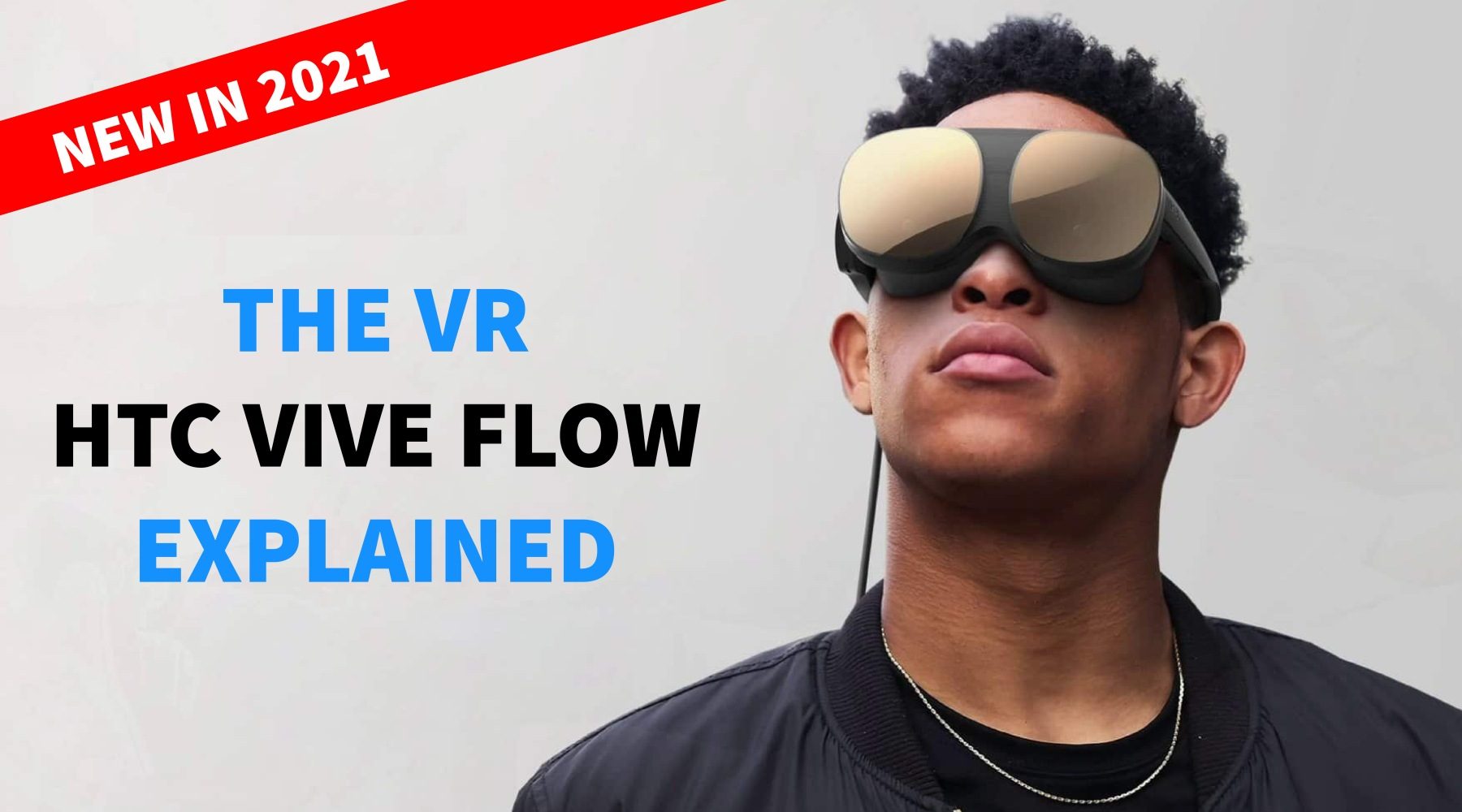 The HTC Vive Flow is a wireless VR headset with a design reminiscent of smart glasses, but what kind of experience is it offering?

In the early hours of 15 October 2021, HTC announced its newest VR headset. It's called the HTC Vive Flow, a wireless super-slim VR headset with a design reminiscent of smart glasses. It's certainly a lot smaller than the HTC Vive Pro 2 that I reviewed earlier this year.

It may also remind you of The Fly, given its bug-eyed design. Not that it doesn't look like a cool piece of tech, but it's a world away from anything else we've seen in the space before.

On the surface, the HTC Vive Flow looks like it is positioned to challenge the Oculus Quest 2 in the wireless VR space, but is that a fair assumption? Is it about gaming or something else? Let's dive in for a closer look. 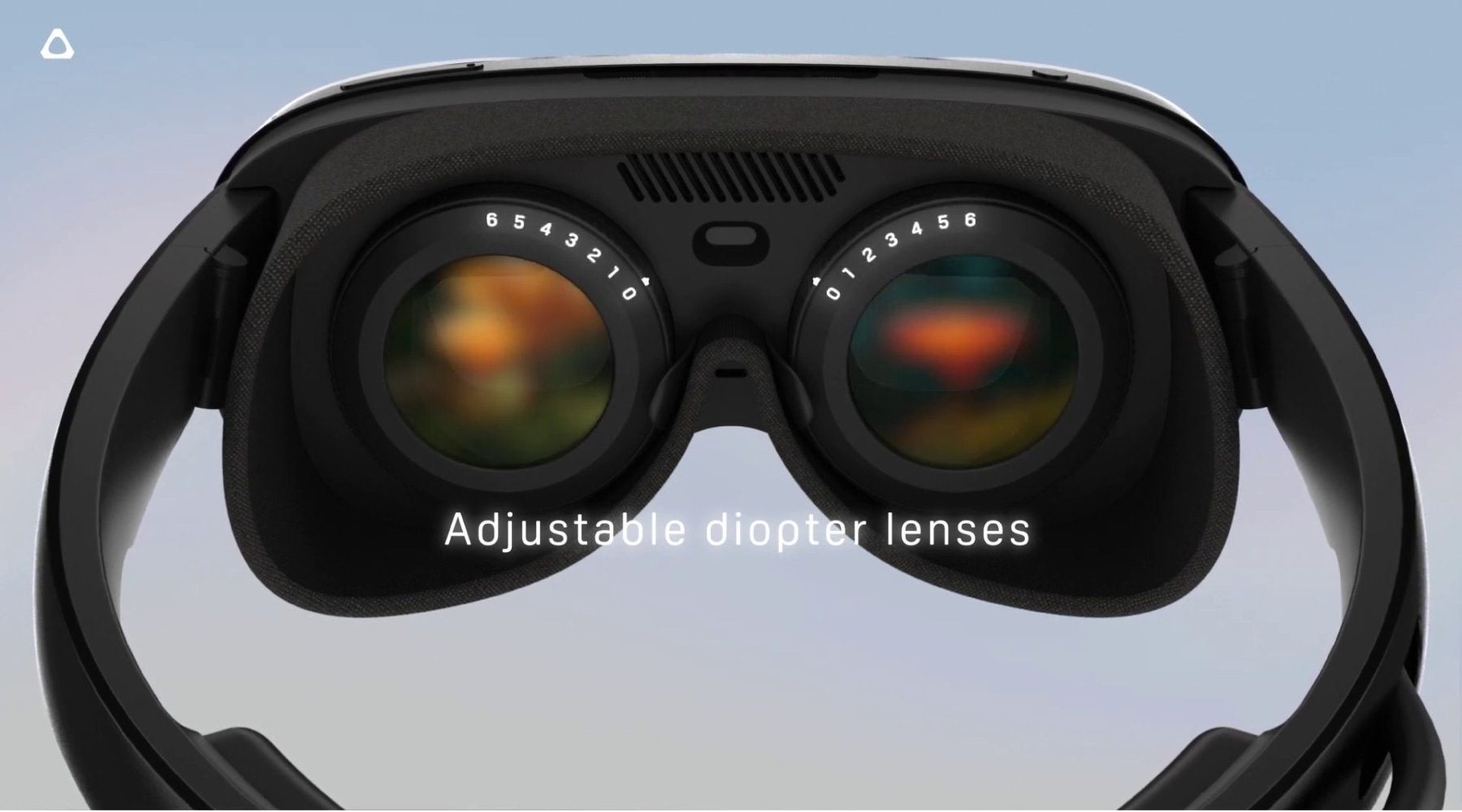 When is the HTC Vive Flow coming out?

It will arrive in Australia, and the world, November 2021.

How much is the HTC Vive Flow?

If you want access to Viveport, an introductory $8.99 a month subscription will be available for an undisclosed amount of time.

Does the HTC Vive Flow have any pre-order bonuses?

If you pre-order through the official site, which opens from 15 October 2021, you'll get the VIVE Flow carry case and 7 pieces of content as a bonus. 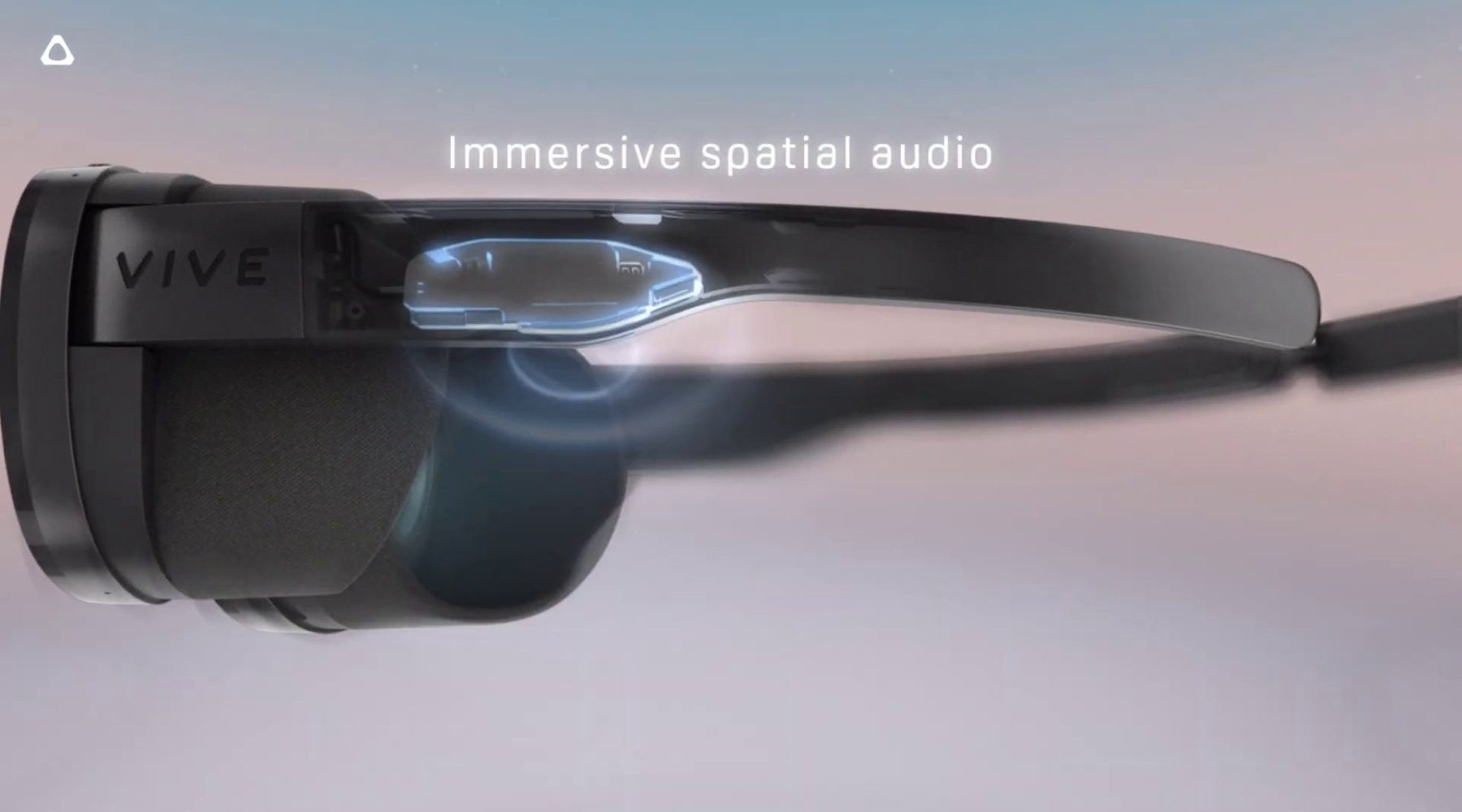 Is the HTC Vive Flow wireless?

Yes, it is. Or is it? The supplied images aren't clear, and the press release I received simply didn't make a comment on it either way. There are clearly images where the wearer is using the HTC Vive Flow wirelessly. While others just as clearly show a thin (by VR headset standards) wire attached to the back right arm of the headset. Likely, it's a power cable to reduce the load on the battery when it's being used near a power source.

HTC has not revealed how long the battery will run, but it has confirmed you can upgrade to a longer lasting 10,000mAh battery for an extra cost.

It's certainly wireless in terms of how you access the content, but only when used with a compatible Android phone. At launch, it looks like iOS won't be supported. It's also worth noting that while wireless, if you're not on your home Internet, HTC specifically spoke to needing 5G speeds. This suggests that HTC doesn't believe 4G has the bandwidth to stream 2 versions of content to each eye of the HTC Vive Flow at an acceptable resolution.

Does the HTC Vive Flow work with iOS?

No, it doesn't. At least not at launch. There was no mention of Apple or iOS anywhere in the press reveal. 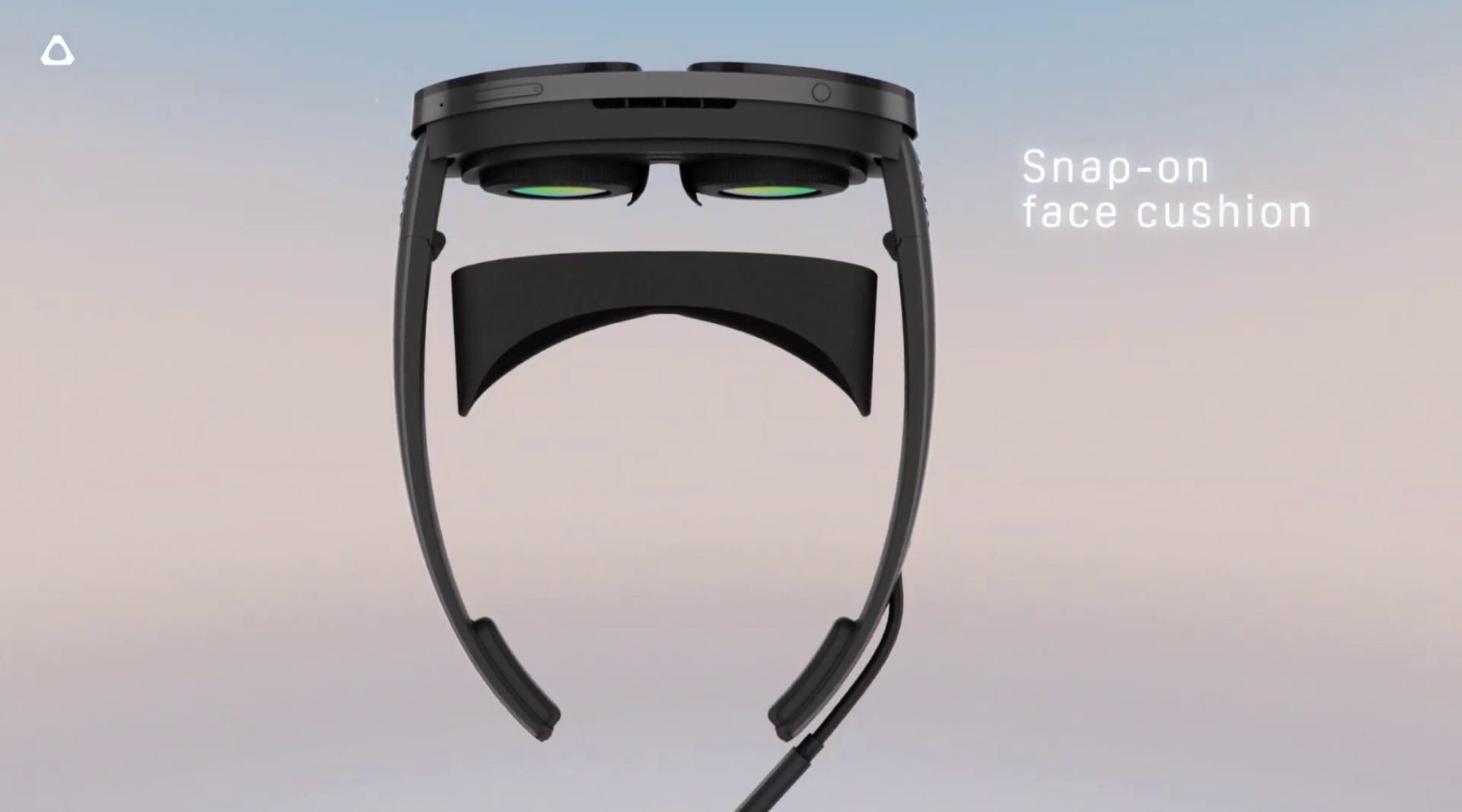 Is the HTC Vive Flow aimed at gamers?

No, it's not. The device, which gets its name from the saying "go with the flow", is looking to become more of a lifestyle wearable. One you can literally fit in your handbag and take with you to work should you need to peace-out from the real world for a while.

In the initial reveal, HTC spoke of people using the Vive Flow as a wellness tool. By providing access to the thousands of apps available in Viveport, users can do meditation in VR, brain training apps, socialise and collaborate through Vive Sync and more.

You'll also be able to stream movies and TV from an Android phone directly into the VR headset. The content is presented in a VR theatre experience, giving you far more immersive entertainment than what you might get with your normal TV.

Viveport does have games, however. And while the initial release does a good job of not mentioning gaming at all, you will have access to a sizeable library of decent games in theory. But how many you can play may be limited, given the lack of controllers.

What controller does the HTC Vive Flow use?

The HTC Vive Flow does not ship with any controller. Instead, you will be using your compatible Android phone as your controller. It's not clear whether this is being tracked or merely allowing you to scroll through the interface as if it were a remote.

There were rumours that the headset would track your hands, but there was no mention of that during the press reveal. As a result, certain Viveport apps – namely games – may be hard if not impossible to play. HTC also didn't mention if you can sync the Pro 2 or the Focus 3 controllers with the Vive Flow, should you have them on hand.

What's with the design?

The HTC Vive Flow has a unique and, in my opinion, exciting design I'm really looking forward to trying on. It borrows more from the HTC Vive Focus 3 than the Pro 2, which is the company's business-focused headset. It's got a similar magnetic snap-on/snap-off face gasket cushion, as well as in-built tracking, rather than relying on base stations and Steam VR.

The back of the headset has an open-ended design, as you'd see with smart glasses. Speakers are built into it just above the ears. The band operates on a hinge system that allows it to adjust to multiple head shapes. Interpupillary distance dials then let you shift the lens end in and out so you can get the right focus for your eyes.

The HTC Vive Flow is far smaller than any of the company's other VR headsets, that's for sure. But the technology inside is also certainly a significant step down from the Vive Pro 2. My main concern is balance – will it feel front heavy? And if not, is that because it's painfully clamping onto your head?

Hopefully, we will find out more soon. 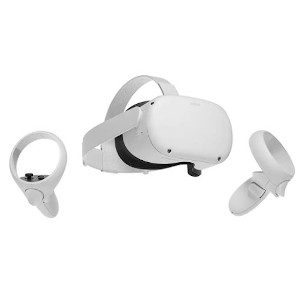 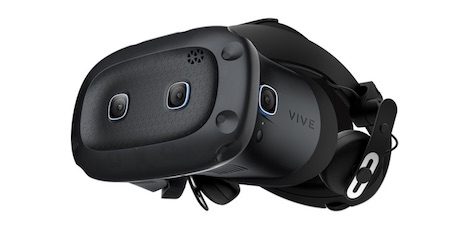 The new-and-improved Oculus Quest 2 headset is back on sale at Amazon. The package contains everything you need to step into 3D worlds, with no PC or console required. We've seen it selling online for over $600, but Amazon has it for $479.

If you're in the market for a VR headset in 2021, there are plenty to choose from. Why not check out our selection of the best VR headsets available in Australia. 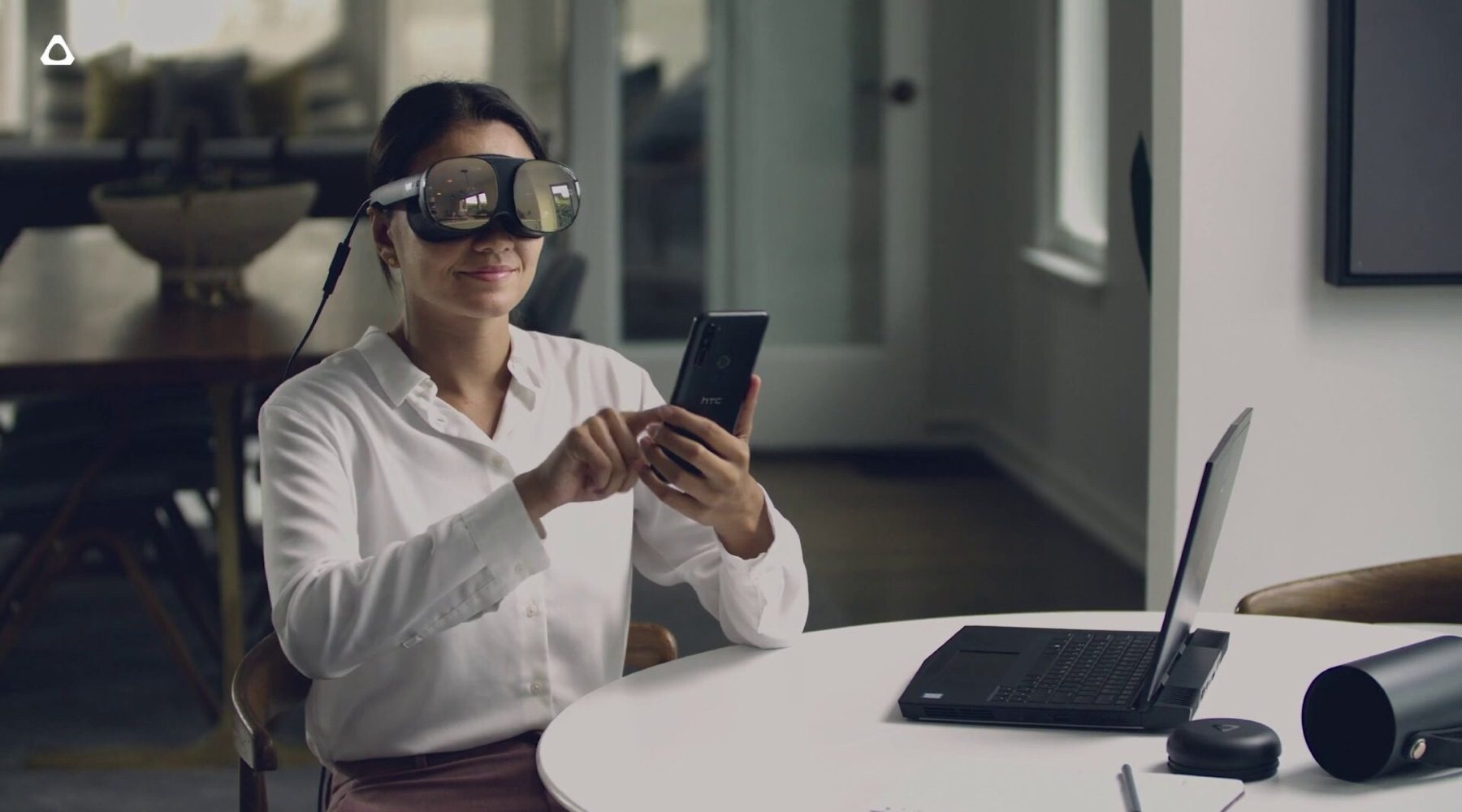