Australia’s credit card issuers are dramatically scaling back rewards, but this could be a good thing for consumers.

Anyone who’s ever had a rewards credit card will tell you that they can be annoying to use. From credit card surcharges, high interest rates and steep annual fees, to some retailers not accepting your card at all, getting value from a rewards card can be frustrating. But with the right card choices, you can score some real bonuses. Here's how. 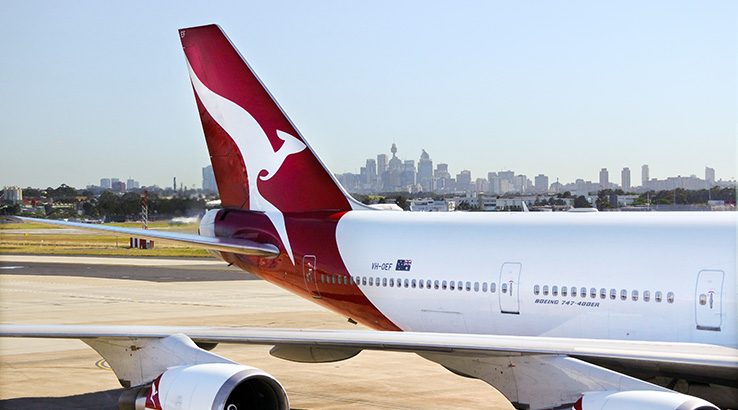 How cards are changing

There are plenty of $0 annual fee credit cards out there, and there are also an increasing number of cards with low interest rates. However, for those who are good at paying their balance off every month and want to get a bit more value from their spending, rewards cards are a good option. These cards tend to have high annual fees; the average across the market is over $180.

Some retailers refuse to accept certain cards or apply a surcharge, with Amex cards more likely to be affected. This is due to the higher cost of accepting these cards for the retailer, which in turn funds the costly rewards programs. As a solution, some banks have been issuing customers with a “combo” of both an Amex card (which gets more points) and a Visa or Mastercard (which is accepted universally.)

However, big changes have occurred in the credit card market recently. The first is that the government has limited how much retailers can charge customers for accepting cards, meaning the surcharge must now truly reflect the cost to the retailer.

The second is that the interchange fee is now limited. Essentially, this is the component of the credit card fee which goes to the card issuer who operates between the retailer’s bank and the customer’s bank. Think of it as a middleman fee. The RBA has capped this fee at 0.8%. This will apply to all cards issued by Australian banks. However, this change will not apply to Amex cards issued directly by Amex (as there is no middleman).

How to make those changes work for you

As a result of these new regulations, we’ve seen some banks ditch their Amex companion cards. On the surface, this looks bad for the consumer. The earn rate on ANZ’s $425-per-year Frequent Flyer Black Amex card, for example, was 1.5 frequent flyer points per dollar, while the earn rate on the accompanying Visa was only 0.75, with 75,000 bonus points on sign-up.

ANZ have replaced this duo with a single Visa card earning one point per dollar, with the points earning rate halving once you earn over 7,500 points in one month. While this is less than the old Amex, it is the highest earn rate we have seen for regular spending on a Visa card. Furthermore, ANZ have reduced the annual fee for this card to $0 in the first year, while still offering the 75,000 points signup bonus once you spend $2,500 in the first three months.

The 77,500 points you would earn from signing up for this card alone and activating the bonus would be enough to fly return from Sydney to Hong Kong, with sufficient points left or a sneaky weekend trip to Brisbane.

For Amex fans not keen on paying an annual fee but still looking for a solid earn rate, there is the $0-per-year Qantas American Express Discovery Card. This also earns one point per $1 with no upper earning limit, plus you’ll earn 5,000 sign-up points once you spend $750. If you’re a semi-regular flier, there is more value to be had here too - double points for any Qantas spend, and another 2,500 bonus miles if you book a Qantas flight on the card. The other benefit to the dual-card setup is that if you have a big expense, such as a holiday, you can spend over $7,500 in one month and still earn one point per dollar. 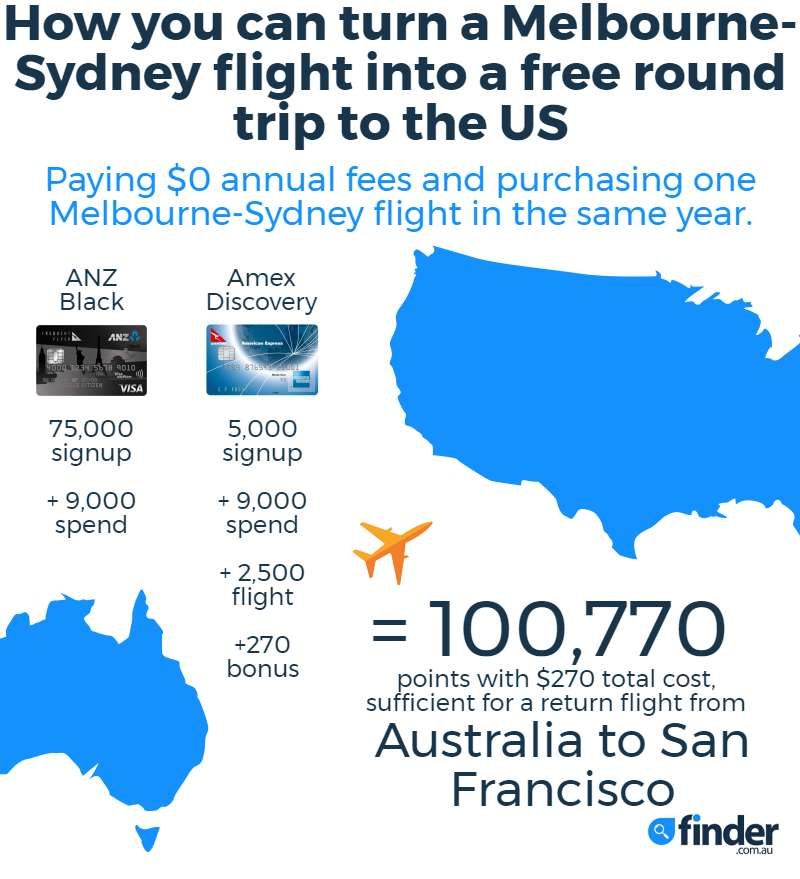 If you were to take advantage of both of these offers, spend $1,500 per month across both cards and book one Qantas return flight from Melbourne to Sydney ($270), you would clock up 100,770 points in the first year. This would get you to San Francisco and back, and be enough to book one flight from Australia to pretty much anywhere in the world. You could also take advantage of the Qantas lounge, as two passes are included with the ANZ Visa.

So there’s a lot of potential in today’s credit card market to clock up frequent flyer points while avoiding annual fees, as banks and card issuers flight for new customers in a changing market.

However, it’s worth sounding a note of caution here. Both these cards have interest rates over 20%, so this plan is only worth looking at if you’re confident that you can pay off the balance each month. The ANZ annual fee is only waived for the first year, so you should also reassess your needs after 12 months.

Since applying for multiple cards simultaneously could have a negative effect on your credit score, it may be a good idea to spread the applications out by a couple of months, and cancel any other cards you already have. You can check your current credit score for free here and explore more rewards card options on finder.