How would a Google Huawei ban affect Australia? 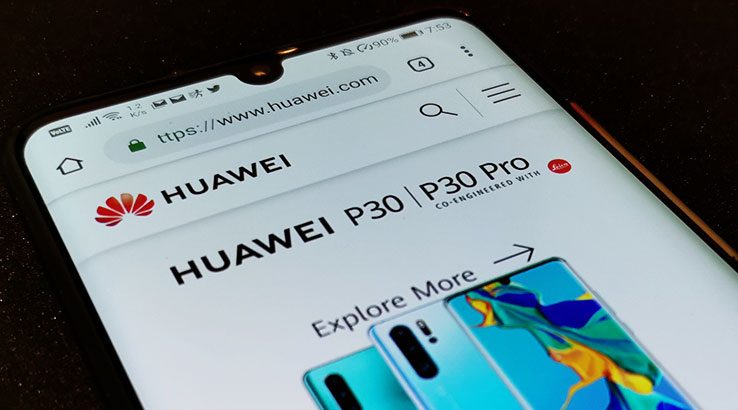 Reports suggest bad blood around Android, but what happens next?

According to reports from Reuters and The Verge Google has suspended business with Chinese smartphone and networking manufacturer Huawei. It's an action taken as a result of US President Donald Trump's ban on US businesses working with Huawei.

The politics are a messy affair. It's feasible that it could be resolved without direct impact on Huawei's phone businesses. However, as we've seen in the past with US sanctions against ZTE, it could have some pretty significant impacts on how Huawei structures its phone business in the future.

That could seriously impact the phones you buy, and the ones you may already own. We've reached out to Huawei Australia for comment and will report if any statements are made. In the meantime, here's what you need to know.

Will my Huawei phone stop working on Australian networks?

No, there's nothing in the US orders that would crash Huawei phones from working on Australian phone networks.

There's not even anything that would affect usability of Huawei phones in the USA. The frameworks for network portability are well laid down, and no existing Huawei phones should be blocked from access.

On an existing Huawei phone bought in Australia, the answer should hopefully be no. Those devices still have signed access to the Google Play Store and should be able to access existing apps and frameworks.

Google has issued a statement which backs this up, stating that

"We are complying with the order and reviewing the implications. For users of our services, Google Play and the security protections from Google Play Protect will continue to function on existing Huawei devices."

It's possible that future Google reconfiguration of Android apps and services could affect how those phones access app updates if they can't get fresh updates, but that's a little tough to discern right now.

Update 21/5/19: It certainly seems unlikely that Huawei devices won't be able to get critical updates, with Reuters reporting that the US government has eased restrictions on Huawei purchasing US goods for 90 days "in order to maintain existing networks and provide software updates to existing Huawei handsets."

What about full Android OS upgrades?

That's where it gets a lot worse for Huawei, because a ban on working with Huawei could well lead into a block on updates to Android Q and beyond.

The Huawei Mate 20 was one of the phones listed by Google as being part of the Android Q beta release. That could mean that deals are already in place and software is already written, but it's far from assured.

Is it risky to buy a Huawei Android phone?

That's a very open question right now. The US ban is political in nature, and a lot can happen in politics in a relatively short span of time. The reality in that market is that Huawei doesn't sell phones under its own brand in the USA, although its Honor subsidiary does.

The report suggests that "Details of the specific services were still being discussed internally at Google". As such, it may be a short term political ban. Huawei's existing deals may be enough to see it ride out the ban and continue to deliver full Google-backed smartphones.

However, if the ban persists, Huawei would be locked out of the primary Android ecosystem of Google Apps and access to the Google Play store. It's still feasible to deliver "Android" devices without Google, through the Android Open Source project. Huawei would then have to layer its own apps and services into devices sold outside China.

Within China this is exactly what Huawei already does. Google's own apps and frameworks are explicitly blocked there, so Huawei phones sold in China look like Android, but run Huawei's own approved apps instead.

It's why it's not a great idea to import a Chinese Android phone from any Chinese phone maker, unless you're particularly keen only on the Chinese smartphone experience. It's a more controlled (and reportedly monitored) than a direct Google-based Android device.

Will this kill off Huawei?

No, that's not at all likely. Huawei is still huge in its home Chinese market. It's still a big player in European networking architecture as well. Huawei will undoubtedly pursue legal redress against the ban in whatever form it finally takes, presuming the political side of matters isn't smoothed out in the meantime.

While Huawei is also reportedly working on its own internal operating system, a play that's likely only to get traction in true budget phones where access to extensive feature sets isn't seen as being quite so vital.

In recent times we've seen a lot more work in the premium space from Huawei through excellent devices like the Huawei P30 Pro or the Huawei Mate 20 Pro.

What are my alternatives to a Huawei phone?

Huawei doesn't own Android as a phone environment, and there are plenty of options available to you depending on your needs and budget.

If you're after a more affordable phone with a premium feel, the Oppo R17 Pro or possibly Oppo's upcoming Reno phones may be worth considering, or for that matter the freshly launched Google Pixel 3a. Samsung has seen its market share attacked pretty heavily by Huawei's phones, and its Galaxy S10 phones are also worth consideration.

If you're after a premium phone you can check out our list of the 10 best phones available in Australia right here.