How will the Zika virus affect the Rio Olympics? 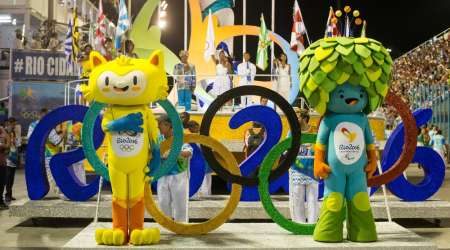 New fears about the virus are causing concerns ahead of the Summer Olympics in August, as the University of Sydney's Cameron Webb explains.

The outbreak of mosquito-borne Zika virus in South America has cast a shadow over preparations for the Olympic and Paralympic Games to be held in Rio de Janeiro. As the games draw closer, health authorities are on alert and anxieties are rising among athletes, officials and supporters.

While health authorities have known about the Zika virus for decades, significant public health risks have only recently been identified. Generally, only about one in five people bitten by an infected mosquito develop symptoms and the illness is considered relatively mild. However, rare but more serious consequences have now been documented. Of particular concern is the link between infection of those pregnant and birth defects, especially microcephaly.

The World Health Organisation declared a Public Health Emergency of International Significance in February 2016. Many nations, including Australia, have issued warnings for pregnant women to avoid travel to countries experiencing an outbreak of Zika virus. Brazil is on this list of countries.

Is Zika really a problem for the Olympics?

There have been calls to cancel, or move, the Olympics due to the risk of Zika virus. Concerns have also been raised by both athletes and journalists planning to travel to Rio about the immediate and future health risks posed by Zika virus.

The threat of dengue virus during the 2014 FIFA World Cup was flagged as a possible problem. These concerns led to a number of investigators analysing the seasonal activity of mosquito-borne disease in Brazil. This has implications for current Zika virus risk as the same species of mosquito, Aedes aegypti, that spreads dengue also spreads Zika.

Studies found that the risks ebb and flow throughout the year across Brazil with changes in temperature and rainfall. Less rainfall means fewer mosquitoes. Fewer mosquitoes mean less pathogen transmission and lower risk of infection. With the games to be held in August and September, which are some of the relatively coolest and driest months of the year, transmission risk should be at its lowest level all year.

Australian Olympic officials have made it clear Zika virus poses a minimal risk to athletes. Notwithstanding the considerable efforts by local authorities to reduce mosquito populations around Rio, the climate will assist in keeping mosquito populations down too. Add to this efforts by travellers to avoid mosquito bites and the overall risks of being bitten by mosquitoes are low, and even lower that you’ll be infected with Zika virus.

On balance, given the low risk of Zika virus transmission in Rio at the time of the Olympic and Paralympic games, combined with the fact that the virus will generally only cause mild disease, there is little reason for most people not to travel to Brazil.

However, recommendations from both the Australian government and US Centres for Disease Control and Prevention (CDC) warn against those pregnant travelling to Brazil. While there may not be many pregnant athletes, this may be important advice for officials, journalists and supporters planning to travel to Rio.

No vaccine protects against Zika virus. The only way to prevent infection is to avoid mosquitoes.

Staying indoors in air-conditioned facilities will minimise contact with mosquitoes. Covering up with loose-fitting clothing with long sleeves and long pants, together with closed-in shoes, will again reduce the possibility of mosquitoes finding some exposed skin to bite.

A range of topical insect repellents that are both safe to use and effective at preventing mosquito bites is available. It is important that repellent is brought from home as it may be hard to find once you get to Rio and anything available may not go through the same testing and approval processes of Australian formulations.

More importantly, mosquito repellents should be applied in the morning, not just the afternoon and evening, as the mosquitoes that transmit Zika virus bite during the day. An even application to all exposed skin will provide the best protection against mosquitoes.

Given these mosquitoes bite during the day, sleeping under a bed net at night won’t provide much protection.

Best to avoid mosquito repellent wrist bands, ultrasonic smartphone apps or any products “too good to be true” in their claims of preventing mosquito bites.

Australian Olympians will be provided antiviral condoms that may not only prevent sexually-transmitted infections in Brazil but may help stop an outbreak of Zika virus back home.

Consultation with your local doctor or health care provider is highly recommended for those planning a family following travel.

The risk of unwanted souvenirs

Aside from the immediate health risks to those travelling to Rio, there is also the risk that infective travellers will bring Zika virus back to Australia and trigger a local outbreak.

The risk of an outbreak of Zika virus in our major metropolitan regions is low. Firstly, there is an absence of suitable mosquitoes in our cities. Secondly, travellers will be returning well before our peak periods of mosquito activity in central and north Queensland where those mosquitoes are present. Notwithstanding the preparedness of local authorities, the timing of the Olympics means the risk of local outbreaks is even further reduced.

There is little doubt the situation in Brazil will be closely monitored as the games approach. The recommendations of international health authorities will be under regular review. Any travellers heading to Rio should keep an eye on the recommendations from the Australian government via the Smart Traveller website.

Cameron Webb is Clinical Lecturer and Principal Hospital Scientist at the University of Sydney. This article was originally published on The Conversation. Read the original article.