How will interchange fee regulations impact your credit card? 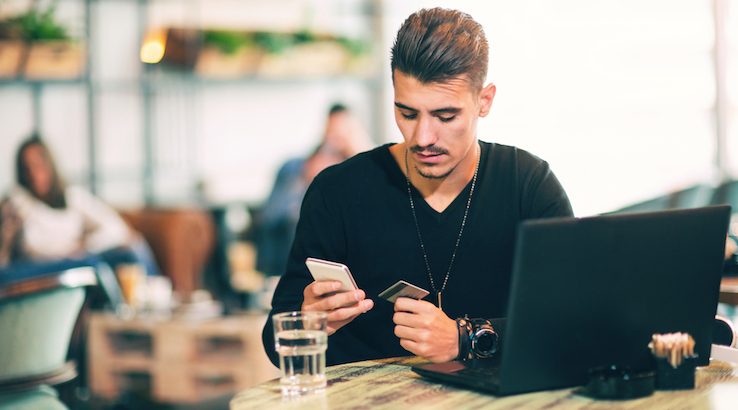 You've probably heard of interchange fees before, but until recently may have never realised how they impact the way your purchases are processed. However, this is about to change. While the RBA interchange fee regulations won’t come into place until 1 July 2017, we’ve already witnessed some of the consequences it has had on credit card products in recent months.

What are the interchange fees?

First off, let’s quickly explain what interchange fees are and what's changing 1 July 2017. When you make a purchase with your credit card, the merchant’s bank has to pay a percentage-based fee to compensate your card issuer for the value the merchant receives when they accept the electronic payments. So, while you don’t have to pay a fee, the bank that the store owner or organisation is with will have to pay a fee for accepting your bank’s payment.

While the store’s bank uses the fees to cover the cost of setting up and maintaining the payment system, your bank will use the interchange fee to pay for credit card features such as rewards points.

The RBA is responsible for regulating these card payment systems, but last year the ACCC announced that it would also have the right to monitor companies that charge excessive credit card surcharges. Following various Senate Inquiries, the RBA and ACCC announced that an interchange fee cap would be introduced in the new financial year.

Currently, high-end rewards cards collect interchange fees of around 1.5% to 1.7% of the transaction. As of 1 July 2017, though, the interchange fees will be capped at 0.8% for all Australian-issued Visa and Mastercard credit cards. This also applies to American Express dual credit cards such as the Commonwealth Bank Business Awards credit card.

While this is good news for merchants who no longer have to pay exorbitant fees, it means that banks will have to make up for the losses in other ways. This is where the changes to your credit card come in.

How will they impact my credit card?

You might’ve noticed that banks have been dropping their earn rates, changing their bonus points offers and increasing their fees following the announcement. This is because they’re trying to make up for the losses they’ll experience following the interchange fee changes.

Many banks used the money they received from interchange fees to pay for their reward programs. So, following the RBA’s decision to implement a rate cap in 2017, we saw more than 10 banks announce changes to their rewards programs in 2016. For example, ANZ dropped the earn rates across its Rewards range, Bank of Queensland and Citi removed BPAY from its list of eligible transactions to earn points and CommBank increased its exchange rates from Awards Points to Qantas Points. Across the board, cardholders now have less competitive earn rates and fewer opportunities to pick up points.

To be fair, many banks have lowered their credit card annual fees to help customers compensate for the drop in the value of rewards programs. However, we have seen some other fees go up that could be attributed to the interchange rate changes. For example, both NAB and the St.George group have increased their late payment fees from $9 to $15. While neither of the banks have confirmed it, these fees could be another way for banks to increase their revenue and make up for the lost revenue caused by interchange fees.

How can I make sure I'm getting maximum value from my credit card?

Unfortunately, there is no denying that many credit cards have dropped in value as a result of the interchange fee caps that will apply in the new financial year. However, staying aware and keeping track of card changes can help you ensure you’re still getting good value from your credit card.

For example, make sure you confirm what your card’s earn rate is and know exactly how many points you’ll earn per dollar. As some cards have also removed the option to earn points on BPAY and ATO transactions, it’s important to understand what is eligible for earning points. Some cards have also implemented points caps and reduced earn rates after a certain spending threshold, which could limit your points earning potential.

If your bank is making changes to a card or its rewards program, you should receive a notification via email, in the mail or by SMS. Otherwise, make sure to read over the product disclosure statement to confirm whether the card offers the features you wanted when you first applied for the card.

Although the interchange fee regulations won't come into place for another few months, it's possible that you'll see the impacts it'll have on your credit card well before then. As long as you remain informed, ensure you're familiar with your card's earn rates, features and fees, you can still get value from your credit card. If your card no longer offers the earn rates, rewards program or low fees you applied for, you can start comparing other credit card options here.