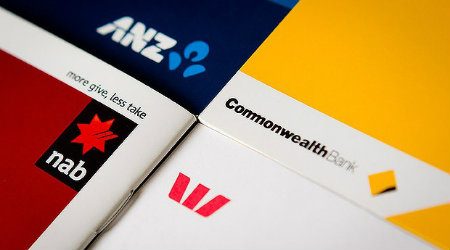 As major Australian banks’ credit card losses get worse, expect reward points and other benefits to be cut.

2016 is proving to be a difficult year for many of Australia’s biggest banks. Today, ANZ has announced that it has experienced a 24 per cent drop in its first half cash earnings, resulting in a dividend cut of 7 per cent. This will be the first time ANZ has cut its dividend since the global financial crisis. Rather than the consensus forecast of $2.6 billion, ANZ’s cash profit was only $2.8 million. With a net profit of $2.7 billion, this is a 22 per cent decline from the $3.5 billion reported this time last year.

Things are also looking grim for Westpac. Yesterday, the bank announced that its earnings from credit cards decreased by $42 million in the first half of the year. Revealing a disappointing $3.9 billion first-half profit, Westpac fell short of its forecasted $4.1 billion. Its non-interest income - which at $2.96 billion was 8 per cent below the 2015 first half and 6 per cent below market expectations, is also expected to continue to drop.

What has caused ANZ and Westpac’s loss in profit?

The financial blows experienced by ANZ and Westpac have been partially attributed to the lowered merchant fees from Visa, MasterCard and American Express as the Reserve Bank of Australia (RBA) prepares to cap the fees at the end of 2016.

The change in fees has resulted in a loss of $200 million of the $2.5 billion in fees the banks receive every year from interchange rates, which is paid by merchants whenever they accept a credit or debit card.

How will these losses impact customers?

As these financial losses impact the banks’, they flow down and impact the fees and extra features that are available to cardholders. Below we’ll look at how the banks’ losses could impact you.

The interchange fees that customers pay when using their credit card is largely what banks use to purchase rewards points (such as frequent flyer points), to reward their cardholders. However, as the RBA introduces interchange fee caps and banks suffer subsequent financial blows, this means a drop in the funds they have to purchase rewards. As such, we’ve seen many banks including ANZ, Westpac, Bankwest, Bank of Queensland, Citibank, Commonwealth Bank and HSBC (to name only a few), cut the earn rates in their rewards programs in an attempt to make their dollars stretch further. For example, the Commonwealth Bank credit cards can no longer earn points for tax payments and Citi Prestige cards now have a transfer rate of 2 Citi Rewards per 1 Velocity Point rather than 1.5 Citi Rewards per Velocity Point. This might be effective for the bank, but it means that cardholders’ points are losing value.

Many cards offer interest-free days as a reward for repaying their balance in full by the end of the statement period. However, this is another extra perk that could be threatened following the banks’ financial losses. Bankwest was one of the first to demonstrate this, with the interest free days dropping from 55 interest free days to 44 interest free days on the Bankwest Qantas World and Bankwest Qantas Platinum MasterCard cards as of 20 June 2016. As well as a drop in earn rate value, the value of the cards has fallen by 25%.

Complimentary insurance is another extra that might take a hit. No providers have made drastic changes to their complimentary insurance as a result of the RBA caps, but it could be a possibility. Again, providing complimentary insurance for customers costs a lot of money. So there could be instances where you receive fewer benefits or you’re required to cover a larger amount of your holiday costs on your card to be eligible for the insurance. If this ever becomes the case, consider how much you’re saving on paying and finding your own travel insurance and determine whether it makes more sense to take advantage of the complimentary cover or source your own.

Another perk that could come under fire as a result of the RBA cuts is complimentary lounge access. Some cards, such as the ANZ Frequent Flyer Black card and the St.George Amplify Signature credit card, offer complimentary lounge access with the card. However, as this is an expensive feature that banks also need to purchase from the airline frequent flyer programs, it’s likely that this perk could also lose value in the future. Whether the passes are removed, reduced or have more terms and conditions, these are all factors you’ll need to consider in the current climate.

Unfortunately, credit card rewards and perks are expected to fall in value over the coming months. However, if you know what to look out for, you’re less likely to be caught out with a surprise and will have the resources you need to compare other credit card options if you need to.

As well as the recent push for interchange fee caps, the RBA announced that the official cash rate would be trimmed to 1.75% today. In a move that followed a year of unchanging rates, this is another example of how the RBA's decisions could impact your finances in the near future.