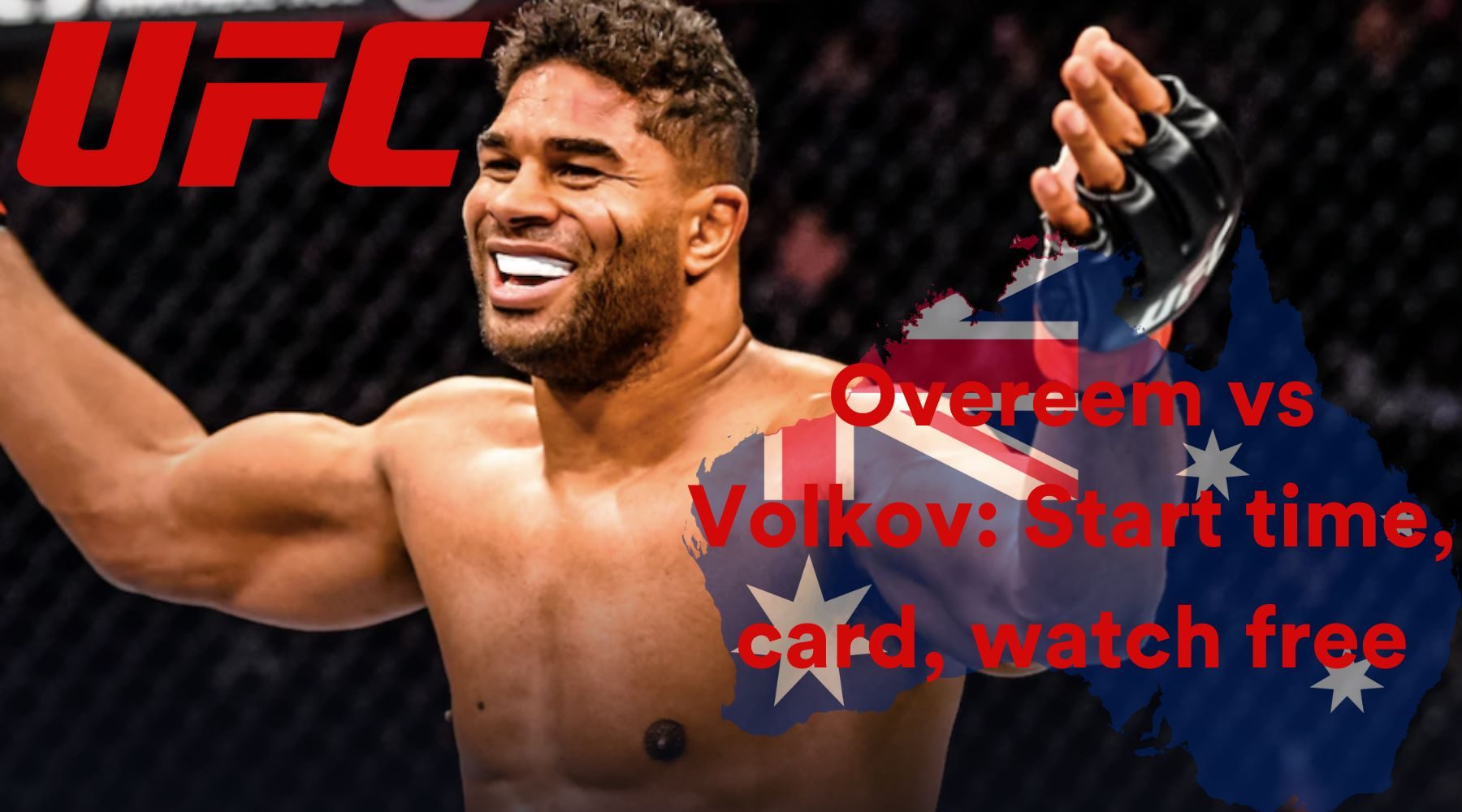 Alistair Overeem and Alexander Volkov are set to square off in a fascinating UFC heavyweight fight with major implications.

SUMMARY: Overeem vs Volkov is on ESPN and UFC Fight Pass. Unless you're already a Foxtel or Fight Pass customer, your best option is to watch live on Kayo Sports. You can watch for free using this 14-day trial. This gets you access to all its unique features and 50 additional live sports.

Like a fine wine, Alistair Overeem is only getting better with age. At 40 years old, the 120kg "Demolition Man" is in frightening form, having won 4 of his last 5 fights.

Ranked number five, Overeem faces the sixth-ranked Alexander Volkov, who is 2-2 in his last four bouts. There is plenty on the line as the winner of this match-up will have real claims to a title fight.

When is UFC Fight Night Overeem vs Volkov?

This is a deep card so prepare to settle in for a wide range of fights. The preliminary card at UFC Apex in Las Vegas starts at 9am AEDT on Sunday 7 February. The main card then gets underway from 12pm AEDT, Overeem and Volkov likely won't fight until around 3pm.

How to watch UFC Fight Night Overeem vs Volkov

UFC Fight Nights in Australia are broadcast on ESPN. The preliminary card and the main card are both on the broadcaster. That means Foxtel iQ, Foxtel Now, Kayo Sports and Fetch TV are all options, along with UFC Fight Pass. For more information, we have a full UFC viewing guide.

If you are yet to test Kayo Sports out, it has a 14-day free trial for new users. That means you can watch Overeem vs Volkov and so much more for no cost.

After that, Kayo starts from $25 a month for the Basic subscription, which gives you access to two screens or devices at once. A Premium subscription gives you a third device for $10 more.

All up Kayo offers more than 50 sports and has a range of special features you won't find elsewhere. SplitView lets you watch four events on the same screen. Interactive Stats, No Spoilers, Key Moments and Kayo Minis are also options.

Kayo is compatible with most devices, including Android and iOS devices, PC, Mac, Apple TV, Telstra TV, Android TV, Chromecast and Samsung TV (2017 or later). All the details are in our Kayo Sports review.

Foxtel Now is the pay TV operator's digital streaming service and has ESPN access. You need to subscribe to the Essentials pack and the Sport pack, a total of $54 a month. Foxtel Now also has a 10-day free trial for first-time customers.

Another option is through the UFC's own streaming service, UFC Fight Pass. It has a $10.99 monthly subscription or pay $104.99 for an annual pass and you are all set.

Who will win UFC Overeem vs Volkov?

The bookmakers are leaning towards Volkov but we like Overeem's chances of prevailing here. MMA Junkie revealed the veteran is the most accurate striker in UFC history and we think he can do it for the greybeards. We'll opt for Overeem to win via knock out