Fight time: how to watch UFC 257 Poirier vs McGregor 2 live in Australia A lot has changed since Dustin Poirier and Conor McGregor last squared off in the Octagon in 2014. Here's how to watch their UFC rematch.

SUMMARY: You can watch the UFC 257 preliminary rounds for free on any device with Kayo Sports by using this 14-day trial. You can then purchase the main card through Main Event on Foxtel or Main Event on Kayo Sports.

It has been more than six long years since Conor McGregor dusted Dustin Poirier in under two minutes by TKO in their first meeting at UFC 178 at the MGM Grand Garden Arena in Las Vegas. Irish megastar McGregor has since become one of the biggest sporting drawcards on the planet, a genuine global phenomenon.

Poirier has also been busy. The 32-year-old American has won 10 fights since their last clash, most recently an exciting points decision against New Zealander Dan Hooker last June. The Kiwi is also on the card, taking on former Bellator champion Michael Chandler in the penultimate fight of the night.

Check out our full card preview.
Preview and start times

What time is the UFC 257 fight between Poirier vs McGregor?

This fight night at Etihad Arena in Abu Dhabi gets underway with preliminary fights from 12pm AEDT on Sunday 24 January. The main card is due to start at 2pm AEDT, with McGregor and Poirier likely to trade blows from 4pm. There's a clear favourite at the bookies with Conor McGregor at -305 vs Dustin Poirier at +250.

How to watch McGregor vs Poirier

You have more options than ever before to catch UFC 257. The preliminary fights are on ESPN, with the pay-per-view main card on Main Event available through a number of providers, including Kayo Sports for the first time. It's all broken down below, plus check out our complete guide to watching the UFC for more information.

How to watch UFC 257 preliminary card from 12pm

In Australia, ESPN content can be located on Foxtel iQ, Kayo Sports, Foxtel Now and Fetch TV. There is also UFC Fight Pass. Among those options, Kayo is the pick for the preliminary card and more than 50 other live sports.

Kayo Sports has a 14-day free trial for new users. After that, a Basic subscription is $25 a month which allows you to watch on 2 screens. There is also a Premium subscription for $35 a month that gives you another screen. You can check out our full Kayo review for more information.

Kayo also has a range of unique special features, such as SplitView, where you can watch four sports at once on the same screen. It is compatible with Android and iOS devices, Android TV, Telstra TV, Apple TV, Samsung TV (2017 or later), PCs, Macs, Chromecast and AirPlay.

The UFC 257 main card is a pay-per-view event you need to purchase through Main Event. Foxtel, Kayo Sports, UFC Fight Pass, Fetch TV and PS4 are the providers of the main card.

For the first time, you can stream a UFC Main Event through Kayo Sports. Continuing an initiative that started with some huge boxing events last year, new, returning or existing Kayo Sports customers have an opportunity to secure this fight directly through Main Event. All the information you need on this option can be found here. It also costs $54.95 and gives you full access to Kayo for a limited time.

UFC Fight Pass is another option to catch Poirier vs McGregor and will also set you back $54.95. You can subscribe to Fight Pass for $10.99 a month or $104.99 a year for a load of UFC content, but main cards will still require an additional fee. It is compatible with Apple TV, Xbox One, Xbox 360, Amazon Fire TV, iPad, iPhone and Android devices, Chromecast, PCs and Macs, Samsung smart TVs and LG smart TVs. 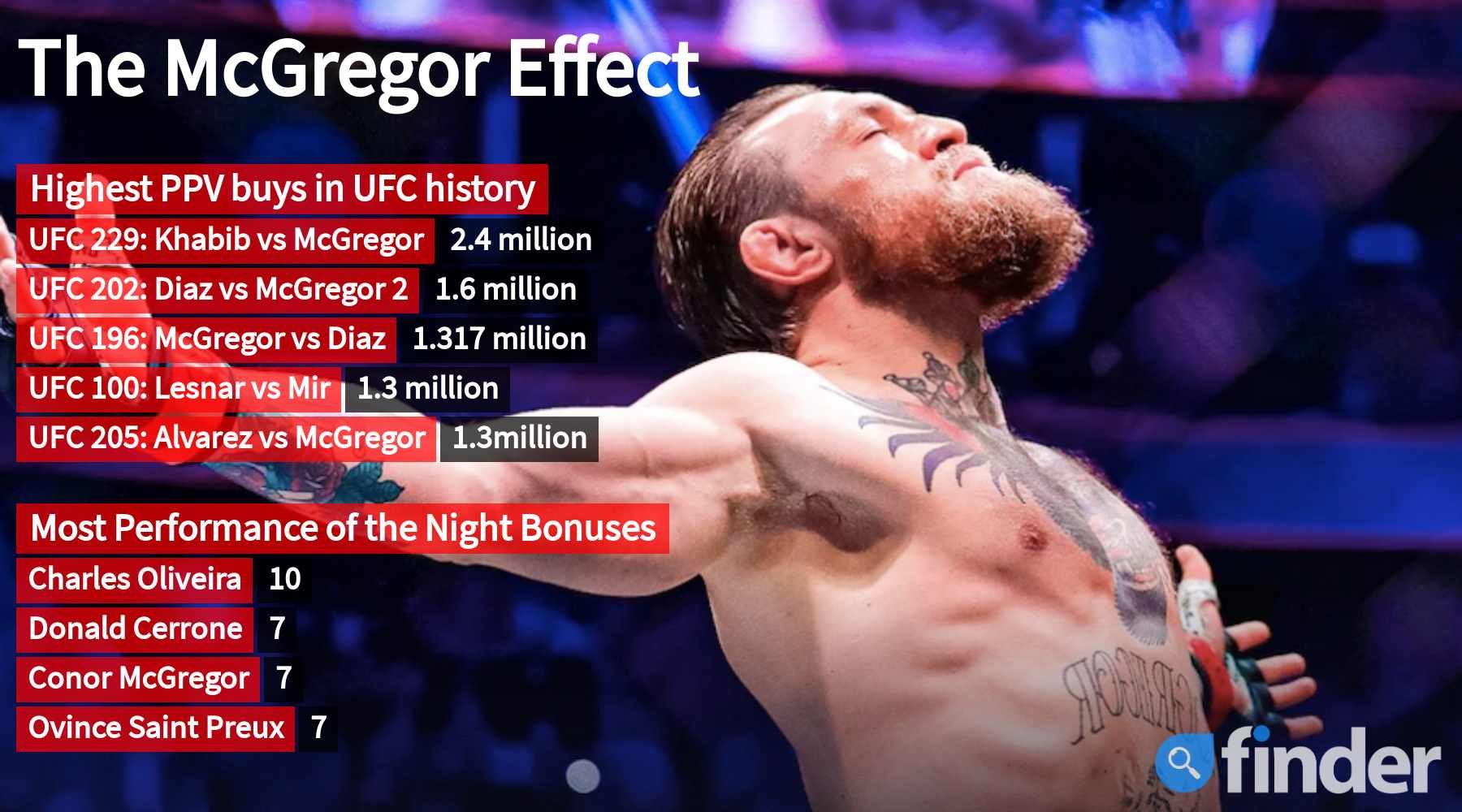 Live stream UFC 257 on your PlayStation 4

PlayStation 4 users need to look for Live Events in the PS Store. Once you have made your purchase, you can watch it through the "videos" menu. Once again it costs $54.95 or there is a discounted price of $49.95 if you are a PlayStation Plus member.

Who will win UFC 257 Poirier vs McGregor?

Like him or loathe him, McGregor backs up his trash talk. His fights have dried up in recent times, with his last outing against Donald Cerrone a year ago. But that 40-second demolition showcased why he is the UFC's biggest star. We don't think it will be as easy against Poirier, but expect McGregor to be holding his arms aloft in triumph again. Ladbrokes' UFC analyst has a similar view: "The way to victory for Poirier is via his grappling but Conor McGregor has exceptional take down defence to negate this threat. There are plenty of fights in this Lightweight Division that will trouble Conor McGregor. I don’t think this is one of those fights."

Keen to know about more upcoming UFC fights (such as UFC 258: Usman vs. Burns on February 13, 2021)? Check out our full UFC schedule here. If you're still not sure who to stream with, we've got a Foxtel vs Kayo comparison so you can decide which one suits you best. 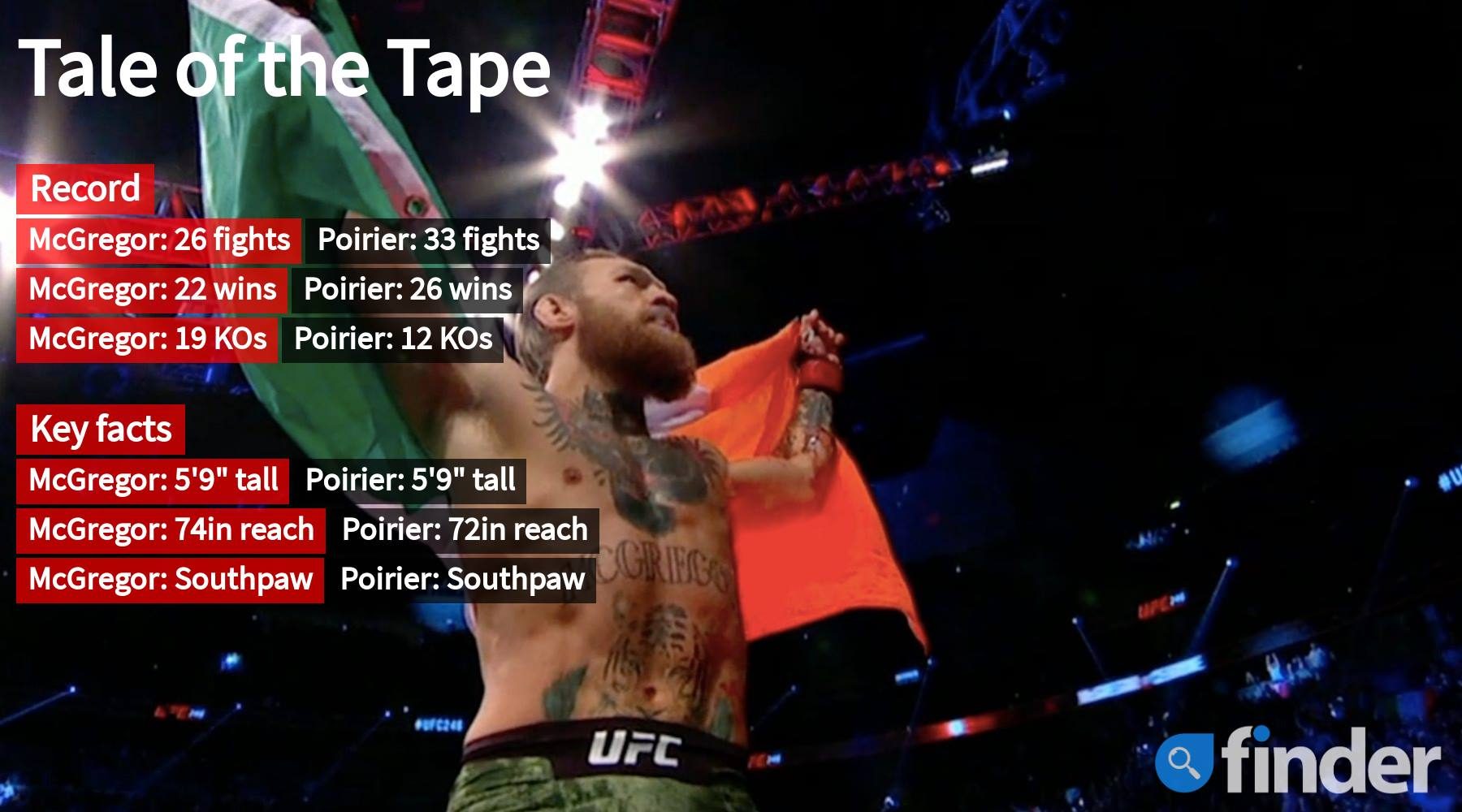