Power Book II: Ghost: Everything you need to know 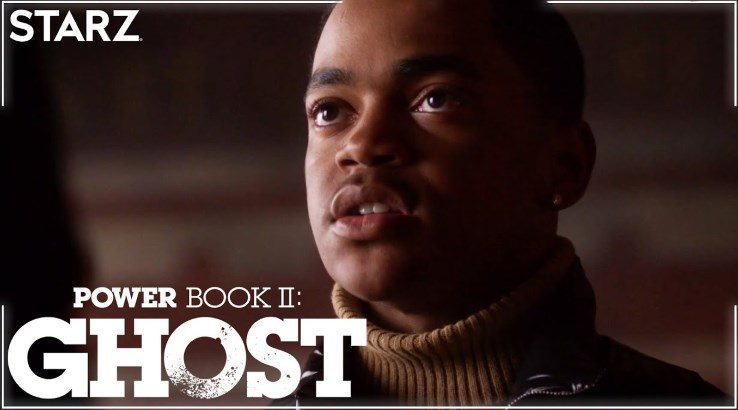 The series picks up shortly after the events of the original series which wrapped up earlier this year.

Missing Power? The long-running crime series focused on a ruthless drug dealer who was planning to leave the criminal world behind and pursue more legitimate business interests as a nightclub owner. Popular and critically acclaimed, the show wrapped up earlier in 2020 after 6 seasons and left fans hungry for more.

Luckily, they're getting their wish. Power Book II: Ghost is a Power spin-off that promises to bring back familiar faces while also shaking up the narrative by welcoming new characters into the mix.

Even better, the story follows the events of the Power finale, so you'll be back in that world in no time. Here's what you need to know about the show before tuning in.

When is Power Book II: Ghost available in Australia?

The new series is set to debut in Australia on 6 September, the same day as in the US. After that, episodes will drop on a weekly basis.

How can I watch Power Book II: Ghost?

In Australia, Power Book II: Ghost will be available to stream exclusively on Stan. The platform offers a 30-day free trial, so you can sign up and determine if it's a good fit for you.

Also, Stan recently struck a deal with NBCUniversal that will see it become the Australian streaming home for original productions for NBC's new US streaming service Peacock. However, Stan is also losing Friends this month.

Power Book II: Ghost takes place shortly after the events of Power and revolves around Tariq St. Patrick. His father is dead and his mother, Tasha, is facing charges for the murder. Besides, Tariq has to deal with the academic rigours of the Ivy League university he's attending to earn his inheritance.

As a result, Tariq is forced to split his time between school and hustling to pay for a fame-hungry defence lawyer who might help his mother get out of jail. With no better options, he turns to the familiar drug game, entangling himself with a cutthroat family and having to balance his drug operation with his school, love life and family.

Besides Michael Rainey Jr. (Tariq) and Naturi Naughton (Tasha), who you probably remember from the original series, the cast for the spin-off includes Mary J. Blige and Cliff "Method Man" Smith. The first season will consist of 10 episodes.

If you're curious about the show's title, you'll be happy to know that this is only the first of four (!) Power spin-off series that have been greenlit so far.

Power Book III: Raising Kanan will be a prequel set in the 1990s that will chronicle the early years of Kanan Stark, Power Book IV: Influence will centre on politician Rashad Tate and Power Book V: Force will follow Joseph Sikora's Tommy. In other words, the Power universe is expanding, to fans' delight.

The latest instalment of the saga of vampires, werewolves, witches and more is ready in Legacies season three.

Conspiracy theories, murder and the darker side of global trading are among the plot lines in this intriguing new show.