How to watch Newcastle vs Brentford Premier League match in Australia

Newcastle have a new manager thanks to their new money. Next on the list is a first Premier League win for the season.

SUMMARY: Newcastle vs Brentford is only on Optus Sport in Australia. Optus mobile and Internet customers are eligible for a free account. Otherwise, there's no free trial and you'll have to sign up to Optus Sport for $14.99 per month.

Eddie Howe has had a full 2 weeks working with almost his entire Newcastle squad to prepare for his first game in charge. The 43-year-old, who takes over at St James' Park after the sacking of Steve Bruce, will be looking to ingratiate himself with his new fans with a win at home against struggling rivals Brentford.

Howe will be well aware of the promise Newcastle's new riches offer – and just as aware of the urgency of his task. The time is now for Newcastle who sit 19th on the Premier League table, the only winless side in the league and with a stretch of listless, insipid performances from an underperforming squad behind them.

So it's perhaps the very best for him to host Brentford who, after a bright start to the campaign, have struggled badly for the last 6 weeks. Ending that winless run will be first on a very long list of things Howe must check off is he is to enjoy what looks almost guaranteed to be a terrific new era for the Tyneside team.

When is Newcastle vs Brentford?

This match kicks off at 2am AEDT at Newcastle's St James' Park.

How to watch Newcastle vs Brentford live

Who will win Newcastle vs Brentford? 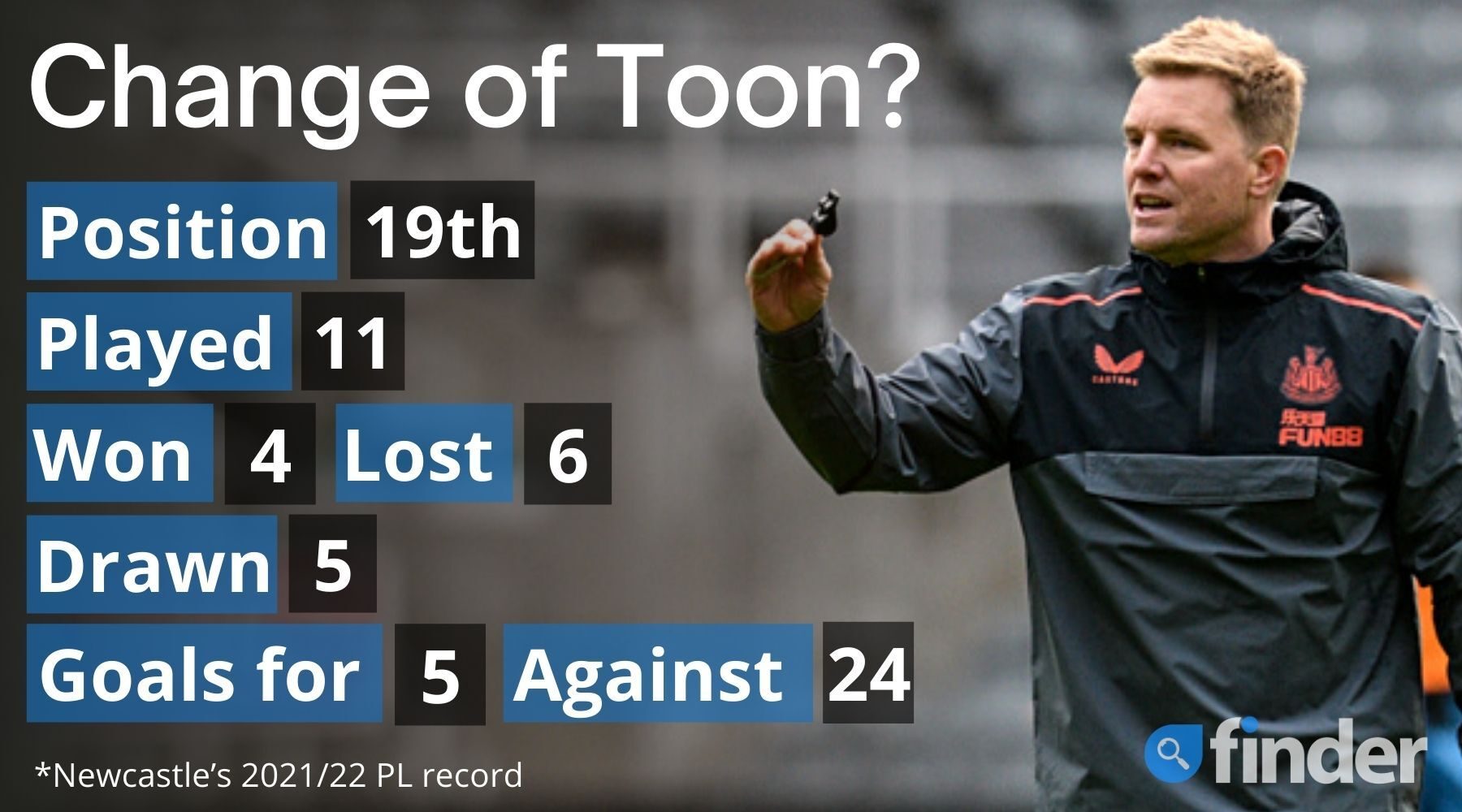 This is the first meeting between these clubs in the Premier League. Howe, whose reputation grew and grew and grew throughout his time managing Bournemouth, has a record of 2 wins, 2 draws and 2 losses against Brentford as a manager in all competitions.

Brentford's season is drifting after a positive start. The Bees have lost their last 4 matches and conceded 7 goals in their last 3 Premier League games after conceding the same number from their first 8.

Just 1 of Newcastle's last 8 managers have won their first game in charge of the club. We think Howe will join Alan Pardew in that list of first-up winners. It just might make the colossal job he has in front of him to turn this team around a tiny bit easier.