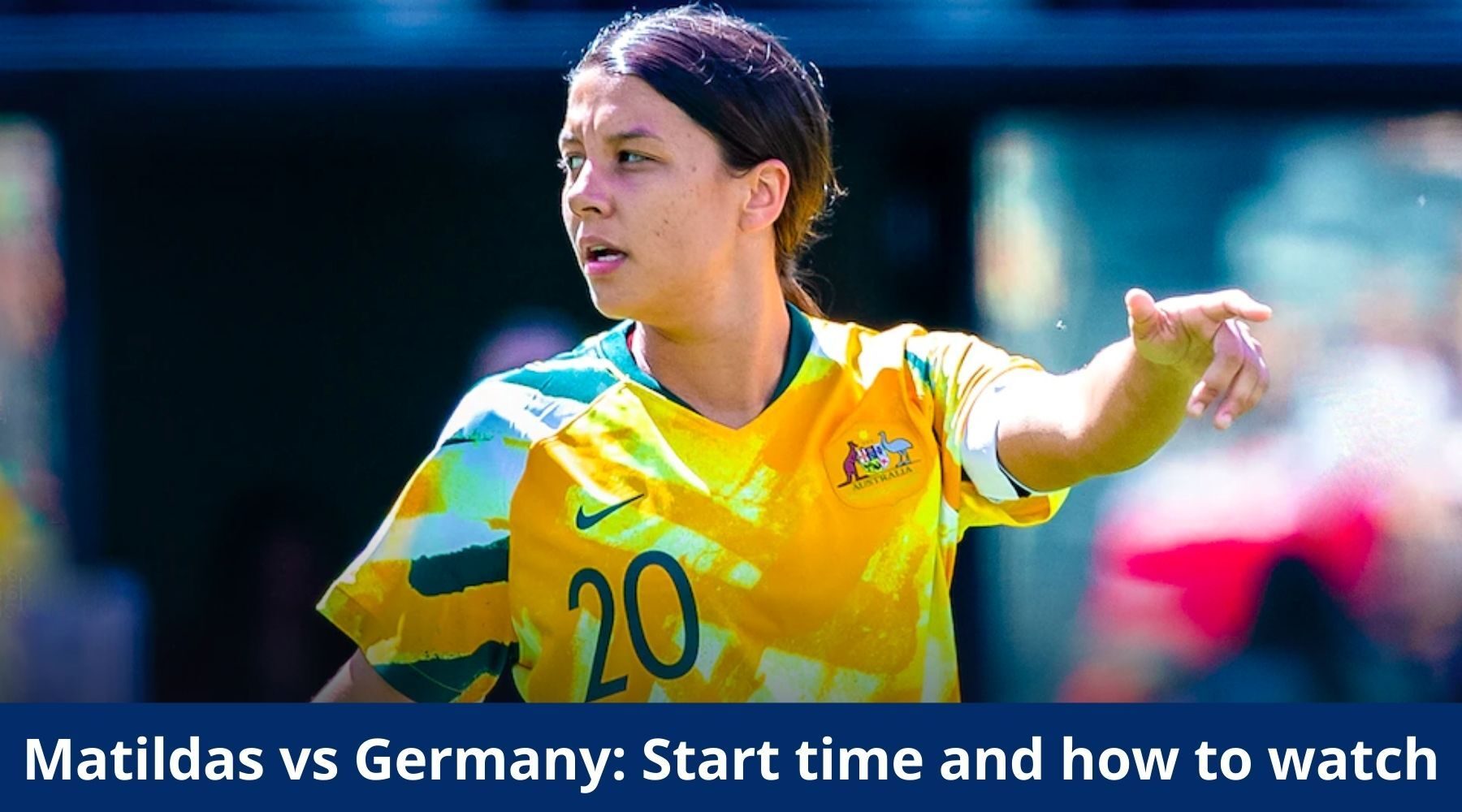 It's a new era for the Matildas under coach Tony Gustavsson. He will steer the team through the next two Olympic campaigns and the 2023 Women's World Cup on home soil.

Gustavsson has already said he wants the toughest possible run of games for Australia as he prepares for this year's rescheduled Tokyo Olympics. He will certainly get that against powerhouse Germany, ranked second in the world. The Aussies are seventh.

This friendly starts at 12:05am AEST on Sunday 11 April at BRITA-Arena in Wiesbaden, Germany.

How to watch Matildas vs Germany women's football friendly

The popular Matildas finally play their first match in more than a year and they will be led by superstar Sam Kerr, who is starring for Chelsea in English football.

You can tune in via ABC TV, Kayo Sports, Foxtel iQ or Foxtel Now. It is not on ABC iView so the best way to watch or stream the match on-demand, together with its special features and huge variety of sports, is on Kayo.

Football is just 1 of more than 50 sports available on Kayo Sports. Prior to this match, you can watch live AFL, NRL, NBL or A-League, among others, all in HD.

Better yet, you can watch them on the same screen thanks to Kayo's unique viewing features. SplitView lets you watch up to four sports on the same screen. Interactive Stats, No Spoilers, alternate camera angles, Kayo Minis – the list goes on.

If you are yet to check it out, Kayo offers a 14-day free trial. After that, Kayo is $25 a month to watch on two screens or $35 a month for a third screen.

It's hard to go past two-time world champions Germany at home. The Germans have played a couple of friendlies this year, beating Belgium 2-0 on 21 February and a loss to the Netherlands 2-1, just 3 days later. In contrast the Matildas haven't played since March 2020 when they beat minnows Vietnam 2-1 in an Olympic qualifier.

Australia stand a chance if star striker Kerr continues her stellar form. She scored a hat-trick in her last FA Super League match for Chelsea and has scored 10 goals from her past 6 games in all competitions. Kerr also got the better of Germany star Alexandra Popp late last month when Chelsea eliminated Popp's team Wolfsburg from the women's Champions League.

Keen for more information on streaming football? Check out our guide on Spain's La Liga here. We also have insights on how to get Fox Sports without Foxtel.