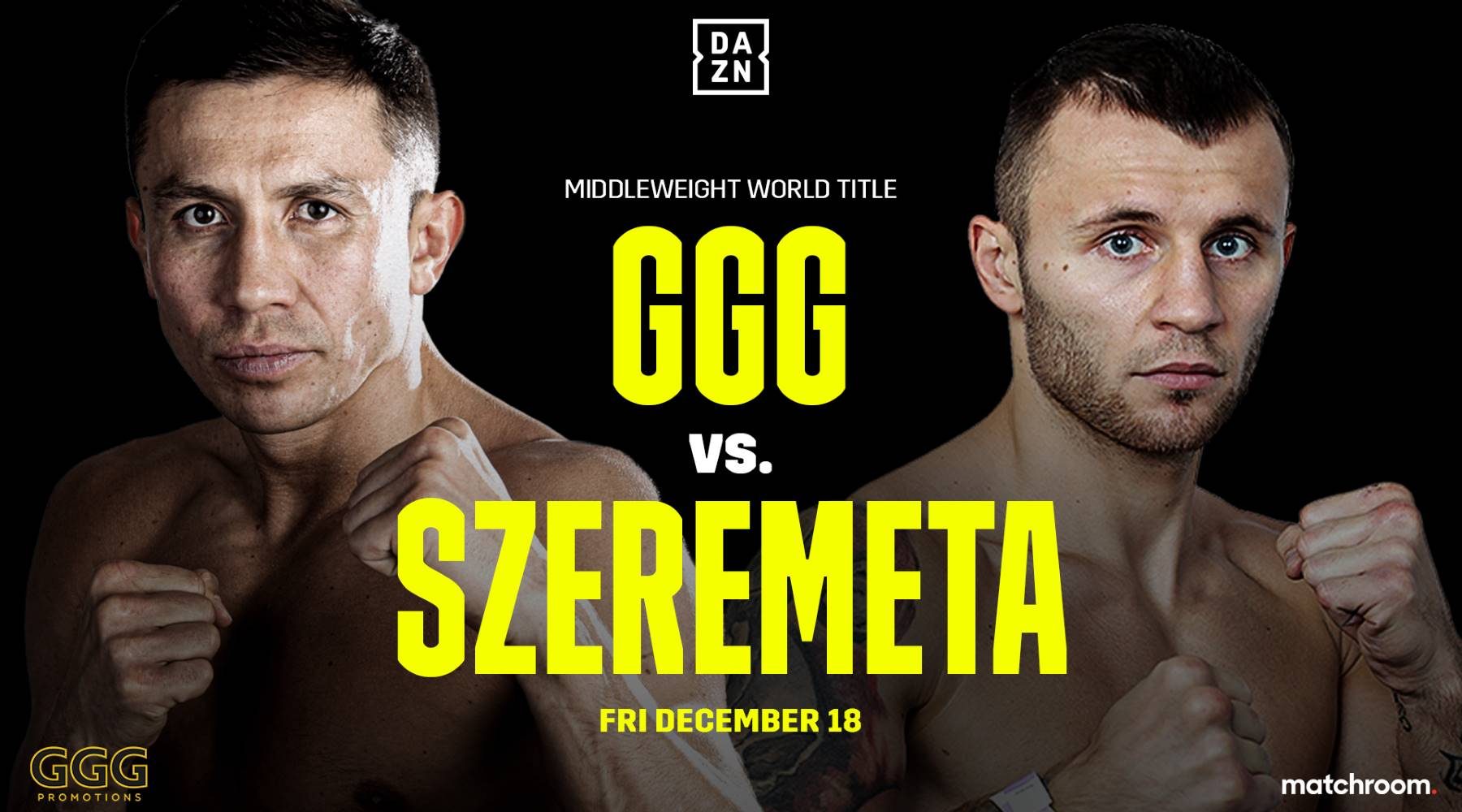 Kazakhstan legend Gennadiy Golovkin can make history when he meets Poland's Kamil Szeremeta. Here's how to watch in Australia.

SUMMARY: Golovkin vs Szeremeta is exclusive to streaming platform DAZN, which has just launched in Australia. You can watch some huge world title fights and much more on DAZN for just $2.99/month.

Gennadiy Golovkin, 38, boasts an incredible 40-1-1 record, with 35 knockouts. Victory over unbeaten challenger Kamil Szeremeta would be his 21st defence of a middleweight title, eclipsing the record he shares with American superstar Bernard Hopkins. The bout will be his first since October 2019.

"This is not just any fight," said the man affectionately known as "GGG". "It is a fight with great meaning. I always have the greatest respect for all of my opponents. I have really missed boxing and I wanted to fight this year. The goal — fighting for a record 21st successful world title defence."

There is another belt on the line as part of this event in a match-up of undefeated fighters. Golovkin's compatriot Ali Akhmedov meets Carlos Gongora for the vacant IBO super middleweight world title.

When is Golovkin vs Szeremeta world title fight?

It's a Friday fight night in the US, which is Saturday morning Australian time. The main card is scheduled to start at 9am AEDT on Saturday 19 December. The venue is Seminole Hard Rock Hotel and Casino in Hollywood, Florida.

There are six fights on the card. Golovkin vs Szeremeta is expected to begin about midday AEDT, although that depends on the length of the earlier fights.

How to stream Golovkin vs Szeremeta in Australia

There is only one way to watch this match-up in Australia, new streaming site DAZN. Launching back in 2016, it expanded into a further 200 countries on 1 December this year, including Australia.

Stream GGG vs Szeremeta on DAZN

Sign up to DAZN and stream some of the biggest boxing matches in the world for just $2.99 per month.

Get deal
Boxing is DAZN's bread and butter, launching with title fights including Anthony Joshua, Golovkin and Canelo Alvarez in December. It also has a range of top-quality features and magazine-style programming. That includes a feature on GGG and football superstar Cristiano Ronaldo.

In Australia, you can get all of that content and more for just $2.99/month. All the information you need can be found in our comprehensive DAZN guide. If you need help getting started, we also have a guide on how to sign up to DAZN.

Golovkin vs Szeremeta full card (correct at time of writing)

Who will win GGG vs Szeremeta?

Golovkin has only lost one fight in his illustrious career. That was against Canelo Alvarez in 2018 and Szeremeta doesn't appear to have the quality to truly trouble "GGG". The 31-year-old Szeremeta is unbeaten (21-0) but this is a big step up and we are picking the Kazakh's knockout power to prevail.

"I want this title for Poland and my family," Szeremeta said. "GGG is a great champion, one of the best in history, but it is time for replacement. Thank you for the great chance, I must take my opportunity to be the first world middleweight champion from Poland."

You can see a comparison of Kayo vs Foxtel here. Want more information on boxing? Check out our guide on how to stream boxing live online in Australia.