Barcelona and Atlético Madrid's title aspirations are on the line in a crucial La Liga match this weekend.

Atlético Madrid have paced La Liga for most of the 2020/21 campaign and currently top the standings on 76 points. But they have Real Madrid and Barcelona (both 74 points) breathing down their neck.

The third-placed Blaugrana narrowed the gap to Atlético to just two points following their 3-2 victory over Valencia last weekend. Ronald Koeman's Barça can leapfrog the Colchoneros at the top of the table with victory in what promises to be an epic encounter.

The iconic Camp Nou will host this massive La Liga match, which starts at 12:15am AEST on Sunday 9 May.

How to watch Barcelona vs Atlético Madrid in Australia

As mentioned, you need access to beIN SPORTS to catch Barca take on Atlético Madrid. Kayo Sports, Foxtel Now, Foxtel iQ and Fetch TV are all options. You can also watch directly via beIN SPORTS CONNECT.

For full details on watching La Liga, you can check out our comprehensive guide.

Kayo Sports has a 14-day free trial for new users. So Barcelona vs Atlético could be the ideal time to test it out. All up, Kayo has access to more than 50 sports and we have put together a full review of the service for you.

Subscriptions for Kayo Sports are $25 per month for the Basic option, where you can watch games on 2 screens or devices. The Premium option is $10 more per month and gives you 3 screens.

Kayo also has a number of special features, such as Kayo Minis. Available shortly after matches have completed, you can then watch a condensed version. Other features include SplitView, where you can watch four sports at once, Interactive Stats and a Key Moments Timeline.

You can access beIN directly via its own streaming platform. For either $19.99/month or $179.99 for an annual pass, beIN SPORTS CONNECT is compatible with mobiles, desktops or laptops using an Internet connection.

On top of football, it offers sports like rugby union and tennis. For more information on beIN SPORTS CONNECT, we've put a full guide together for you here.

Who will win Barca vs Atlético Madrid? 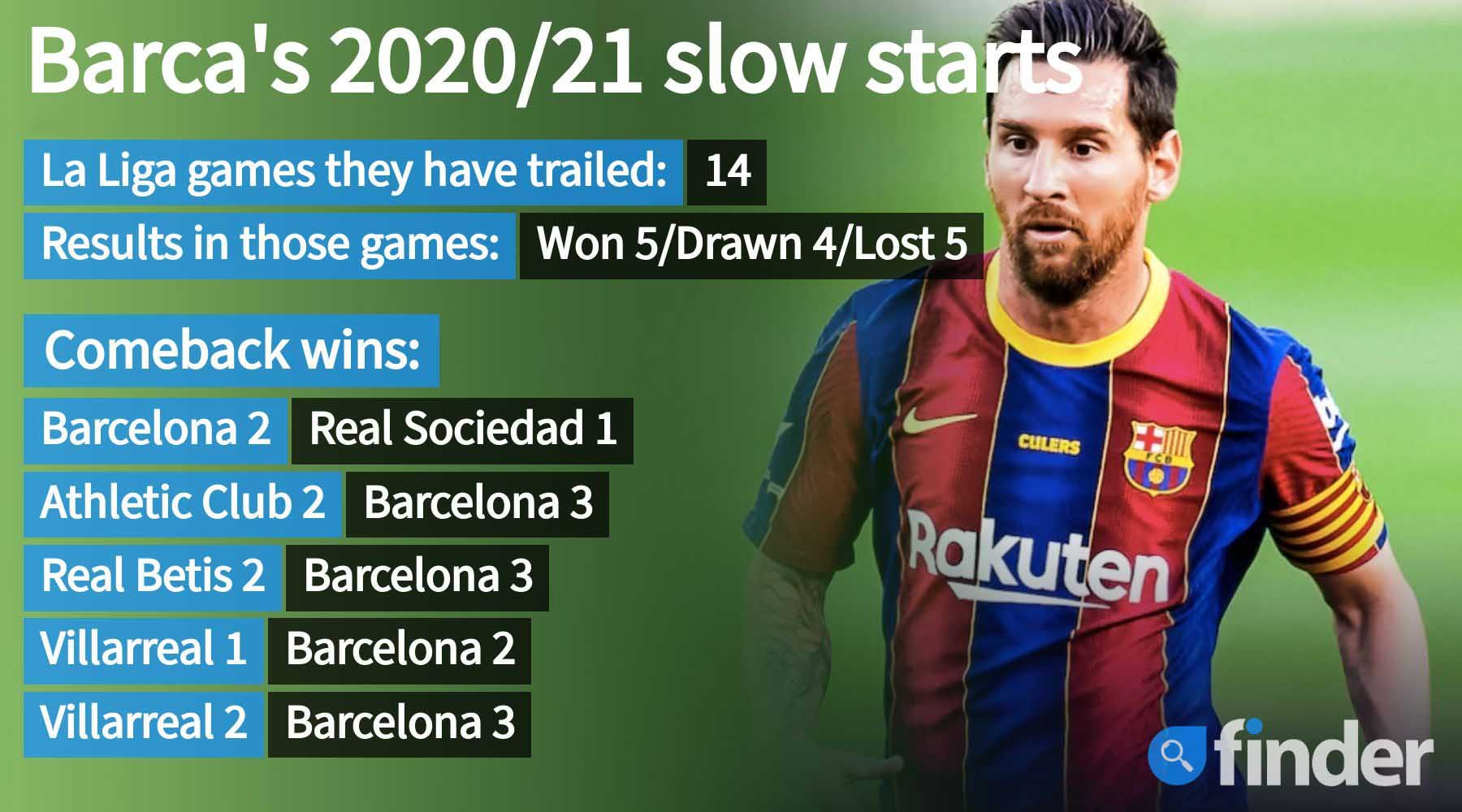 Lionel Messi has been in the news again this week, with reports the superstar is nearing a decision to continue his illustrious career with Barcelona. In what would be a massive boost for the La Liga giants, the Argentine appears set to spurn huge offers from Paris Saint-Germain and EPL champions-in-waiting Manchester City.

Messi scored a brace in Barça's recent victory over Valencia. At 33, Messi has had another superb return of 28 goals from 32 La Liga matches this season.

We're tipping Barça to win 2-1 at Camp Nou but they will need to start strongly. They have conceded the first goal in 2 of their past 3 matches and in 14 out of 34 games this season. If they do that against the defensively strong Atleti, it could be costly.

Not sure which service is best for you? Check out our Kayo vs Foxtel guide. Football fans can also see our guide on streaming the German Bundesliga.