How to speed up your Android phone’s Internet connection

Phone running slower than a wet week? Here's how to give your phone a speed boost.

When our phones take forever to load a webpage, we tend to immediately blame our Internet connection, whether that's the Wi-Fi network or whichever telco we're using.

But there's many a slip 'twixt cup and lip when it comes to how quickly our phones are browsing or loading apps. Here are a few tricks to get a speed boost when your phone is chugging along.

Australia's fixed-line connectivity speeds may rank particular low on the world scale, but our mobile Internet speeds are particularly zippy. So unless you're running on fumes with your mobile data allowance, flick off the Wi-Fi for a little if you're still waiting on something to load. Chances are if you're in range of a decent 4G connection, it will download faster that way.

Clean my what now? Apps cache certain bits of data, such as images and chunks of metadata, and use the cached versions of those to save time and data. At least, it saves time when it's working right, but caches can get bloated and start slowing everything down.

Go into Setting and tap Applications. From here, you can go into individual apps and clear the caches. 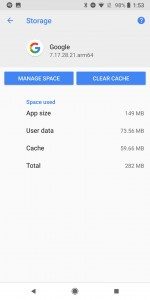 You can also do a bulk clean via Storage > Apps and App Data and tapping that Free Up Space option. 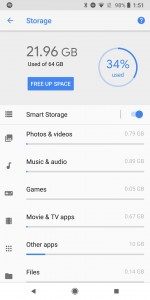 Delete the apps you're not using

Depending on your phone manufacturer, there might be quite a few "bloatware" applications already installed on your phone before you even unpack it. Chances are you've never even used them, so why are they just hanging around taking up space?

Add to this list the apps you've downloaded in the past and forgotten about after a couple of uses. Especially if you're still getting notifications from them, which tells us that they're still eating up processing power.

Head back to Settings > Applications and this time instead of tapping Storage, just hit the Uninstall button. Take a few minutes and really purge your phone. It's highly therapeutic and good for your phone speeds. 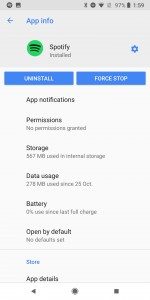 Reduce your number of widgets

Widgets are one of the reasons to love Android, but you can have too much of a good thing.

Widgets can be a drain on system resources, so you may need to ditch a couple if your speeds hit the far side of glacial. Long press the widget in question then drag it up to the remove/trash icon.

It's that simple. And remember: you're just removing the widget, not the app itself.

Use Data Saver in Chrome

If you're like most Android users, you're still using the Chrome Browser that's the default from Google. And why not? It's a good browser. But you can make it even better with Data Saver. It doesn't just save data, it also means faster browsing.

Open Chrome and tap the three dots on the top right. Head to Settings > Data Saver and toggle it to on. 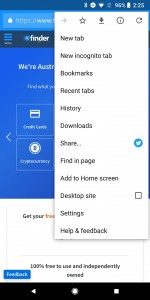 With all these done, you won't have made a Maserati from a Mazda, but you will have given a tidy boost to a stressed phone.