How to find the best performing gold stocks of 2019 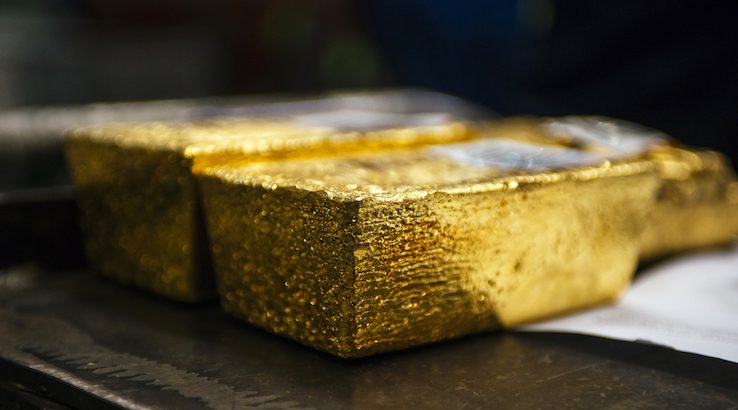 As interest rates drop towards negative, the gold price has rallied. But picking the right stock isn't so simple.

In the last 12 months, the price of gold has risen by more than 30% as central banks around the world cut rates to record lows and recession fears weigh on the minds of investors.

Gold is historically seen as a reliable and tangible store of wealth during times of economic uncertainty, which is why when cash currencies become volatile, gold prices tend to go up. And why some analysts believe gold has further to run.

Also read: How to invest in gold

Buying shares in a gold company may seem like an easy way to ride this wave, but finding a good return on investment is about much more than the price of gold.

In the last three months, shares of the five biggest ASX-listed gold stocks have fallen into correction territory, despite the gold price having risen over the same period by 5%. So, if you jumped on the gold bandwagon late, there's a good chance you'll have seen your investment go backwards.

"It's natural after a sharp run up that the gold price will now stabilise, so it is coming down," Rob Murdoch, principal of consulting firm Austex Resource Opportunities told Finder.

Murdoch is a geologist with a long history of running, and now analysing, listed resources companies. Speaking at the Gold and Alternative Investment Conference in Sydney last week, he said there's plenty of opportunity in gold stocks if you know where to look – and it's not always about picking the biggest miners.

In fact, most of the 10 highest performing stocks of the last 12 months have been smaller stocks with market caps well below the $500 million mark.

"The small companies make up about 38% of the market and that's where you can get the biggest boom, but it's also the highest risk," Murdoch explained. "With the small companies, you've got to look for the gems."

Of the best performers in the last year, small-cap mineral explorer Spectrum Metals saw the highest returns, with a staggering 1,183% share price rise after hitting a gold reserve jackpot earlier in the year.

Ramelius Resources was the only large-cap producer to make it to the top 10, delivering returns of 178%.

So, how do you pick a strong performer in the gold space? According to Murdoch, investors should consider the following key features:

Mining companies go through several stages of development, from early exploration to drilling, construction and production. Whichever stage the company is in will have an impact on risk level, how much they should be spending and how much you might expect to get in return.

"What is important with the explorers is how much they're actually spending on exploring. If you have a company that's spending one, two million dollars or more, they're more likely to respond to a gold price rise and to a market rise than those that are spending less," said Murdoch.

In his view, anyone looking to get a kick from the rising gold price should stay away from companies that are spending less than that on exploration.

Breaking it down further, he says the best opportunity for investors is at the drilling stage since the company could make a discovery – as Spectrum did earlier in the year.

As a group, the smaller companies with market caps of between $50 and $100 million have been the most successful, according to Austex data.

The small-caps have seen an average share price rise of more than 120% in the last year, while medium companies ($100m-$500m market cap) saw average returns of 12% and larger companies with over $500 million saw a 58% increase.

At the end of the day, while gold is hailed as a relatively safe investment, gold stocks can be as volatile and unpredictable as any other stock. It pays to do your homework.