How to bag the best travel bargains for Black Friday 2018 - finder.com.au

How to bag the best travel bargains for Black Friday 2018 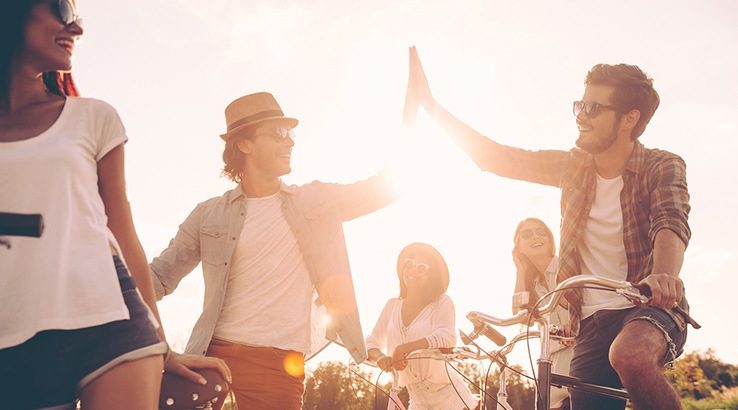 Expert tips to save you heaps this Black Friday 23 November.

You're not seeing things, Black Friday has sneaked up on us once again and word on the wire is its travel deals are pretty damn good this year.

In other words, we've already set our alarm clocks for 11.59pm on 22 November to snap up the best before the rest get to them. And you should too.

That's my first tip to winning Black Friday this year. Here are the rest, based on my years of bagging (and missing) bargains over Black Friday and Cyber Weekend.

Most of Black Friday's deals become active at the stroke of midnight and it goes without saying that the early bird catches the worm. Be that bird. Hit up our Black Friday Travel Deals page at midnight to see all the top deals in one place and get to the ones you like best ASAP.

Every year I've seen the deals go on sale earlier and earlier and this year is no exception. As early as Tuesday I started seeing sales drop. Whether it's trying to steal Black Friday's thunder or is merely hosting a sale, it's good to keep an eye out to get your foot in the door early.

I can't tell you how many times I've deliberated on flights to the point where my preferred dates disappear before my eyes, leaving me paying more than anticipated.

There's waiting to make sure your boss will approve your annual leave and then there's waiting and hoping that you'll find a cheaper deal. If you think you'll regret not booking then you probably will.

I'm not trying to push you in any particular way, just saying that the deals are there now, but they won't be forever.

So many rival companies put their hands up for Black Friday. For example, Hotels.com, Wotif and Expedia are all in this year and they all offer similar or the same hotels and rooms.

Play the game and search each to get the dirt-cheapest price you can get on the hotel you want. Or even splurge on a 4- or 5-star hotel, because the sale might save you so much that you can.

5. Keep an eye out for cancellation policies

The excitement of bagging a bargain coupled with the frantic nature of a flash sale can lead to you making a rush booking that you might not be able to use. If this sounds like you then be sure to check the cancellation policies before you whip out your credit card.

Many hotels have free cancellations if cancelled a certain number of days before you stay.

Experience sites like Groupon also has a seven-day cooling-off period on select deals as long as the voucher hasn't been used.

While you might get lucky and score a deal for the peak travel season, it's more likely that the best sales will be during off-peak or shoulder season. If brag-worthy cheap is what you're after, you'll have to be flexible enough to travel on less-popular dates and days. That's just the way the cookie crumbles.

Many large hotel chains are often excluded from the sale. To keep costs down be open to staying in independent or boutique accommodation and reap the discounted benefits.

7. Travel in pairs or groups

Companion sales have been known to make an appearance over Black Friday. At the moment Royal Caribbean has a 50% off second guest deal and Emirates has a companion sale starting from $1,169 per person to Europe and the UAE.

Hustle and convince your travel partner in crime you need to get out of the nine-to-five.

8. Don't book just because you want to be part of Black Friday

Lastly, if you don't find a deal that works for you or doesn't hit the price mark, don't buy anything.

Sure, you might leave disappointed but it's better than spending your holiday money on a trip you're not super excited about.

After all, Black Friday is not the only sale of the year and Boxing Day is just around the corner and is also renowned for delivering scorching hot travel deals.