How the fraudulent loan problem is spreading in Australia’s banks 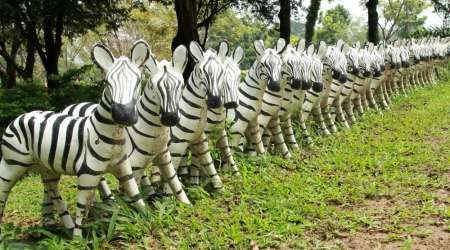 Banks are too willing to take on mortgages without proper assessment, Macquarie University's Pat McConnell argues.

"In securitizing and issuing the RMBS, Goldman … made representations to investors in offering documents about the characteristics of the underlying loans and Goldman's process for reviewing and approving loan originators. [And …] significant percentages of the loans reviewed did not conform to the representations made to investors about the pools of loans to be securitized, and Goldman also received certain negative information regarding the originators' business practices."

Banks make a motza out of asset securitisation, earning money on fees at all levels of the complex but, nowadays, fairly routine process of what is called OTD (origination to distribution). All investors ask for is that the banks do the work that they getting very well paid for. The DOJ said that Goldman was getting paid but not doing the work.

What a difference in Australia!

This week, a headline in the Australian Financial Review said that "ANZ, Westpac [had been] hit by hundreds of Chinese home loan frauds". The implication is that after taking on "hundreds" of such allegedly fraudulent loans, the banks have, shock-horror, just found that out!

Where was the due-diligence on those loans? It is not as if mortgage fraud is unknown (in fact it has been around as long as mortgages) nor it is rare.

In a submission to the current Senate Committee on white collar crime, LF Economics reports examples of fraudulent mortgage documents alleging that:

"Credit assessors and bank officers have illegally altered borrower details by falsely inflating the value of assets and incomes to 'justify' issuing much larger mortgages than would otherwise be the case."

In a recent ABC Four Corners program, reporter Ben Knight interviewed someone who claimed that after her mortgage loan had been approved, she got back the documents for signing, only to find that her salary had been massively inflated. Unfortunately for the bank, the applicant just happened to be a finance correspondent for the ABC and could actually understand the fine print.

Why would anyone do such a thing? To make the mortgage easier to securitise, that's why!

But this is far from new news. There is a case that has been running in the Melbourne Magistrates' Court since January 2015 and (wait for it) is due to start hearings in the County Court of Victoria in February 2017. The wheels of justice do indeed grind exceedingly slow.

In that case, which to its credit was initiated by ASIC, it is alleged that the principals of a Footscray company, Myra Home Loan Pty Ltd,

"conspired to defraud banks and other financial institutions by creating and using false documents to support loan applications submitted on behalf of Myra clients. […]The false documents included bank statements, payslips, citizenship certificates and statutory declarations. These were predominantly used in support of applications for home loans for house and land packages as well as for the purchase or refinance of existing homes."

The alleged conspirators cast a very wide net, with:

In keeping with the prevailing narrative, the banks [all of them] were cast as the innocent parties, falling for an elaborate "sting" by cunning brokers. Instead of a huge fine, as with the US DOJ, the banks were given tea and lots of sympathy.

But how could so many of Australian's finest bankers be conned by so few?

Could it be that they weren't looking but just securitising the garbage and dumping it into unwitting super funds as highly rated RMBS? Where have we heard that before – the global financial crisis?

While ASIC deserves credit for starting proceedings against three brokers in Melbourne, it raises the question - where was the banks' due-diligence? And furthermore, what about compensation for investors who may have bought RMBS that were not scrutinised properly.

Now it may be that these mortgages were never securitised and sold on, as has been claimed by the body that buys RMBS on behalf of the government. But they have to go somewhere, if not the government, the banks themselves.

Luckily we not only have a tough, but also very knowledgeable, "cop on the beat". One of the best scenes in the excellent film "The Big Short" was the Las Vegas conference of the American Securitisation Forum (ASF) where it suddenly became obvious to the "shorters" that the whole US mortgage market was going to hell in a very glitzy handbag.

The head of the ASF in the run up to the Las Vegas conference was the new interim (former permanent) head of ASIC, Greg Medcraft. He should be able to direct his troops to finding any instances of RMBS containing fraudulent mortgages, if ASIC cares to look. Maybe ASIC should divert its resources from chasing three minnows in Footscray to going after bigger fish in Collins Street. And they should ask, just how good is the banks' due-diligence culture?

In the meantime, the major banks have reported falling income and increased impairments for the second quarter, but still turned in sizeable profit numbers. It makes one wonder what the banks do to earn that money, if they can be so easily conned by a corner shop operation?

Pat McConnell is Honorary Fellow at Macquarie University Applied Finance Centre. This article was originally published on The Conversation. Read the original article.