How The Bachelor mansions stack up

Apart from feuding, tears and tense rose ceremonies, The Bachelor is known for its lavish settings.

Twenty-five single women start off each season of The Bachelor, but only one will win the dubious distinction of being picked as a soulmate by the series’ latest blandly inoffensive guy willing to flaunt his abs.

But if you’re going to be unlucky in love, you might as well do it in style. That’s why The Bachelor contestants spend their downtime in an opulent mansion.

How do The Bachelor properties from previous seasons and the show’s global counterparts compare? We’ll give you the rundown, and let you decide which property gets the final rose.

Now finishing its fourth season, the Australian version of The Bachelor is already on its third property. 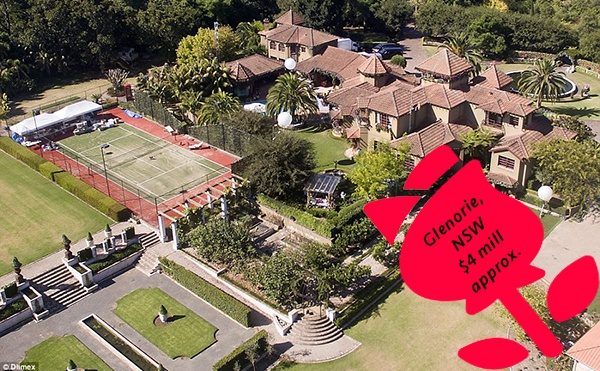 The series made the move this year to this sprawling estate in Glenorie, a rural retreat about 40 kilometres north-west of Sydney. The sprawling Spanish-themed mansion is said to be worth around $4 million. The property last sold in 1986 for $150,000, but the current Bachelor pad wasn’t finished until 1995. It features a tennis court and Olympic-sized swimming pool. 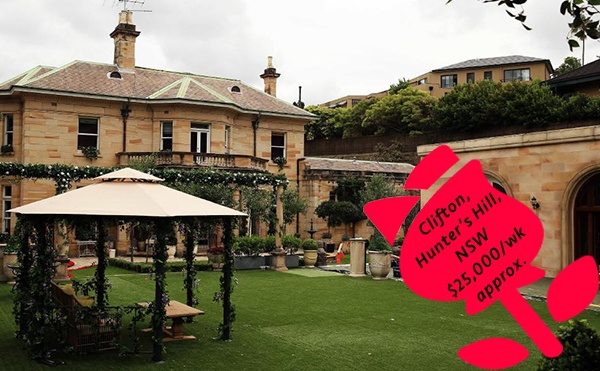 The second and third seasons of The Bachelor were filmed at Clifton, a heritage-listed sandstone mansion in Sydney’s Hunter’s Hill. The mansion was built in the 1890s by John Ryder Jones, former chair of the Sydney Stock Exchange. The property last changed hands in 1993, when it sold for $2.75 million. It was purchased by a property syndicate which offers the mansion for rental. It’s thought The Bachelor paid upwards of $25,000 per week to film.

Hunter’s Hill residents were glad to see the back of The Bachelor, with Clifton’s neighbours making numerous complaints about noise and traffic associated with the show’s filming. 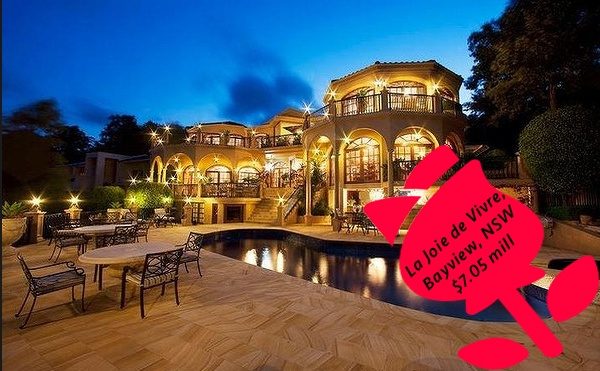 The first season of our local version of The Bachelor was filmed at the French-inspired mansion La Joie de Vivre in the northern beaches suburb of Bayview. The six-bedroom, seven-bathroom house features a six-car garage, a heated pool, wine cellar, commercial kitchen and a gym. It was built in 1993, and last sold in June of this year for $7,050,000. This was a considerable discount from the $10 million paid for the property in 2003. In spite of its TV fame, La Joie de Vivre spent nearly six years on and off the market before finally finding its perfect match.

Our Kiwi cousins are now through the second season of their Bachelor franchise, and it’s sparked just as much drama as its Australian counterpart. This year’s Bachelor, Jordan Mauger, became New Zealand’s public enemy number one after dumping winner Fleur Verhoeven just two days after the season’s final episode and starting a social media war with the runner-up.

When it comes to housing, our mates across the ditch aren’t selling their contestants short. The contestants stayed in Solsbury Hill, a lush mansion set in the bushland of Pukapuka, about 50 kilometres north of Auckland. 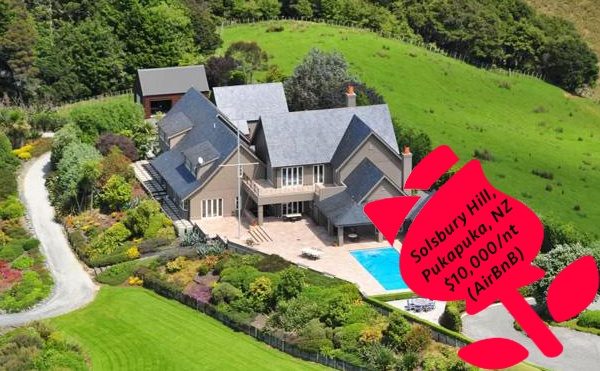 The mansion is currently available as an Airbnb rental, and assuming you have the nearly $10,000 per night required to book, you can enjoy its six bedrooms, 4.5 bathrooms, five lounges and two kitchens. You’ll also have access to the property’s private jetty on Mahurangi Harbour, equipped with a fishing boat, kayaks and jet ski. And at the end of a long day on the water, you can kick back in the mansion’s authentic English pub. 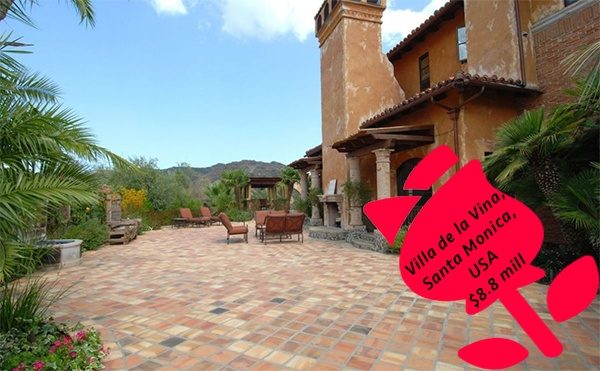 The original, and still the seediest, the American version of The Bachelor recently wrapped its 20th season. After 20 Bachelors the show has managed to produce two successful couples (not counting season 13’s Jason Mesnick, who dramatically dumped winner Melissa Rycroft for runner-up Molly Malaney).

Just as famous as the American Bachelor is the American Bachelor pad, Villa de la Vina. The Tuscan estate in the Santa Monica Mountains features six bedrooms, nine bathrooms, a professional kitchen, home theatre and wine cellar. It also has a 370 square metre “accessory building”, which can be used as a studio.