How superannuation in Australia has changed since 1992 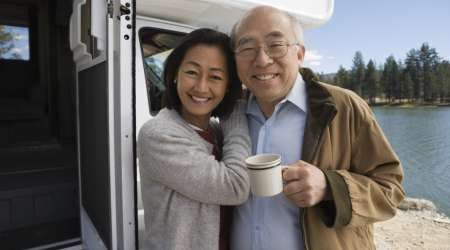 25 years in, the rules are still evolving, as Helen Hodgson from Curtin University explains.

The cabinet papers of 1992-93 released this week by the National Archives of Australia give an insight into how, and why, the system was originally designed; and how some of those decisions are reflected in the current policy debate.

The Superannuation Guarantee came into force from July 1 1992. In that year about 64% of employees had access to superannuation including white collar workers, public servants and workers covered by an award based scheme.

Award superannuation had been in place since 1987, following the Australian Council of Trade Unions (ACTU) agreement to trade off a wage increase for an occupational superannuation scheme. Industrial awards required employers to contribute 3% of wages for a worker paid under the award to superannuation instead of being received in the pay packet.

Under the 1987 agreement a further 3% was to be introduced between 1991 and 1993, however this didn't happen because of the failed 1991 National Wage Case. As a result, the ACTU, supported by former Treasurer Paul Keating who was then on the backbench, called for a legislative scheme.

The Superannuation Guarantee was announced in the 1991 Federal Budget. It required employers to contribute to superannuation for all workers earning more than A$450 per month. The guarantee as legislated was 3% (or 4% if payroll exceeded A$1 million), increasing to 9% by the year 2000.

In February 1992, amid slowing economic conditions, the cabinet considered whether to defer the implementation of the levy by six months.

Not surprisingly the guarantee was not popular with employer groups, who regarded it as an additional cost imposed during a recession. This was because the new guarantee was estimated to increase labour costs by 1.4% in the first year, mostly for employers whose employees had not been previously covered by award superannuation, although there was an expectation that future wage increases would be moderated by the amount of the levy.

On the other hand, the ACTU was strongly opposed to any deferral, as there was already a division between those employees who did have access to a super guarantee and those who didn't. The 1992 cabinet minutes record concerns that the ACTU would increase wage claims that year if the guarantee did not proceed as scheduled, and that this would threaten the eventual implementation of a legislated superannuation scheme.

Cabinet decided not to defer the implementation and the bills were introduced into the parliament on April 2 1992. When a similar set of circumstances arose in 2014, the Abbott government chose not to follow this precedent, and deferred the proposed increase.

In 2016 the "10% rule" was abolished to improve flexibility by removing inconsistency of treatment for contributors, however this was also the reason for the introduction of the rule.

The rule limited tax deductions for superannuation paid by a person who earned more than 10% of their income from a source already covered by the super guarantee.

Prior to 1992, the income tax deduction for personal contributions was limited, with different limits applying to self-employed, employees covered by award superannuation or employees contributing to a non-award scheme.

The proposal before cabinet in June 1992 removed the distinction between employees covered or not covered by award schemes, denying tax deductibility for personal contributions. In this context the 10% rule was a safe harbour that ensured a person who was mostly self-employed did not lose the tax deduction for their superannuation contributions.

The abolition of the rule this year was not bipartisan: Labor and others opposed it. However the labour market has changed, and in the more casualised and flexible work environment of 2016 workers move between employment, contract work and self-employment far more than in 1992. The safe harbour of 1992 has now become an impediment to retirement savings.

Federal regulation of superannuation funds was limited before the introduction of award superannuation. This was exemplified in tax schemes where employers "contributed" on behalf of employees who were unaware of their entitlements, or who only became entitled after meeting onerous service and contribution requirements.

The Superannuation Industry Supervision legislation was enacted in 1993 to protect employee superannuation entitlements.

Under the new framework, the responsibility for employee benefits was placed with the employee, allowing employees to change between funds, protecting employees from fraud by the trustee and limiting control of the fund by the employer. Arguably this portability has also led to a structural change in superannuation funds, as the accumulation of funds in one account has replaced separate defined benefit funds as the default form of superannuation.

One of the current policy challenges is how to use these types of accumulated funds to provide a tax effective income stream, like those delivered by defined benefit funds.

Another consequence of an employment based retirement savings system is the gender pay gap is carried on into retirement. As noted in the 2016 Senate Committee Report, A Husband is Not A Retirement Plan, women and men experience work very differently, and this is reflected in their retirement savings.

This issue was also identified back in 1992 in the government report Halfway to Equal. The recommendations from this report included designing the superannuation scheme that takes into account women's broken work patterns and superannuation funds ensuring that women retain membership rights while on maternity leave.

Cabinet papers show both recommendations were supported by the government at the time. These reforms did ensure that women's contributions were preserved, but the structural problem of the link between retirement savings and earnings was not addressed in the design of the system.

Looking back at the decisions of 1992, the superannuation guarantee scheme has served the purpose it was designed to. Most working Australians now have some superannuation to supplement the age pension.

The next radical reform to superannuation, which allowed massive injections into superannuation savings, was in 2007. I look forward to reading the cabinet papers for those discussions.