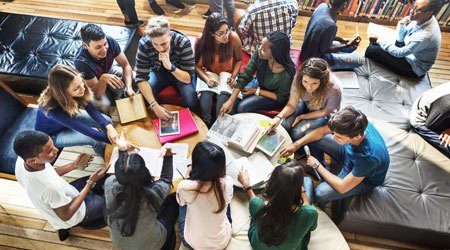 Rising property prices are making it increasingly difficult for first home buyers to get a foot on the property ladder. As prices rise, saving a deposit becomes a more onerous task. CoreLogic figures show the effect of this has been a reduction in first home buyer numbers to historic lows. Recent evidence also shows that those who are able to claw their way into the property market are often forced to do so with the help of their parents.

A number of solutions to Australia’s housing affordability woes have been offered, from removing the price-distorting effects of negative gearing, to increasing supply, to allowing first home buyers to dip into their superannuation. One solution recently put forward is staircasing.

Staircasing is a shared ownership scheme common in the UK. The arrangement allows home buyers to purchase their home in stages, paying rent in the interim.

Staircasing, as practised in the UK, allows borrowers to buy a share of a home and pay subsidised rent on the remaining share. The homes are generally owned by a housing association, which retains ownership of the remaining share and charges capped rent. In the UK, this rent is capped at 3% of the value of the share owned by the housing association. 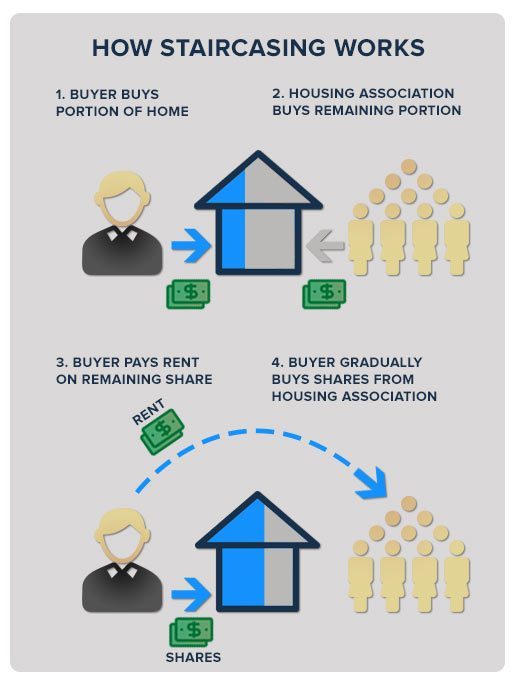 For instance, if the borrower in the example above decided to purchase a further 25% share of the property, they would pay £31,250. The borrower would have the option of taking out a mortgage for up to 95% of the value of this share, or £29,687.50.

If the buyer moved home during this time and the house was sold, they would receive a proportion of the sales profit relative to their ownership share.

Borrowers also have the option to eventually take full ownership of the property. However, there can be restrictions on the future sale of the home, even after the borrower takes 100% ownership. In many cases, the housing association which initially provided the home will have the right to buy back the property at market price.

Could it work here?

While staircasing shared ownership schemes are not currently available in Australia, there have been suggestions it could be implemented. A recent entry in the Commonwealth Bank’s Future Home Insights Series argued that staircasing could be a solution to the problem of housing affordability.

“Instead of buying a house outright, home owners are buying a share in a property and gradually increasing this stake as their savings grow. Whilst this is new to Australia, overseas examples include a British government scheme, which allows home owners to pay as much as they can afford – usually between 25% and 75% of the total value of a property – increasing their ownership stake when funds allow,” the bank said.

“Anything that helps Australians into the property market should be applauded. While staircasing is a home ownership technique that is not currently employed in Australia, there is nothing to suggest a scheme like that couldn’t work here,” Flavell said.

What are the risks?

Staircasing isn’t without its drawbacks. In the UK, a recent study by the Joseph Rowntree Foundation found fewer than half of borrowers in shared ownership schemes ever reached 100% ownership. Part of this was due to the high costs involved.

Staircasing can be an expensive proposition, because each time a borrower buys another ownership share, there are upfront costs involved. Buyers have to pay for a new valuation, legal fees and stamp duty each time they purchase a new share.

Shared ownership schemes like staircasing also don’t provide the level of security of traditional ownership. Under shared ownership regulations in the UK, the borrower can be evicted for rent arrears if their share is less than 100%.

Staircasing can make property much more accessible for home buyers by greatly reducing the deposit necessary to get into the housing market. It enables borrowers to spread the financial commitment of buying a home out over several stages.

However, staircasing also comes with a significant number of pitfalls that can leave potential home buyers in no better position than if they had remained in the rental market. And while it does provide a path to full home ownership, the UK experience shows this is a path most borrowers don’t end up taking.

While staircasing provides an innovative way to tackle Australia’s housing affordability problem, it’s unlikely to serve as a panacea.