How overseas regulators are dealing with fintech problems 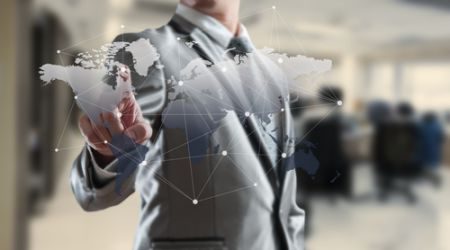 As fintech hurtles forward, regulators worldwide are frantically writing rules to catch up.

Last week, the Office of the Comptroller of Currency (OCC) in the US announced plans to start accepting special charter applications from fintech companies, essentially giving them an avenue to be subject to federal banking rules. Regulators in the UK, who are arguably the most "fintech-friendly" in the world, have recently become concerned about practices of peer-to-peer lenders, and in China, sweeping peer-to-peer regulations are being put in place.

The world, not just Australia, is responding to fintech. So how are these regulators dealing with fintech, are they knee-jerk reactions and do they reveal flaws in our own market?

The OCC has recently announced a change in regulation which something the fintech industry has been lobbying for some time. Fintech companies will now be able to apply for federal charters which will allow them to become "special purpose national banks". Currently, fintech companies need to seek permits state by state or partner with a bank in order to operate nationally.

Thomas Curry, head of the OCC, said this will be better for all parties involved in the developing fintech industry.

"It will be much better for the health of the federal banking system and everyone who relies on these institutions if these companies enter the system through a clearly marked front gate, rather than in some back door, where risks may not be as thoughtfully assessed and managed,” he said.

The most notable fintech company in Australia to get a banking licence is payments platform Tyro, and speaking at the Fintech Summit in Sydney, CEO of Tyro Jost Stollmann said the process had been a long battle for the fintech.

PayPal also holds a restricted banking licence which allows it to operate in Australia. While many financial institutions are able to operate without a banking or even credit licence, most notably small business lenders, a lot have opted to in order to pre-empt any regulations that may be introduced down the line. For many new market segments, such as marketplace lenders, the Australian Securities and Investments Commission (ASIC) can simply release guidelines to help inform them of best practice.

Peer-to-peer (P2P) lenders are the focus of regulatory concerns lately in the UK, with Britain's Financial Conduct Authority (FCA) finding some P2P lenders using customer money to buy loans on rival platforms rather than funding loans on their own. CEO of the FCA Andrew Bailey told Business Insider there were a number of risks with this practice.

"On the one hand, operationally, if there’s too much cross investment you’ve got a split cap investment trust issues. If one fails it could have knock-on effects throughout the other players. And then also investors may not understand the risks they are getting into because if they have chosen one platform because they like it they might find they’re exposed to other platforms," he said.

Tougher regulations in P2P lending was suggested in a paper released by the FCA, which also found that increasingly complex structures are introducing new risks and conflicts of interest, and that risks were hard to assess.

Marketplace lending is yet to be formally regulated by ASIC in Australia, with the regulator only releasing a regulatory factsheet thus far. However, the industry is flourishing and more and more players are coming into the market, so tougher regulations may need to be introduced to reduce the risk of wrongdoing, whether intentional or accidental.

Chinese regulators have had a seriously tough time with the country's P2P lending boom, a sector worth more than US$60 billion. In September, the problem went so far as police raided the properties of two P2P lenders, both of which are now defunct. new regulations were introduced by authorities in October, after a long delay which may have been caused by economic fears for small businesses, with SME lending outside of P2P largely non-existent.

The new regulations include limiting individual borrowing to RMB $1 million and P2P platforms will not be able to take public deposits, create asset pools or provide guarantees to lenders. P2P lenders are also not allowed to sell wealth management products or issue asset-backed securities and will be required to use third-party banks as custodians for investor funds.

Australia is largely playing catch up with fintech, having previously lagged on investments, adoption and the fact that products introduced later to the market have had less chance to establish themselves. However, regulations have been supportive and we are catching up quickly. But the question remains: Will what is happening overseas, especially in terms of regulation, eventually happen here too?