Westpac’s call to lift its variable mortgage rate by 20 basis points will affect over 550,000 Australian households. While it’s unusual for lenders to announce rate hikes outside of the Reserve Bank’s cash rate cycle, speculation suggests that this may be trending. 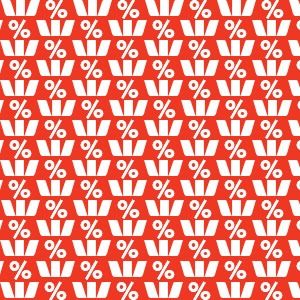 On Wednesday 14/10/15 Westpac announced that it would increase its variable mortgage interest rate for owner-occupier and residential investment property loans by 20 basis points effective November 2015, in response to APRA’s tightening capital requirements.

Westpac customers will be adversely (and directly) affected by the bank’s decision to lift variable home loan rates, and it appears that many Australian lenders will follow suit and potentially make unexpected rate changes outside of the Reserve Bank’s cycle.

While a 0.2% rate rise may seem insignificant, it’s estimated that Westpac’s decision to boost its variable rate home loan rates next month will affect over half a million Australian households- an estimated 552,000 in total.

Interestingly, according to the May finder.com.au RBA Monthly Survey, some economists predicted that the cash rate would start rising in the fourth quarter of this year- an outcome which seems feasible following Westpac’s decision yesterday.

ALSO READ: How to refinance your home loan

Read on to find out why Westpac made this decision and how you can prepare for future rate rises, and estimate the impact of rate changes on your mortgage repayments.

Our money expert, Michelle Hutchison, says that since May this year several lenders have initiated out of cycle home loan rate changes and that this could be a result of APRA’s capital requirements for lenders to boost the risk weight for home loans.

"In addition to Westpac’s announcement today that will see the bank lift its variable home loan rates by 0.20 percentage points effective from November 20, we’ve actually seen many out of cycle home loan rate changes after the last cash rate cut in May.

"According to the finder.com.au/home-loans database, 407 variable home loans have changed their rates out of cycle since June this year, 352 of which decreased”, she said.

Why did Westpac increase its variable home loan rate?

According to Michelle Hutchison, Westpac initiated this rate rise as a result of APRA’s intervention with regard to capital requirements for the risk weight on Australian home loans.

"With low funding costs and record high household deposits, it seems unusual for banks to be lifting variable rates out of cycle right now. However, Westpac could be preparing early for APRA's capital requirements of the average risk weight on Australian residential mortgage exposures to increase from 16% to at least 25% by July 2016.

"Total household bank deposits is at a record high of $737.3 billion, according to the latest APRA data analysed by finder.com.au. Westpac's household deposits is also sitting at its highest level, at almost $171 billion, as at August 2015”, she said.

As at October 2015, Westpac has announced that the following changes will become effective for Westpac customers next month.

What does this mean for the rest of the industry?

With Westpac’s unexpected rate rise announcement, Michelle Hutchison says that further variable mortgage rate hikes could be on the horizon and that other lenders may imitate this move.

"The biggest concern is that Westpac's rate rise could open the floodgates for the other big banks and the rest of the home loan market to follow. So we're expecting to see more variable home loans rise in the coming months.

"Westpac holds 23% of the owner-occupied home loan market share out of all banks monitored by APRA, while the big four banks hold a combined 82%. They set the benchmark for the entire mortgage industry”, she said.

How will this impact me?

Estimate how much a 0.2% variable rate rise could affect your mortgage repayments by using our monthly repayment calculator. Simply enter your details into the calculator and adjust the interest rate to account for future rate hikes to see how your repayments would change.

Alternatively, you can view the table below to see how a 0.2% rate increase would alter your mortgage repayments.

Based on current average variable home loan rate of 5.1%

How can I prepare for future variable mortgage rate rises?

As a savvy borrower, you can take the following precautionary steps to ensure that you’re prepared for a potential rate rise:

If you’re looking for peace of mind or greater certainty for your home loan repayments, you may want to consider fixing part or all of your home loan through a competitive fixed rate home loan, which you can compare in the table above.

To prepare for potential variable rate increases, Michelle Hutchison says that you should practice due diligence and conduct thorough research to ensure that you’re getting the most competitive deal.

“We’re clearly seeing banks respond to APRA’s crackdown, and expect to see further movement in the residential lending space so watch this space. For borrowers, it’s definitely the time to do your research when shopping around for a home loan to ensure you’re getting the best possible deal for your situation as competition looks set to get tighter”, she says.