How does property stack up to other asset classes? 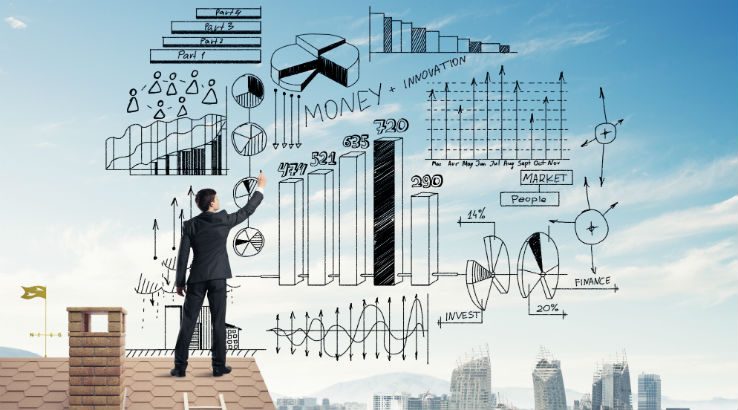 If you had put your money in property 20 years ago, how would you compare to investors in other assets?

Australians have a love affair with property as an asset class. The Reserve Bank of Australia estimates that individual investors own around 23% of the residential properties in Australia. Housing, as an asset class, is seen as a solid and safe investment.

But how does property compare to other forms of investment, such as shares, bonds or cash? If you'd bought in Sydney 20 years ago, would you come out ahead of people who had put their money into other investments?

A look at the numbers

Fortunately, the answer is a relatively easy one. ASX data shows us the performance of different asset classes over a 20-year period. 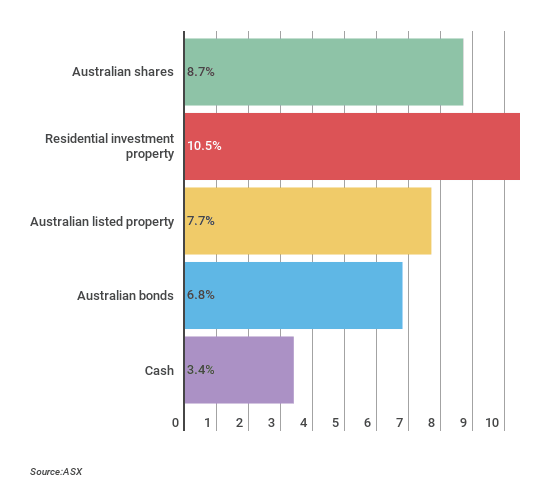 As you can see, property has outperformed other asset classes over the past 20 years. While shares are a relatively close second, property has still performed better.

So, assuming you had chosen to invest in property in 1997, where would this leave you? REIA and Commonwealth Bank data tells us that the median house price in Sydney in 1997 was $233,250. Domain data tells us the current median house price in Sydney is just over $1.1 million. But if we assume the 10.5% per annum growth that Australian property saw in the last 20 years, this is what your investment would look like: With a final price of $1,554,908.85, that's a bit more generous a gain than Sydney's median house price data would suggest, but certainly not out of bounds for the harbour city.

By comparison, this is how a similar investment in other asset classes would have fared if you had reinvested any returns each year: 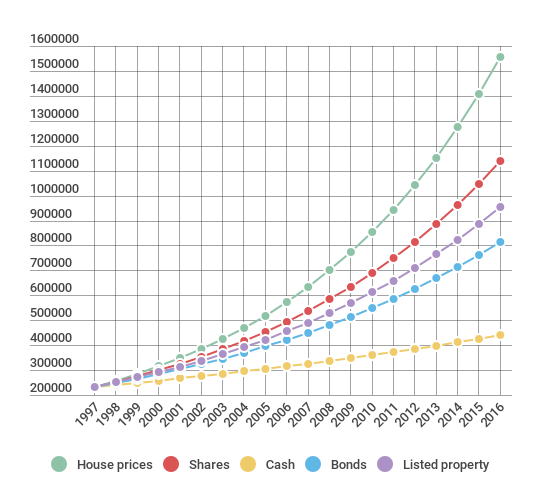 But this doesn't take into account that most people don't buy their house with cash. In other words, it's highly unlikely you'd be choosing between investing $233,250 in property, shares, bonds or cash. A more likely scenario would be having amassed enough for a 20% deposit, or $46,650. You would then have the choice to use your $46,650 to buy a house or continue to pay rent while investing in a different asset class. If you had invested this $46,650 in one of the other asset classes, this would be the end result:

When calculating your final profit, you can decide to not count the principal payments you've made on your home loan. After all, you've been building up equity in your house rather than using a comparable amount of money to pay rent. Moreover, this calculation doesn't even take into account the fact that you could have used the equity you built up in your house over the years for other investments, such as a deposit on a second property. It also assumes you've spent the 20 years as an owner occupier, and haven't used your house to generate any rental income. Even without factoring in these possibilities, property looks like a wise investment.