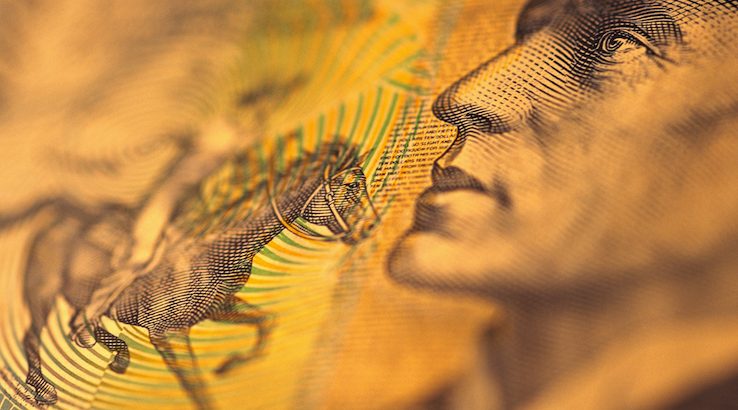 How is it possible for someone to get hundreds of thousands or even millions in franking credits?

Dick Smith caused a minor ruckus last month when he announced he’d received $500,000 in franking credits, but is this even possible? Short answer, yes – so long as you're set up right.

The multi-millionaire and founder of Dick Smith Electronics told news outlets that he was horrified to receive such a large sum of money from the ATO and he had no idea how it got there.

"I think it’s outrageous for wealthy people to be getting money from the government,” Smith said in an interview with The Sydney Morning Herald and The Age. "My accountant said ‘that’s how it works, that’s what you have to do’. I can’t stop it."

Having too much money is a problem few of us will be lucky enough to experience. So let's help Dick, and indeed other unfortunate rich-listers, by looking at how they can avoid getting this enormous cheque from the government and why it's even happening in the first place.

What are franking credits?

Franking credits were introduced to Australia back in the 80s as a way to stop shareholders from being taxed twice on company dividends they receive.

The argument is that since companies already pay the corporate tax of 30% on profits (i.e. dividends), shareholders shouldn't have to pay a second lot of income tax. So franking credits reduce the tax bills of shareholders by the amount the company has already paid.

Here's the controversial bit. In 2001, the John Howard government introduced cash refunds on excess franking credits. This means that if your tax bill is smaller than what you get in credits, you receive a cash refund at the end of the year.

However, dividends are also considered income by the tax office. So even if you're retired and you receive hundreds of thousands of dollars in dividend payouts, you're still held to the same tax brackets as everyone else, i.e. the highest marginal tax rate of 45%.

Which begs the question: how can wealthy Australians like Dick Smith avoid that tax rate and jump straight to the cheque?

Here's how it can happen.

The only way Smith could have knowingly received $500,000 in refunds is through a self managed super fund (SMSF) or DIY super fund* since any assets held in SMSFs and super have a tax rate of 0% if you're retired and 15% out of retirement.

(*Update Oct 14, 2019: The original article did not previously include super funds as a possible way to receive a calculable amount of franking credit refunds. This is not strictly true – super funds also receive franking credits, however there's not typically a simple way to measure how much is allocated to individual members.)

While super funds receive the same franking credit benefits as SMSFs, they vary enormously in how those credits are distributed among members and in the majority of cases they are reflected in a fund's performance rather than in any measurable way. If you have a DIY super fund, you may be able to work this out based on your investment choices.

Assuming that Smith is registered as retired and his fund (let's say SMSF for the sake of simplicity) carries zero tax burden, he must have received around $1.17 million in dividends in the 2016/17 FY. And because he doesn't owe any tax on that – the government handed him an extra $500,000 as a special tax treat.

To give credit where it's due, Smith claimed he donated the full amount to charity.

But there is a simple fix to avoid this moving forward. If he doesn't want to receive any future cash refunds, he would simply need to remove his shares, of which presumably there are many, from his SMSF.

Here's a simplified rundown of two scenarios (put together with help from a friendly accountant), assuming he earned the same amount in dividends each time:

Tax implications in SMSF vs Non-SMSF

If Smith had held his shares outside of his SMSF in 2016/17, his $1.17 million in dividends would have been held to a 45% marginal tax rate (not including medicare and other tax burdens).

Of course, taking franking credit refunds out of the first scenario as Labor planned to do also would have done the trick.

Regardless, it's a franking big difference. Certainly one worth fighting for if you're sitting at the big end of town.