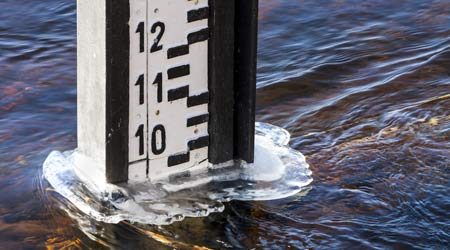 The impact of climate change could hit very close to home.

We usually think about climate change on the macro level, with news of rising sea levels, melting polar ice and extreme weather events. While they might seem frightening, it’s often difficult to conceptualise them hitting too close to home.

But a new study could make the impact of climate change seem much more real and much more imminent. The Climate Institute’s “There goes the neighbourhood” report has identified some of the risks from climate change that seem more tangible and immediate.

According to the study, Australia’s financial system is seriously at risk due to rising sea levels. The risk extends from banks and insurers to individual homeowners, who could find their properties damaged or destroyed as a result of events relating to climate change. The report says one of the biggest hurdles for homeowners is awareness.

“It is difficult for a buyer to assess the natural peril risk of a property – particularly those risks which may increase over time because of climate change impacts.”

It also notes that new services are now available to help homeowners assess the risk climate change poses to their property. Specialised valuation companies are quantifying the impact of climate change through interactive tools and comparison reports that help property owners identify areas under threat. Few consumers are aware such tools exist, though.

“Field research suggests that some individuals in vulnerable areas may often have very low levels of awareness of emerging risk such as sea level,” the Climate Institute report says.

“Lack of awareness and information was explored in our 2014 report, Buyer Beware, which found that comparing online home insurance premium quotes could be an indicator of exposure to climate risks, particularly where premiums are high or vary greatly – although this is obviously a poor substitute for rigorous and comparable data.”

Homeowners aren’t the only ones who have yet to properly recognise the risk posed by climate change. The report says banks are also unprepared for the impact rising sea levels could have on the financial system.

The Climate Institute argues that rising sea levels could cause significant damage to coastal properties, leading to declines in value or even evacuation.

“Where the home becomes uninhabitable, and/or the value of the land is reduced substantially, individuals may default, leading to losses for banks.”

The report points out that Australia’s banks are heavily invested in residential property. Residential mortgages make up 60% of their assets, meaning an event that puts these mortgages at risk has flow-on effects for the entire financial system. Even if climate change only has a direct impact on a small proportion of Australian housing, the report predicts that any changes would echo throughout the financial system in devastating ways.

“While only a small proportion of Australian housing might be ultimately at risk of falling value due to climate change, it should be remembered that a ‘contagion’ effect has been observed in other markets where sudden repricing of risk occurred, particularly where there is limited information available about the extent of risk throughout the market. Relatively low levels of outright losses on subprime mortgages precipitated the financial crisis,” the report says.

Banks haven’t been entirely remiss in addressing the issue, however. The report points out that Westpac has acknowledged that increased flood risk from climate change poses a risk to its mortgage and other loan assets in several government submissions. Similarly, ANZ has stated it will devise a method to analyse climate change risk and NAB has conceded that it is exposed to the impact of climate change, both through its residential home loan and agri-business customers.

What can we do?

For consumers, the most important factor is awareness. The report recommends that consumers do their research to make sure they’re not buying in areas under threat. Home buyers can also mitigate risks by making sure their home is constructed to withstand extreme weather events. While the Climate Institute report recognises that it can be difficult for homeowners to finance mitigation strategies, it points out that some short-term investments can help avoid long-term damage.

For banks, the report recommends a multi-pronged approach to mitigating the risk. It calls on banks to help lead the way in action on climate change, saying that “both industry and community would benefit from clear participation by the banking sector in this arena”.

Specifically, the Climate Institute says banks can help protect the risk to the housing market and Australia’s financial system by:

“If initiated early and conducted thoughtfully, such measures would avoid a sudden devaluation event and any turmoil or disorderly repricing that may result,” the report says.

Ultimately, the Climate Institute says banks will not only protect their own assets, but will better engage with the community by showing they’re willing to take an active role in protecting Australia from the impact of climate change.

“They would promote social good and provide opportunities for individual banks to attract and retain customers.”