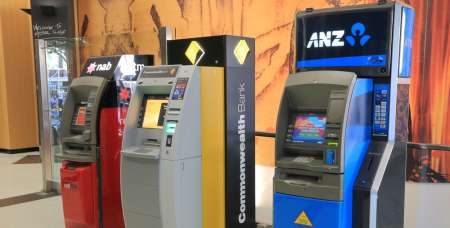 There's big money in holding off cuts for even a few days, as Swinburne's Abbas Valadkhani explains.

When Australia's central bank moves interest rates as part of its monetary policy, it's not just politicians who stand to lose if banks don't follow suit.

Retail lending markets form an integral part of the monetary policy transmission mechanism. If interest rate rises are passed on at a different rate to cuts it can adversely affect the efficacy of expansionary versus contractionary monetary policy.

In August 2016, APRA data showed the big four Australian banks held 83% of the home loan market (including both the owner occupier and investment categories).

At an individual level, the ability and willingness of lenders to pass on the official interest rate cuts to borrowers depends on many factors. These include exposure to overseas funding sources, market power, the funding mix, reserves and the extent of securitisation. But it's also clear delaying interest rate cuts can significantly impact their bottom line.

According to my analysis, the big four banks can make approximately $8.6 million per day as a group if they do not fully pass onto borrowers a hypothetical 0.25% cut in the RBA's cash rate.

More specifically, if ANZ, CBA, NAB and Westpac manage to postpone lowering their mortgage interest rates say by 10 days, they can potentially make an extra $16, $28, $16 and $A26 million dollars in profits, respectively.

Previous studies on mortgages, small business loans and credit card interest rates have found significant evidence for the "rockets and feathers" hypothesis. That is, when the cash rate increases, various lending rates shoot up like rockets but when the opposite occurs they go down like feathers.

In my research I used monthly data (2000-2012) for 39 bank and non-bank financial institutions including 7 building societies, 15 Australian-owned banks, 3 foreign subsidiary banks, 13 credit unions, and 1 major mortgage broker. The research found the mortgage interest rate spread of all lenders rose after the 2008 global financial crisis, albeit to varying degrees.

In general, the research shows most building societies and some credit unions can offer more competitive home loans than banks.

There is no significant relationship between lenders' markups and the level of over the counter customer service since the 2008 financial crisis. This is an important observation as the mortgage spreads of larger lenders are typically higher than those of their smaller non-bank counterparts. This puts lie to the view that the relatively higher mortgage interest rates of the larger banks in Australia are justified by higher overhead costs associated with the running of their large branch networks.

Abbas Valadkhani is Professor of Economics at Swinburne University of Technology. This article was originally published on The Conversation. Read the original article.