How Aussie businesses consumed energy in 2015 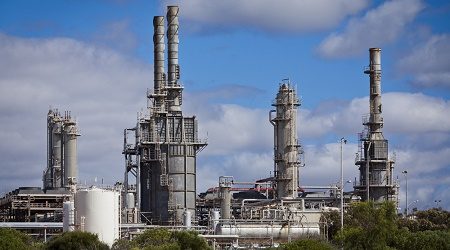 Diesel was the most-purchased energy product.

Australian business coughed up $46.5 billion for energy products in 2014-15, according to the latest figures.

Of these sources, diesel was the most-purchased at $19.8 billion, with the mining industry accounting for more than a third (36.8%) of this expenditure.

70% of all diesel consumption was attributed to the mining and transport, postal and warehousing industries.

Non-renewable energy sources (including coal, natural gas and petroleum products) amounted to 88% of the total electricity produced by Australian businesses in 2014-15, while renewable energies (including hydro and wind) made up the remaining 12%.

Electricity, gas, water and waste services generated the highest electricity outputs in 2014-15, while Australia's mining industry was responsible for 36% of all energy production.

The manufacturing industry, responsible for 14% of the total energy output, generated 8.3 million gigajoules (GJ) of electricity from renewable sources, the largest being biofuel and bagasse.

Small businesses were responsible for more than 54% of total solar power generation in 2014-15, while large businesses accounted for the remaining 45%.

If you're looking to save hundreds of dollars on your energy bill, use our detailed energy guide to compare Aussie providers.