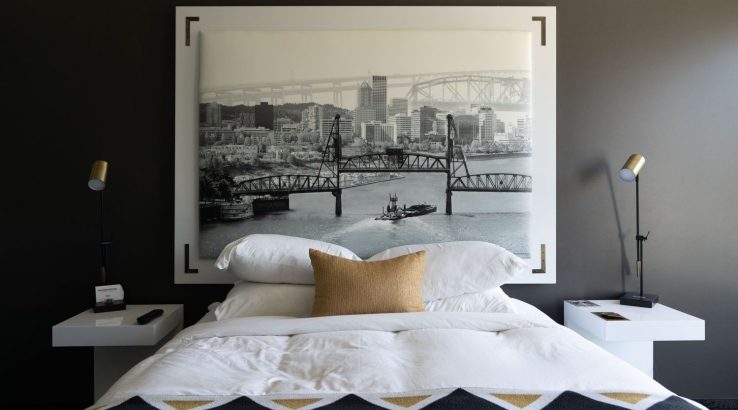 A chic stay, perfect for the traveller who wants to be within a stone's throw of the city's best eats and beats.

If you consult Google for the best boutique hotels in Portland, The Jupiter will no doubt appear. Famed for being the first hipster hotel in the city, it's a converted motel with a hipster-chic feel and a concert venue (Doug Fir) on its premises.

In other words, it can become a little loud and a little rowdy, particularly on concert nights.

Enter Jupiter NEXT. Opened in June 2018, this 3.5-star boutique hotel is the quieter, more mature sister of The Jupiter. And because they get along so swimmingly, she lives just across the road.

So does she deserve to sit next to her sister on the best boutique hotel lists? My husband and I spent four nights in her lap of luxury to find out.

Jupiter NEXT: The details

Portland is one of the more expensive cities in the US. When we were looking we found 3- to 4-star hotels within walking distance of downtown ranged from US$143 per night to US$478 per night.

So at approximately US$180 per night during peak season, Jupiter NEXT was very much at the lower end of the cost spectrum.

Jupiter NEXT is located on the east side of the city. In other words, on the "other" side of the river. At first glance this might not seem ideal but there are a couple of reasons why I'm now an advocate for staying in the area.

The first is that it's not as far as you think. As the city is just over a kilometre from Jupiter NEXT's doors, it takes less than 10 minutes to get downtown by bus and less than 20 minutes by electric scooter.

The other is the atmosphere. There's a reason why The Jupiter became the first hipster hotel and that's because Portland's east is hipster central. Boutique restaurants line Burnside Street, food trucks devour Hawthorne Street, bars pulsate with live music and the streets are generally wide and impeccably clean.

Head into downtown and that all disappears, overtaken by the grit of office buildings, high street fashion outlets and homeless people on the street that's sadly too prevalent to ignore.

The biggest downside to this location is that it's a little far from Portland's Washington Park which houses tourist attractions like Oregon Zoo, the International Rose Test Garden and the Japanese Garden. To get there you're looking at an hour on public transport, which may not be ideal if this is all you have on your Portland travel itinerary.

Bright, modern and a little boujee, Jupiter NEXT was designed with the millennial in mind.

The palette is comprised of blacks, whites, golds and millennial pinks and in every setting there's something plump to fill the space, from soft-coloured armchairs to fluffy gold pillows. 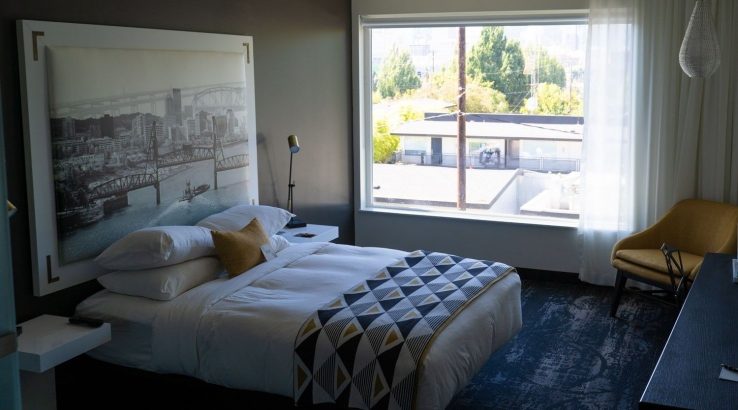 Before we even landed in Portland, Jupiter NEXT emailed us saying we could check in online to speed up the process. Unfortunately, we were arriving at lunchtime which was a few hours before check-in opened. And while the system offered to check us in early, it was going to be at a cost of US$25.

So we ditched that option and decided to hedge our bets at the counter.

Upon arriving we were greeted with a smile and were told that our room would be ready in an hour. Our options? We could wait in the lobby or leave our bags and return later. It was standard procedure but all done in the friendliest manner. We chose to leave our bags and grab lunch.

When we returned an hour later our room was ready and we were checked in with speed.

Check-out was just as easy and completed in just a few minutes. The hotel also emails you the invoice so you have a record of your payment without the paper.

Our room was spacious, bright and spotless. It featured a queen bed, inbuilt desk, two chairs and side tables, yet still gave us ample room to lay our luggage on the floor.

A factor that no doubt contributed to this sense of roominess was the minimised bathroom, which consisted of a walk-in shower and toilet only. This configuration forced the vanity and mirror into the room's hallway. It's odd but by no means off-putting and comes off very industrial chic. 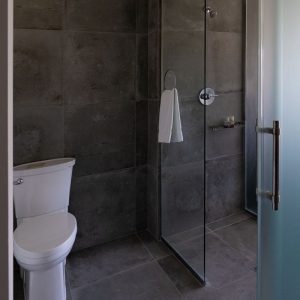 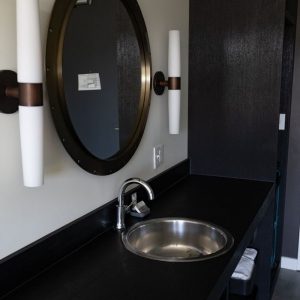 Other welcome quirks included a virtual assistant called Roxy whom you could ask questions of similar to how you would Google or Alexa, free morning coffee from the downstairs bar and chalkboard doors, which we noticed the staff used to write a sweet congratulations message on to a pair of newlyweds.

Our only critique was the view. Our window faced west, which welcomed the nice warm afternoon sun. However, being on the third floor, views were of The Jupiter next door. And, being a refurbished motel, you could see guests and staff walking along the balconies between rooms.

Higher floors at Jupiter NEXT overcome this eyesore and sport views of Portland CBD.

Breakfast isn't available as an add-on for guests (although quirky options like sex toy and tattoo packages are) but you're more than welcome to chow down at Hey Love, the cafe/restaurant downstairs and charge it to your room.

In the mornings, Hey Love serves Australia's Proud Mary coffee, brewed to perfection so you won't have to cry over your American cup of java. It also has a breakfast menu rife with healthy cafe-style options. We shared the breakfast burrito which was melt-in-your mouth delicious.

The bar section has a speakeasy feel and while we never drank at it, it always seemed to be pumping when we returned back to the hotel in the evenings. 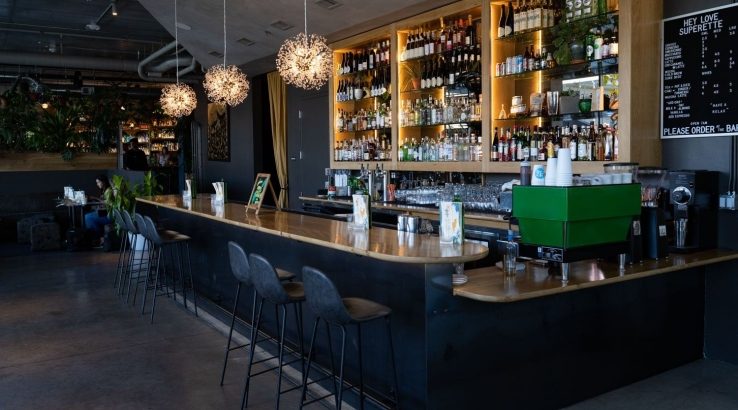 Jupiter NEXT runs slim on in-house facilities but it does facilitate for all guests' needs.

On site there's a communal work and relaxation space on the mezzanine, a perch balcony on the fifth floor that overlooks Portland CBD and a small "fresh air" space on each level for smokers.

A coin-operated laundry is available at The Jupiter and while there is no on-site gym your keycard gives you a wealth of discounts to nearby facilities including Evolution Healthcare & Fitness and Modo Yoga.

Jupiter NEXT is a jewel of the east. Its rooms are contemporary, pristine and highly affordable, while its staff are youthful and friendly.

While still within a short distance of downtown, it's definitely one for the millennial traveller who prefers to veer away from the CBD in lieu of exploring the trendsetting bars, restaurants and shops in East Portland, including the one just downstairs.

Book your stay at Jupiter NEXT

Stephanie stayed at Jupiter NEXT as a guest of Travel Portland.