Affordable 5-star accommodation with guaranteed harbour views is only the beginning.

Having opened its doors in July 2018, Hotel VIC is one of the newest hotels in Hong Kong and North Point.

It's also the only 5-star hotel in the area and was designed to ensure that each and every room from Urban to Suite has a view of Victoria Harbour and is teched-up to the hilt.

Oh and did we mention the rooftop infinity pool on the 23rd floor? (See below for pics).

So when finder was invited to live the lavish life at the property for a night, we couldn't resist.

Details of my stay:

My review, in short:

Price is one of the biggest game-changers for me when booking a hotel and for a 5-star hotel, Hotel VIC is extremely well-priced.

The cheapest rooms (Urban Harbour View) can cost as little as HKD1,080 during low season. This converts to $192 per night, which sits closer to a 4-star hotel price in the city than a 5-star.

North Point is a cultural hub on the eastern side of Hong Kong Island. It's home to the famous Sunbeam Theatre, which dates back to 1972 and is one of the few Hong Kong venues that still hosts Cantonese opera performances.

North Point is also a magnet for foodies wishing to nom on egg waffles, which can be topped with ice cream or enjoyed on their own as a street snack.

While North Point has a life of its own, it is away from the city centre which is around 30 minutes west on the subway/MTR. The good news is that the North Point MTR station is just around the corner from the hotel entrance, making the journey almost seamless. It's ideal if you want to be away from it all, but if you're hoping to party in Kowloon or sightsee around Central, it's a little out of the way. 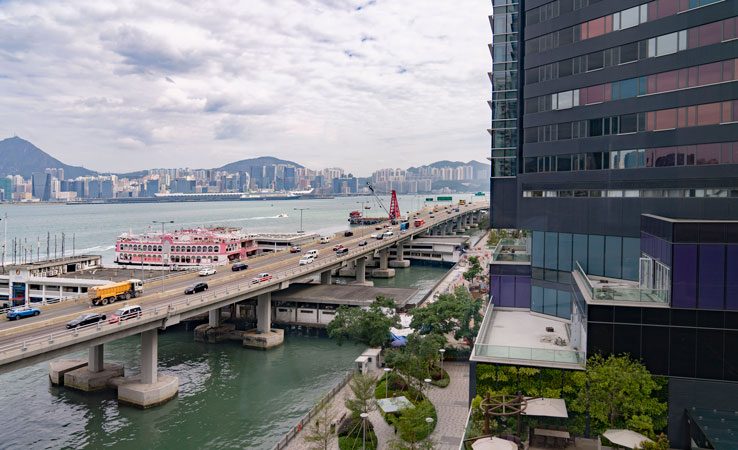 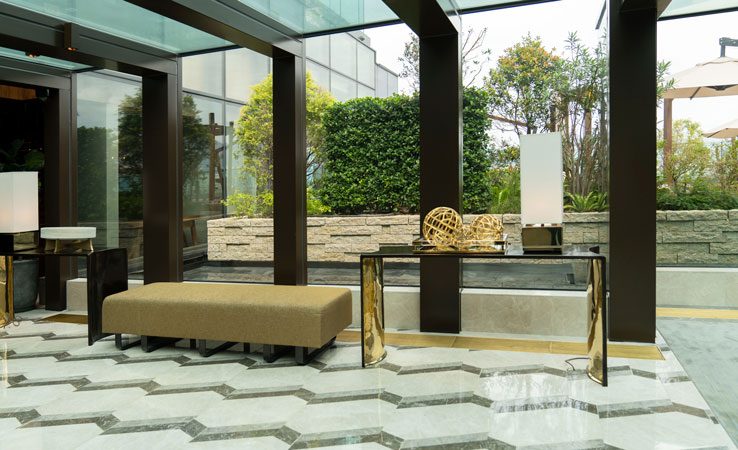 The design and decor

On the outside, Hotel VIC dominates the skyline on Hong Kong Island's east. It's comprised of two towers (east and west) and sits on the waterfront with North Point's ferry terminal at its feet. The walls are flush against the waterfront but angled on the sides, designed to allow each room that coveted harbour view.

Part of a larger project, when we arrived the area was surrounded by construction. A shopping precinct on the ground level is due to arrive in mid-December, with neighbouring apartment towers to follow.

It all feels crazy on the outside but inside the world melts away. The decor is warm and inviting, welcoming natural light and the hallways feel spacious due to their hidden handle-free doors.

Hotel VIC is paving the way for a faster and smoother check-in process by adopting the first self-service check-in terminals in the city. This lets guests grab their key and hit the hay without having to queue at reception.

To do this, check in online and get your QR code. Then, just hit the terminal outside the lobby, scan your code, follow the instructions and the key to your room is yours.

As this is a new innovation when arriving in the lobby (which isn't at the front door by the way but up the lift to the second floor) we weren't aware of the terminals so we beelined straight to reception to check in instead of the more personalised experience.

When we did, the staff were courteous, patient and thorough with their instructions.

Check-out can also be completed using these terminals and there is an app you can download to complete this. 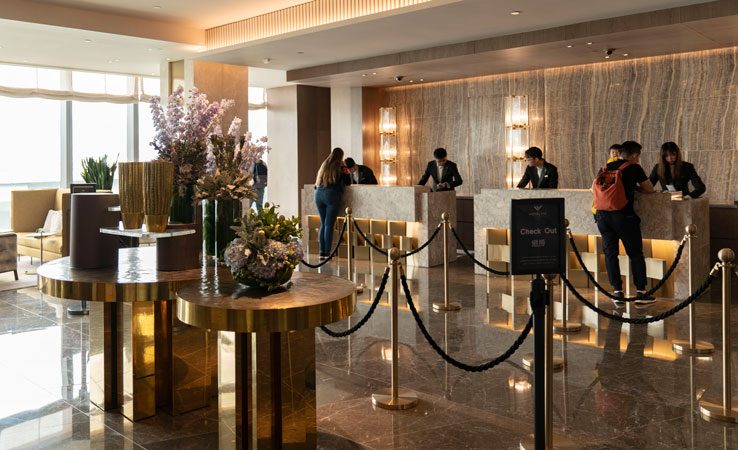 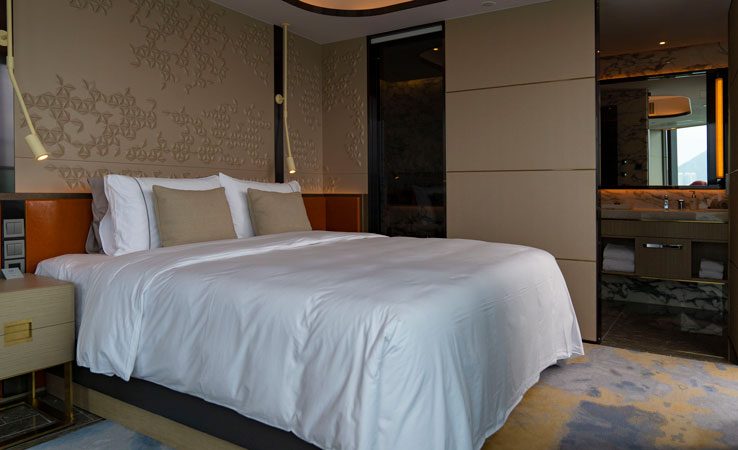 We were given a Premium Harbour View which is the second tier up. The lowest is Urban and the highest the Suites. The rooms get larger and higher up the towers as the price increases and the views obviously become more panoramic.

The Premium room is best suited for two with the option of a double or king bed. If you have a party of three, certain king rooms have a convertible sofa that you can use for a fee. Otherwise, we just used ours to rest while drinking up those views.

The room is highly spacious and what I loved about it were all its specific quirks. In the bathroom, the packaging for the free amenities has designs by local artists of North Point and Hong Kong in general while the minibar comes stocked with soft drinks as well as local beverages like milk tea. As a bonus, these are complimentary, though restocks cost extra.

The room also comes with a handy phone which is common in Hong Kong and is a mobile phone that you can take with you throughout your trip. It's loaded with data so you can stay connected on the go and includes free calls to select countries including the USA and Japan (though sadly not Australia).

There's also an app you can download during your stay which hooks you up with the hotel and lets you order room service, check out and more with your phone.

Hotel VIC has three dining spaces: The Farmhouse restaurant and Farmhouse Deli (cafe) on Level 2 and Cruise, which is the rooftop bar and restaurant.

Sadly we didn't try them all, but we did hit up The Farmhouse for a scrumptious buffet breakfast. The service was attentive and the range extensive, spread across two rooms divided into cold continental eats and hot Western and Chinese breakfasts.

It's good to know about both options, as the continental room is at the restaurant entrance but the hot food room is further in, so you'll have to explore to get to it. Same goes with the toilets, which are hidden at the back of the hot food room.

For families, what I loved about The Farmhouse is that it features separate plates and cutlery for little ones. These are brightly coloured and housed on a shelf below the adult plates. 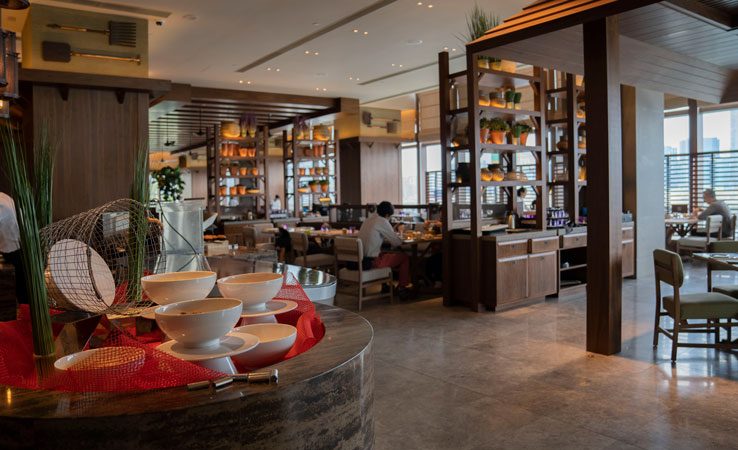 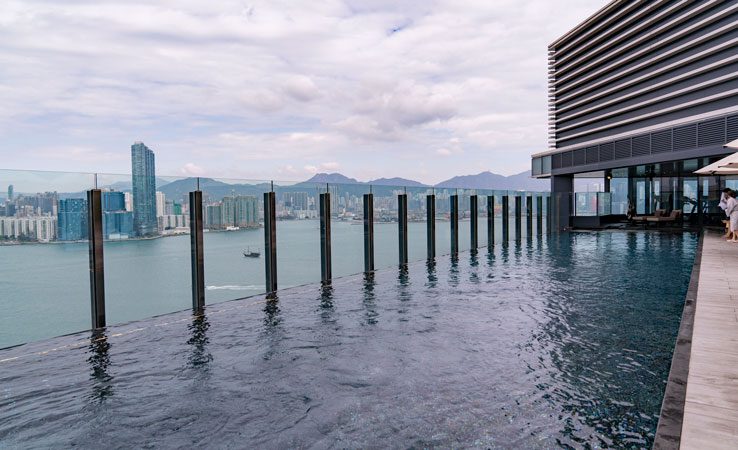 As the hotel is comprised of two towers its facilities are split across each to make the most of the rooftops.

On top of the west tower are Cruise restaurant and The Club, which caters for business travellers, while the east tower has the spa and gym. It's great for the views but a bit of work to move from one tower to the other as the only way to travel between the two is via the lobby on the second floor.

The 25-metre pool overlooking the harbour boasts a jacuzzi for a bit of a pamper. As it's still relatively new it was pretty quiet when we went, so I'd recommend getting in sooner rather than later as this secret is bound to get out. 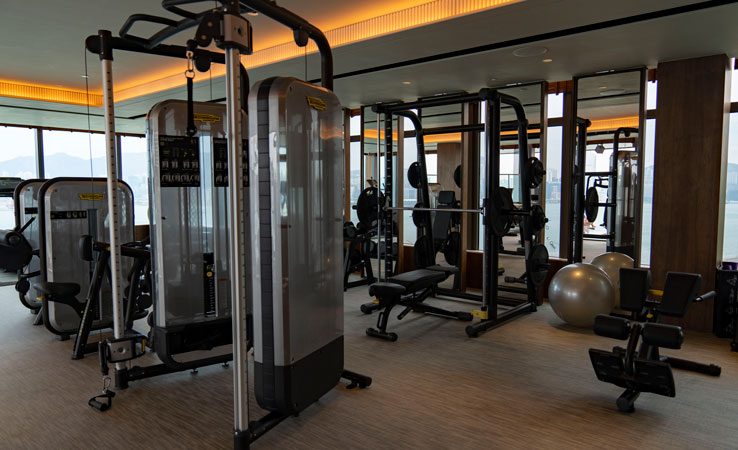 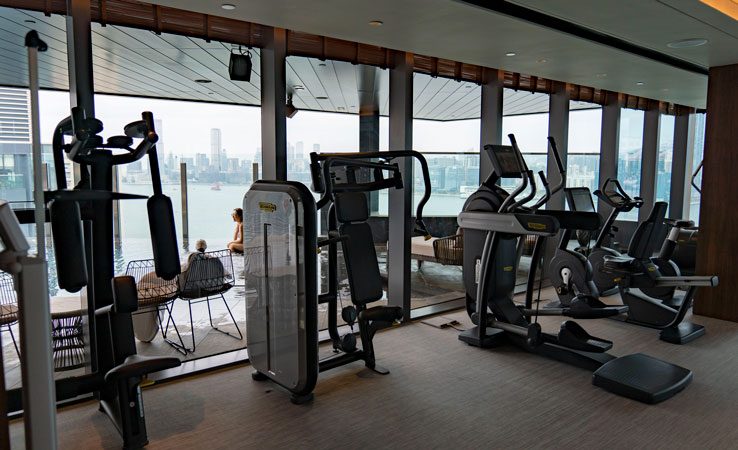 Same goes with the gym, which hosts a variety of machines as well as picture-perfect views. On top of your standard treadmills, weights and step machines, Hotel VIC has the first virtual reality fitness experience for a Hong Kong hotel. It's a blistering core workout that gamifies your fitness and suffice to say my husband did not last long on it.

Hotel VIC is a 5-star hotel with all the trimmings; from its harbour-view rooms and smooth check-in process to its luxe rooftop pool and quirky in-room amenities.

If you're seeking to pamper yourself in Hong Kong away from the hustle and bustle, it's a hidden gem that offers value for money and quality service.

Fallen in love, too? Book your stay with Hotel VIC here.

Stephanie Yip stayed at Hotel VIC on the Harbour as a guest of the hotel.