The Hilton Hanoi Opera is a majestic hotel perched in the heart of the French Quarter Hanoi, right next to the Hanoi Opera House and close to the Red River.

The hotel itself has had a bright history in Hanoi. It's been around for almost 20 years, and won "Vietnam's Leading Hotel" from 2004-2008 in the World Travel Awards.

So does the Hilton live up to its glory days? We were invited to stay for a night and here's our verdict.

The Hilton Hanoi Opera comes up at the higher end of the scale in the upmarket French Quarter. Prices started at $230 per night in October though drop as low as $100 per night during off peak season. Compared to other 5-star hotels in the neighbourhood, it's a bit more expensive than the Meliá Hanoi which charges around $200 per night and the Apricot Hanoi which is priced at $180 per night.

The Hilton Hanoi Opera is located in the French Quarter of Hanoi, near the Red River where many cruises depart. The French Quarter sits within the Hoan Kiem district, which is the commercial hub of Hanoi, so there's plenty to do and see nearby.

The hotel is also near the large Trang Tien Plaza, which is an upscale shopping mall. 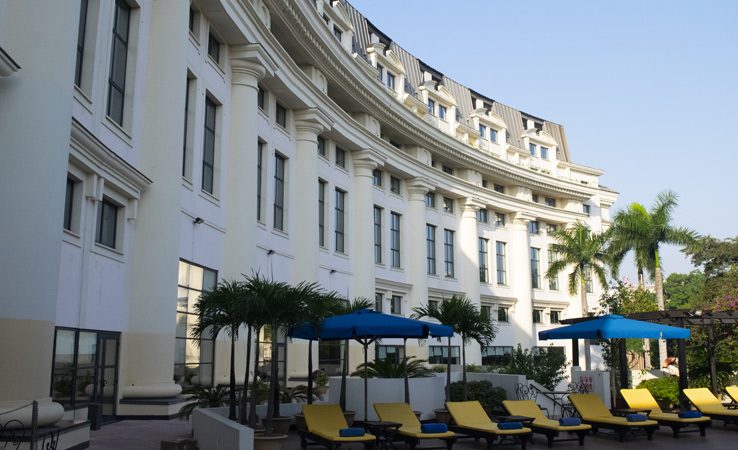 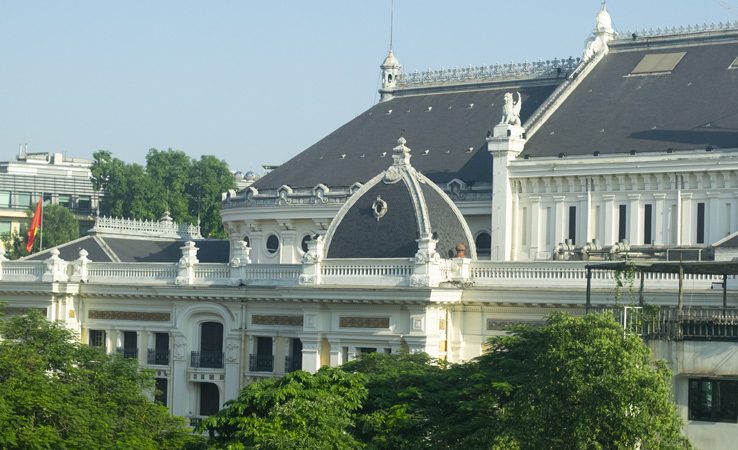 The view of the opera house from my room

The French Quarter is a beautiful area of Hanoi, with various landmarks nearby, including the Hanoi Opera House next door, which was built between 1901 and 1911. The hotel is also close to other sights including:

The hotel echoes the French history of Hanoi and Vietnam, and so while not being modern or artsy, it's grand and traditional. The foyer is huge, with large columns and a massive chandelier hanging from the ceiling. 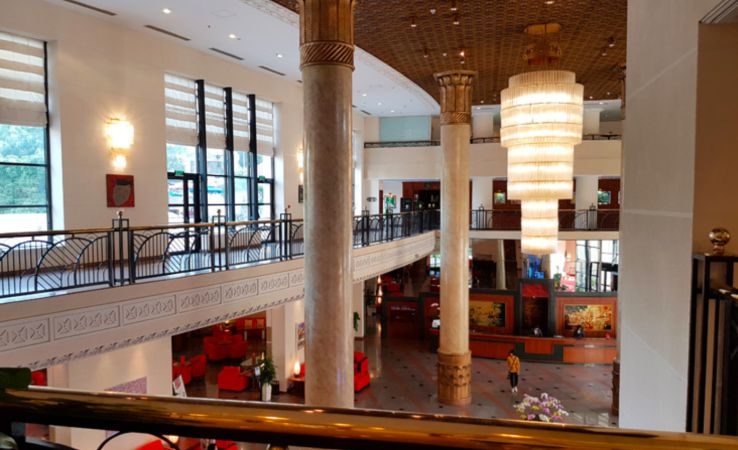 Hallways in the Hilton Hanoi Opera

The check-in and check-out process was smooth, with no notable problems or frustrations.

The room was large, and opened up onto a nice view of the opera house and pool. The furniture, while in great condition, had a more traditional feel which extended to the patterned carpet and wallpaper.

There was a small coffee station, a minibar and a safe tucked away in the closet. I also loved the provided slippers and robes.

The bathroom was also large and had a lovely shower, which was a godsend after 8 hours in an airport lounge and 10 hours flying. It had a bath too, and the expected toiletries.

Overall my room was neat, tidy and clean. 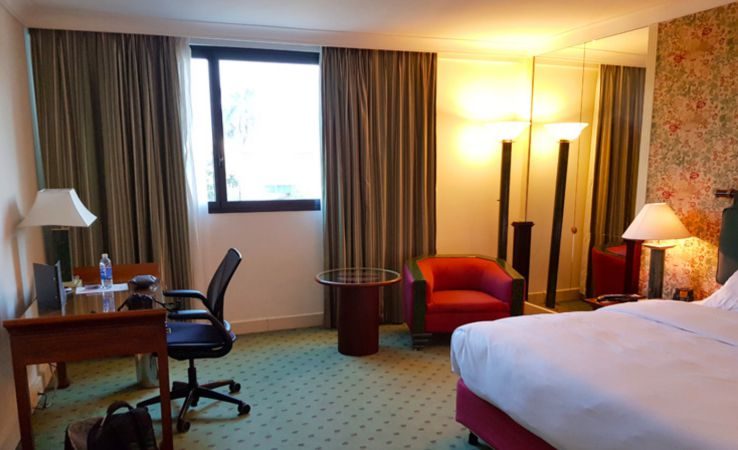 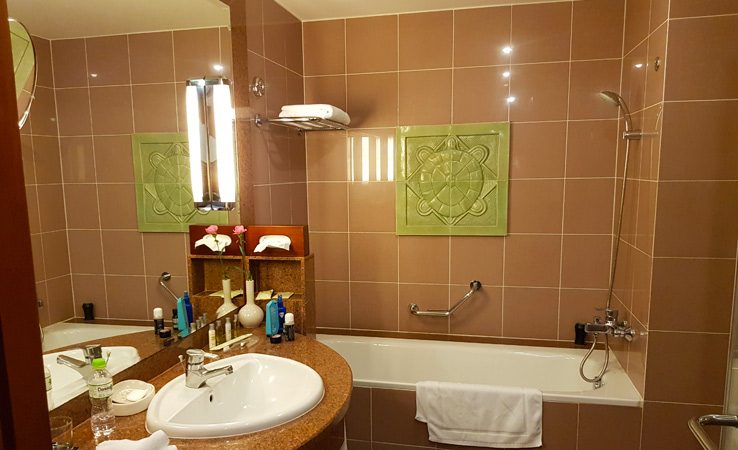 The bathroom had both a bath and a shower

This hotel excelled in the food department.

The included breakfast was at the Ba Mien restaurant above the lobby, and was a comprehensive buffet. There was a Vietnamese corner where you could get a traditional pho breakfast, a Japanese corner, an omelette and egg station, a crepe station, a section for cold cuts, a pastry and bread section, a large vegetarian section, a fruit section and a western section with bacon, sausages and hash browns.

The staff were all friendly, and most of the stations had a full-time staff member there to help serve or make your dish. The crepes were one such example, and were delicious.

There were also fresh juices, cereals and more. Overall I couldn't fault the breadth of options in the breakfast.

If you're after a more private breakfast, there was also an executive lounge on level seven with a smaller range of food options but a nice view of the opera house. 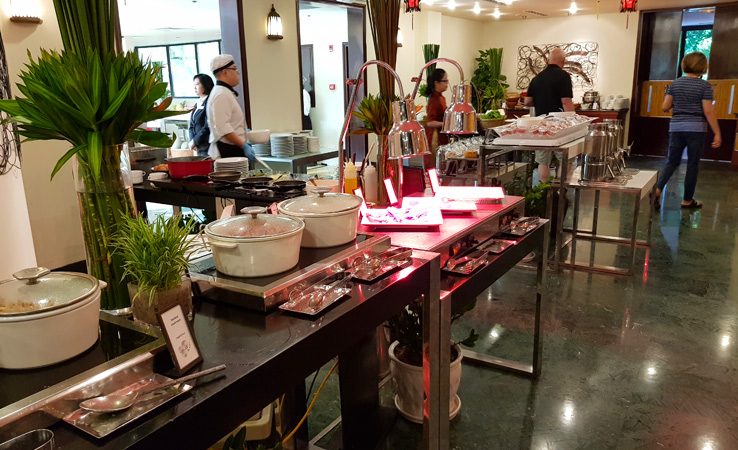 The buffet at the Hanoi Hilton Opera This hotel has a regular-sized gym with a number of treadmills overlooking the opera house and the pool, plus a small weights section on the other side of the room. There was also a jacuzzi. The whole area was open from 6am to 10pm, which gives you lots of time to workout if you need.

There's no ATM in the hotel, but there was one right outside the hotel which charged us about AUD$3 per withdrawal. 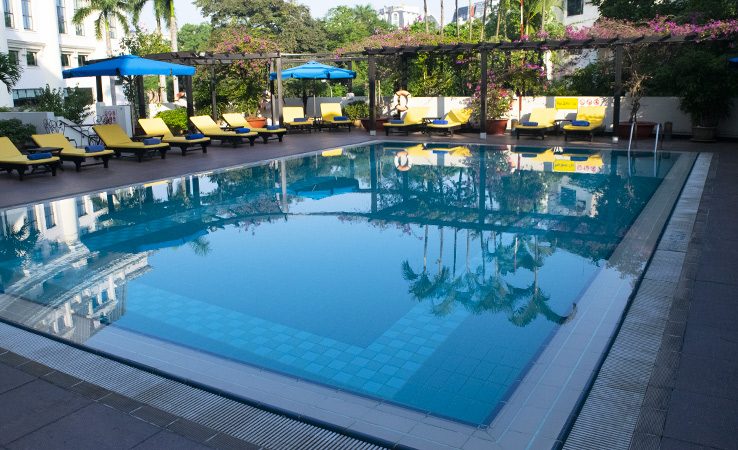 The pool at the Hilton Hanoi Opera 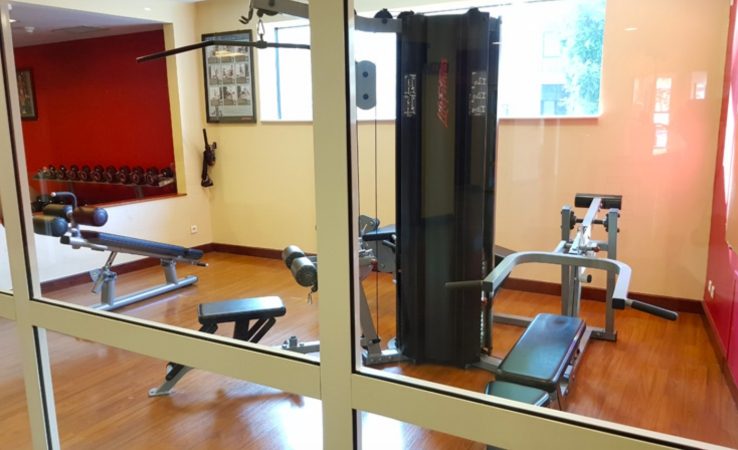 Some of the gym equipment

The Hilton Hanoi Opera sits in a convenient location in Hanoi, with most of the features and facilities you could want in a hotel, plus an amazing buffet breakfast spread. The room itself was spacious, along with a large bathroom and facilities like a coffee station and safe. Overall it's a good choice if you're staying in Hanoi and want a bit of luxury and a hearty meal to start the day.

Marc Terrano travelled as a guest of Vietnam Airlines.

Marc Terrano is a lead publisher and growth marketer at Finder. He has previously worked at Finder as a publisher for frequent flyer points and home loans, and as a writer, podcast host and content marketer. Marc has a Bachelor of Communications (Journalism) from the University of Technology Sydney. He’s passionate about creating honest and simple reviews and comparisons to help everyone get value for money.

Hotel review: Grand Mercure Danang Australians have their say on the best hostels in the world