Hitman 2 review: Not as killer as it ought to be

Hitman 2 is an excellent first assignment for curious newcomers but returning guns might be a little disappointed by the lack of evolution.

It's weird to see something identified in a review as both the best addition to a game and also the source of its most forehead-slapping bug but here we are, folks. Originally intended to be a means to increase your stash space and stealthily move sniper rifles about, Hitman 2's briefcase becomes the most hilarious, should-not-even-be-lethal object since Oddjob's bowler hat.

Whenever an NPC pitches a fit about you being a murderer and starts to carry on, well, you can chuck your own carry-on at them with homing missile efficiency. Straight as a laser, your stylish Armani accessory will cartwheel majestically across the room. Should your victim reach a doorway and juke off down a perpendicular hallway, Agent 47's Luggage 9000 will simply nip around the corner and bury itself into their back. Best bug of 2018. I honestly hope it isn't patched out.

On the topic of things you ought to know about, this franchise has recently swapped publishers from Square Enix to Warner Bros but developer IO Interactive is still delivering what it does best. If you've never played a game in this series the MO is "giving players an assassin with zero creed". Hitman 2 is just as much a sadistic puzzle game as it is a third-person shooter. You can absolutely wade in packing shotguns and katanas, but trust me, making a murder look like a freak accident is so much more satisfying.

Plot-wise, Hitman 2 isn't too bad an entry point for newcomers, too. Our bald anti-hero has discovered that his antics in the original game were orchestrated by a higher power, a supposedly benevolent global order called Providence whose primary goal is the elimination of an anarchic rival known as the Shadow Client. Providence recruits Agent 47 and his handler, Diana, by offering to reveal some specifics about their cloudy pasts. Thus begins a globe-spanning murder spree where the major players alternate from friends to foes (and sometimes back again). 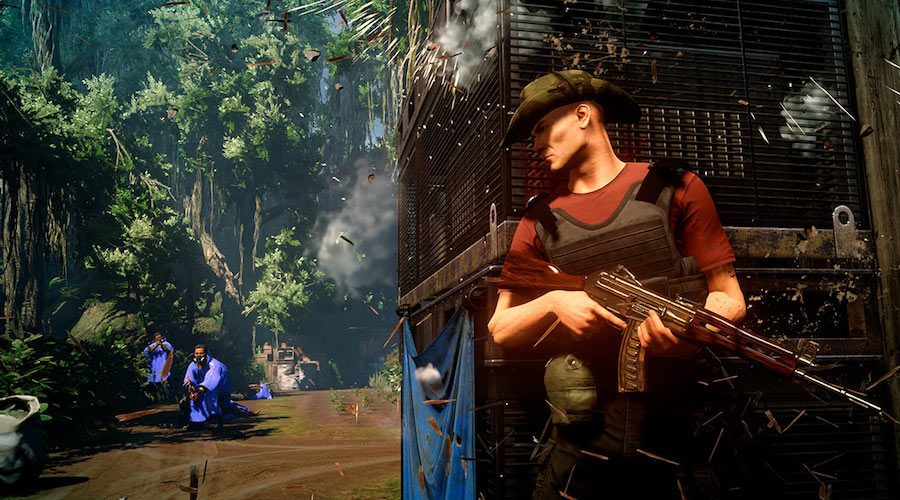 This sordid little tale is entertaining enough, though the narrative threaded through Hitman games isn't what makes them remarkable. Like any game in the series, the true magic is in the six mini-open-world levels that both reward player resourcefulness and offer lots of replayability. Notably, the latter is enhanced by a continuing Hitman timed-event tradition known as Elusive Targets. One of Hollywood's "most killed" actors, Sean Bean, is the first to filter in and the challenge in taking him out proves that variety is the spice of life. Death. Whatever.

In terms of locales, this time around you'll get to stalk rival killers through a beach bungalow in New Zealand, inside a pit area during a Miami race day and in a druglord's mansion in Colombia. I'll not spoil the exact set-ups of the final three levels, though I will say that they take place in Maharashtra (India), Vermont (USA) and an undisclosed location in Europe. All of the aforementioned offer increasingly complex challenges and diverse scenery – I just really wish there was more. Six feels a bit tight-fisted for the asking price.

Along with a shifting palette of places to kill, the murder on offer is slicker than it has ever been in this long-running series. Forget about being inserted into a mission with a Q-branch-worth of hi-tech accessories, 47 typically sources his weaponry from guards or improvises with the many, many everyday objects lying around a level. Better yet, he can creatively weaponise the level itself by using environmental hazards in conjunction with lure tactics and disguises to access areas. Fair warning: cosplaying as a guard will work at a distance but the ruse falls apart on closer scrutiny.

Along with the briefcase, the biggest additions to the main gameplay loop include concussive gadgets and a new picture-in-picture approach to the world. The self-explanatory first option lets you knock out NPCs instead of slicing their throats or installing a blowhole in their foreheads – the benefit being a KO leaves no suspicious blood puddle. Picture-in-picture is a much-appreciated presentation upgrade that overlays a view of key events going on around you. For example, you might be shown a guard being lured from his usual patrol path to investigate a bathroom sink you've deliberately overflowed. The ol' Wet Bandit routine. Classic. 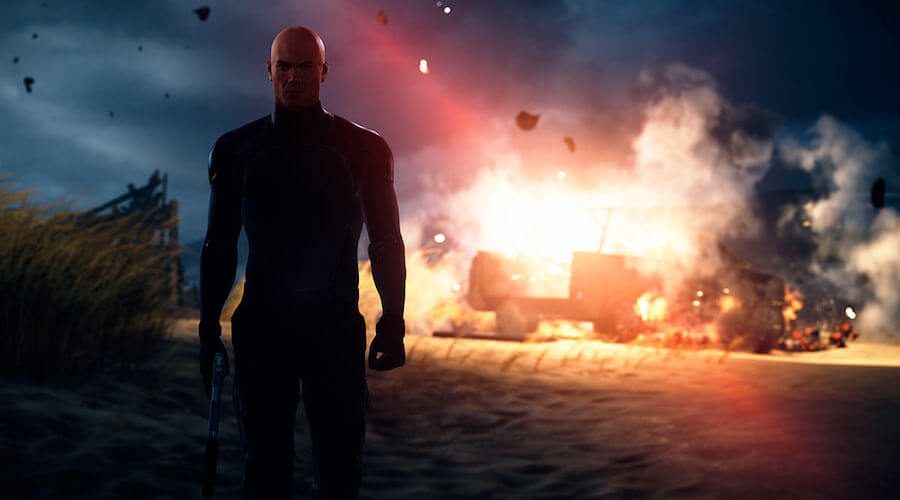 The only other addition worth mentioning is Ghost Mode, a 1v1 asymmetrical PvP offering where players compete to be the best killer. Instead of facing off directly, the idea is to undertake the exact same job in real time without the ability to interact with one another. The agent who eliminates the most targets quickest and cleanest is the victor. This mode starts off novel but match victories stop going to the player with superior reflexes and resourcefulness. The OCD player who has simply played the level to death and has better pattern memorisation skills will win out. It kind of murders the fun.

Speaking of an over-reliance on repetition, in the end, Hitman 2 proves to be a fun game but also a disappointingly safe and un-evolved sequel. The new level scenarios are always appreciated but little effort has been spent on new mechanics nor shoring up some of the old bugs of the original (a handful of iffy AI behaviours return for this ride as well). What we have here isn't exactly a killer experience, it's Hitman 1.5. Until the budget prices come along, only the diehards need to pull the trigger on this today.

Offering a puzzle-shooter experience smoother than 47's bald head, Hitman 2 is an excellent entry point for curious newcomers. That said, this sequel will disappoint returning fans with its lack of evolution.