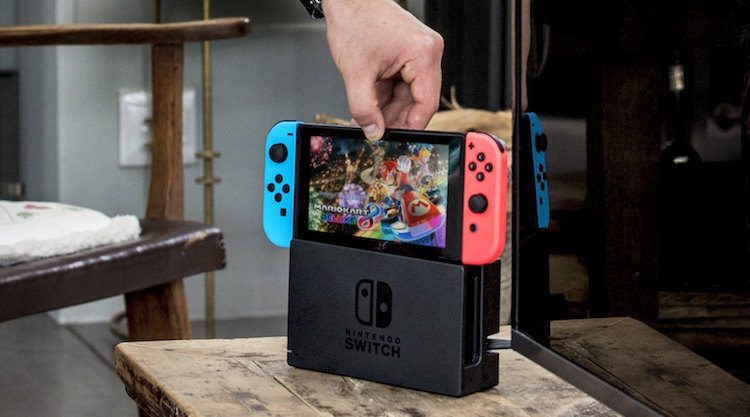 Nintendo's history proves that the Switch doesn't need to sweat it when it comes to launch games.

When Nintendo first showcased its suite of Switch titles back in January fans went through a range of emotions. At first, it was impressive to see so much talent up on the stage, including the likes of a console Fire Emblem (the first in over eight years for Australians) and a new Travis Touchdown game from the ever-excitable but poorly-translated Suda 51.

However, once we realised that we wouldn't be touching Super Mario Odyssey until Christmas 2017 and that Suda's game didn't even have a title let alone any gameplay to show, the excitement began to evaporate. While most fans and onlookers accepted the hybrid console with open arms, its launch line-up (which started with a measly five titles) received a far colder reception.

"What good's a console without anything to play on it?"

"There goes my non-existent pre-order."

You've probably heard it all ad nauseam because people like to pretend they won't be scrambling to grab a Switch the moment a new Metroid is announced.

By all means, criticise the Nintendo Switch. We're days away from launch and still know next to nothing about its online service, it won't support multimedia services like Netflix and YouTube when it first launches and the Australian asking price is a little ridiculous. These are all fair jabs at Nintendo's versatile little console. Claiming that its small launch line-up will have a serious impact on console sales is not.

When we pit each launch line-up from Nintendo's 25-plus-year history against one another, it becomes blindingly apparent that the amount of games at a launch has never affected overall worldwide console sales.

Nintendo's last generation followed the insanely successful home console, the Nintendo Wii, with a tablet-focused successor, the Nintendo Wii U. The Nintendo Wii U, while still loved by fans and casuals alike, bombed commercially. To date, the Nintendo Wii U has sold only 13.84 million units worldwide and it had a whopping launch lineup of 33 titles. It's Nintendo's third-worst performing console of all time, faring only slightly better than the Nintendo 64 and the GameCube, and there are far more gamers in the world in 2016 than there were in 1996 and 2001 respectively.

Conversely, the Nintendo DS launched with just six titles back in 2004 (we're not counting the Metroid Prime demo as a launch title). Over the years and with many console variations, the Nintendo DS would go on to sell 154.88 million units worldwide. To this day, the Nintendo DS is Nintendo's greatest selling hardware, console or otherwise.

Obviously, handhelds like the Nintendo DS are entirely different to home consoles. Handhelds start out cheaper and become even more affordable as time goes on. It's no surprise that handhelds takes the lion's share of Nintendo's sales. Still, when you separate consoles and handhelds, we see the same picture: no correlation between launch line-ups and global sales.

Whether the Switch stands on the shoulder buttons of the handhelds that have gone before it or whether it is doomed to a dusty discount bin in Big W is anyone's guess. Whether it sells through the roof or it fails spectacularly, it's quite clear it will have nothing to do with the size of the console's launch line-up.