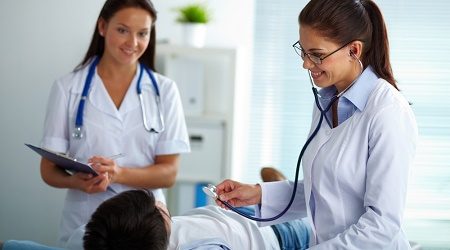 But out-of-pocket expenses increase in the June quarter.

There has been a sharp rise in the number of hospital treatment episodes and benefits paid for private health insurance customers in the second quarter of 2016.

An episode is defined as the services provided by a hospital in the continuous course of care for a patient with a health condition. It may cover a sequence from emergency through inpatient to outpatient services.

The average out-of-pocket (gap) payment for a hospital episode was $301 in the June quarter 2016, up 6.9% compared to the same period last year.

Despite a reduction in the number of gap-free services, average gap payments increased slightly last quarter.

While the average gap payment may seem low at just $19.23, it conceals some much larger individual numbers.

Those aged between 60 and 79 received the most benefits paid for hospital treatment. There was a rise in benefits paid to those in the 20–39 age bracket but this was tied to an increase in female benefits associated with child bearing.

However, a quarter of Aussies suffering chronic illness avoid or aren't able to access suitable healthcare as a result of high-priced services.