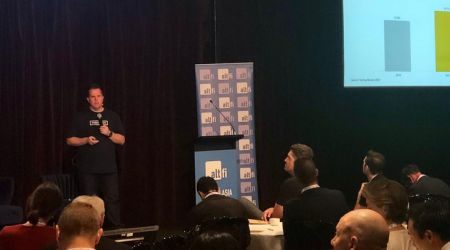 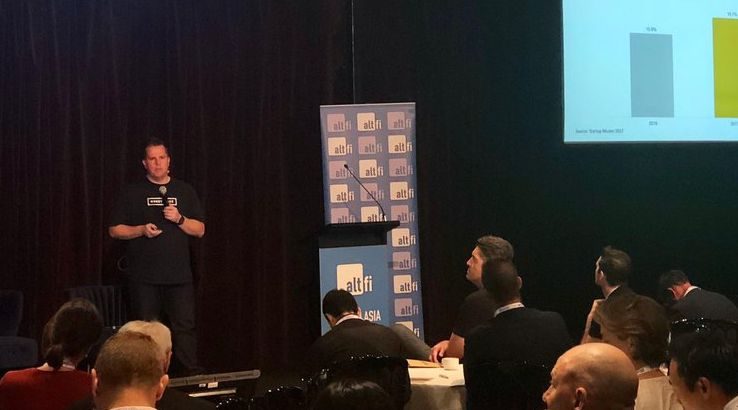 Stuart Stoyan stressed the crossroads the industry will face in 2018.

It's been a good year for Australian fintech. The 2017 Startup Muster survey turned out a glowing report card of a maturing industry; monthly revenue growth for post-revenue fintechs was up 208% over a 12-month period and 24% of fintechs surveyed reported revenue growth of 700%. The EY FinTech Adoption Index ranked Australia fifth out of 20 global markets with an adoption rate of 37% – more than double that of our result in 2015 (13%).

FinTech Australia chair Stuart Stoyan discussed these figures in a keynote at this week's AltFi Australasia Summit, but rather than using them as a veritable pat on the back to the fintechs and bankers that sat in the crowd, he questioned whether these figures actually demonstrated that the financial disruptors had delivered better outcomes for customers.

"If you look at the ME Bank Household Financial Comfort report that came out a month ago [...] 63% of Australians could not easily raise $3,000 in an emergency. And equally, 59% of Australians spent all of their income or more."

The answer, and what FinTech Australia's focus will be for 2018, is open banking.

Open banking, a regime whereby consumers will be able to direct their financial data to be sent between financial institutions and other authorised companies, was "ultimately" what was needed to deliver better customer outcomes to Australians, according to Stoyan.

One of the core aspects of open banking is opening up the playing field for fintechs in the Australian financial services ecosystem, but Stoyan says there are also important opportunities for responsible lending.

Calling it a "once in a generation" opportunity to redefine the Australian financial services landscape, Stoyan also stressed the crossroads the industry was at in terms of its adoption.

"The initial feedback from banks is that it’s too hard, that [they] can start with deposits and then do some stuff over three years, and then maybe we will get somewhere," he said, echoing the responses made by the major banks to the Review into Open Banking.

The general tone of the majors, including CommBank and Westpac, was that the cost and scale of the undertaking would mean a phased approach and adjustment to the data sets included would need to be made.

Stoyan disagreed that any delays or changes to the scope of the data included needed to be made.

"The claim has been made that more data sets are going to take more time. It's not true. It’s an API, just write it and run it," he said. "What it is, essentially, is a delaying tactic to reduce competition and what that gets to is the fact that open banking truly is transformational."

He referenced Macquarie Bank's Open Platform and NAB opening up its APIs in December 2016 as examples of where open banking and open data can be executed.

"Major banks have spent the last ten years on comprehensive credit reporting. It wasn’t until RateSetter and then MoneyPlace and then a few others came to market and participated in CCR that we caught the ear of the treasurer and it got mandated," he said.

"We need to make sure the same thing doesn’t happen with open banking. This is an opportunity for us today, this is not something that needs to happen over the next ten years."

"I would posit if you’re going to call yourself out as being a 200-year-old startup you sure as hell can deliver on something like open banking pretty quickly."