Has EOS peaked? Low prices seem to be strangling its development 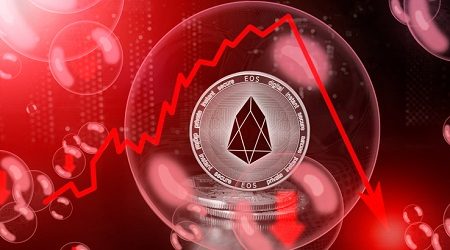 Getting the BP reward is all that matters. Everything else, including dapp development, is optional.

The EOS block producer (BP) list seems to be getting decimated, blockchain investor Corey Miller observes in a Twitter thread. It's most likely because actually running a node means operating at a loss at current EOS prices, he suggests.

EOS rewards and block difficulty don't automatically adjust to market conditions the way bitcoin and most other PoW coins do, so it's not clear what EOS can really do about any of this except hope that prices rise again. It might be a long shot with the constant selling pressure from block producers selling their holdings and the shortage of buyers. EOS's design included a lot of risky assumptions, but the assumptions that prices would constantly stay above a certain threshold and that there would be enough actual usage to drive EOS buying might have been the riskiest.

According to a survey conducted by Miller, the average break-even point for block producers is an EOS price of $4, so it's reasonable to assume that many block producers have been underwater for about a month now, and might be accelerating the slide by selling off their EOS holdings.

Having said that, the vast majority of surveyed block producers said they wanted to increase their pay and the EOS inflation rate based on falling EOS prices.

Of the 27 respondents, 10 said they wanted to see their rewards increased to compensate for the falling EOS prices, while 9 said they supported the proposal in principle, but were worried about the PR backlash that might be associated with voting to increase their own pay. Only 5 said they would not support the proposal, and only 1 respondent said that block producers should have their own risk management strategies to accommodate low prices.

On the whole, it's probably worth exercising caution with the survey results. First, because it had fewer than 30 respondents and so might not represent the typical BP experience, and second, because there's a good chance that respondents were lying and that BPs could still be perfectly profitable at current prices simply by running a skeleton node.

For example, 50% of the survey respondents said they have 6-10 staff, while 40% claim to spend over 51+ hours per week on code tests and software updates. And when queried about their annual operating expenses, the answers varied enormously, from a low of $80,000 per year to a high of $1.4 million. At the same time, one respondent said a bare bones set-up would cost them $200,000 per year while being fully operational would be $800,000. The median annual average operating cost of respondents seemed to be somewhere in the $700,000 range.

The rewards are highly dependent on one's BP rank as well, and the lion's share goes to the top 21 block producers, but only 8 respondents claimed to be a top 21 BP.

Overall, the answers seem to be all over the place and there's no real consistency between block producers. This was the survey that gave us the $4 break-even average for BPs, and it should probably be taken with a grain of salt.

If one thing's clear though, it's that a skeleton node operated by a single individual might still be very profitable even at current EOS prices. So while most of the non-earning back-up BPs seem to have switched off their nodes, the plunging EOS prices might be more likely to manifest as a dearth of dapp development, rather than an actual network shutdown.

The falling prices might be hurting earnings, but it doesn't have to prevent BPs from milking the network for all its worth before moving on. 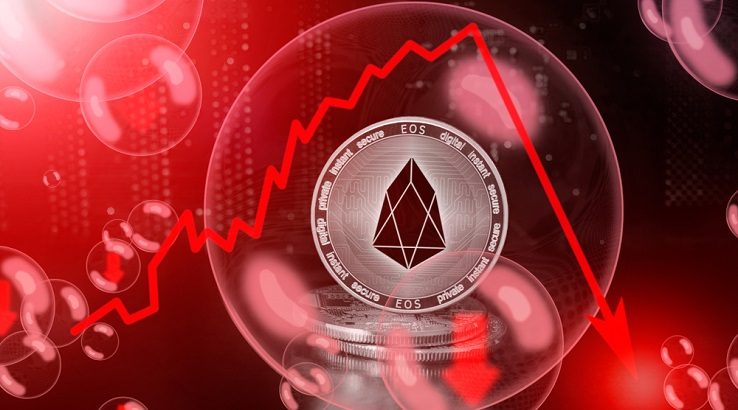 At the same time, it's openly known that most top block producers are holding their positions by colluding with each other rather than by appealing to that nebulous "community" thing. Plus most EOS nodes are run through Amazon Web Services or Google cloud hosting, which costs considerably less than the block producer rewards.

Despite what the numbers might initially suggest, there's probably still plenty of wiggle room for profitability in EOS at current prices – at least at the top end. Falling EOS prices mean it's time for top block producers to cut out any remaining dapp development and to re-focus on their core competencies of profiteering, rather than shutting down.

Block producers can still milk some money from EOS, but only if they cut costs. The BPs who have to deal with the added costs of actually trying to build a dapp or support the ecosystem in a meaningful way will be the first to go. But perhaps that's appropriate – EOS wasn't meant for them.

This pattern suggests that, barring a major EOS price recovery, the EOSIO ecosystem has already peaked. This might be as good as it gets.