Has anything changed for businesses since 2010? 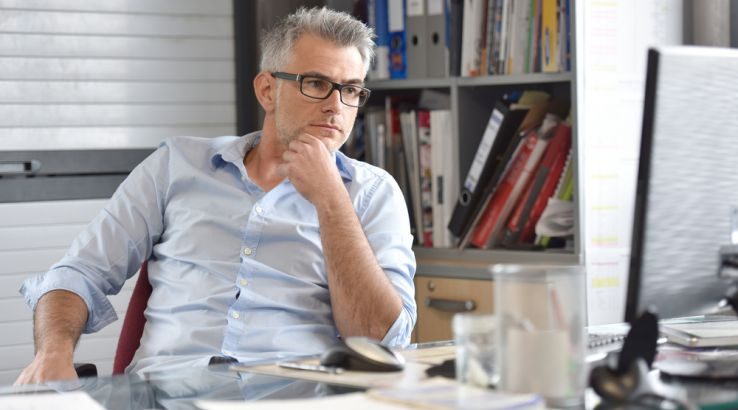 A bi-annual national survey of over 1,000 SMEs has provided a fascinating snapshot of how the SME sector has changed in the past seven years. The MYOB Business Monitor shows how far Australian businesses have come during this period but also how they are the mercy of economic and legislative changes.

"Over the past seven years, SMEs have always borne the brunt of social, political and economic change," said Tim Reed CEO of MYOB. "However, they have remained resilient to the pressures around us and remain a strong contributor to the Australian economy."

The survey found that SME owners had the most difficult time in October 2010 and August 2013 but the end of 2016 showed a more positive outlook.

"In August 2013, nearly half of SMEs (46%) told us that fuel prices were causing either quite a lot to or an extreme amount of business pressure, yet today – less than a quarter (23%) feel this way."

SMEs experiences with technology have also improved as time has gone on, with 16% identifying the cost of technology as a pain point, down from 19% in February 2015.

"SMEs are starting to experience and understand the results of adopting digital technologies especially when it comes to attracting and retaining new customers. We are quite pleased to see there is an upward trend in SMEs increasing spending to upgrade hardware, software and online services," said Reed.

"The use of social media for business purposes have also increased to 40%, up from 35% in the previous Business Monitor report, as SMEs begin to recognise social media as a vehicle to connect to their customers."

However, while there has been improvement in some traditional points of frustration for SMEs, other problems have persevered and even worsened.

"Statistically, one of the biggest changes we have identified is the dramatic increase from 19% (July 2009) to 26% (November 2016) in SMEs identifying late payments as one of their top pain pressures."

Late payments have come under intensified scrutiny lately, with the Australian Small Business and Family Enterprise Ombudsman (ASBFEO) Kate Carnell conducting an inquiry into the issue.

A previous MYOB business survey found that 77% of Australian SMEs are impacted by the late payment of invoices, with some terms extending up to 90 days. The same survey also found 72% of businesses think the government should introduce regulation to ensure prompt payments.

While the UK has introduced a Prompt Payment Protocol to a degree of success, Reed believes a system could be introduced to make Australia more successful in dealing with late payments.

"Specifically I believe we now have the momentum to engage all the major business groups to get support behind this initiative, along with government. We also have the ability to use technology, whereby companies like MYOB are making it easy to integrate online payment options into invoices. Taken together, I think these solutions will enable us to be more successful than the UK," Reed said.

Despite changing environmental factors, SMEs have continued to remain upbeat

Along with late payments, SMEs are also struggling with cash flow in general. Over a quarter of those surveyed (26%) identified cash flow as an issue and those that said late payments were putting them under pressure increased to 26%, up seven points from the previous quarter. The report found that these issues are having the biggest impact on franchisors and construction and trades businesses.

"With the rise of fintech over the past few years, there are now more sources of funding for SMEs through alternative lenders. What this means for SMEs is easier access to critical funding for capital expansion or working capital."

"Ondeck is a great example of an alternative lender who helps support and empower SMEs by having the ability to evaluate, approve and fund small business loans on the same day."

While seven years of results from the MYOB Business Monitor reveal various struggles for Australia's small businesses, it also shows how resilient they can be.

"Over the last seven years small business owners and operators have faced pressures from unpredictable international changes, legislative changes as well as changing customer expectations. The data also highlights that despite changing environmental factors, SMEs have continued to remain upbeat and continue to invest in their employees and business," said Reed.

"It has been necessary for SMEs to adapt but they also continue to be assisted through government initiatives and measures that boost SME productivity, such as the 20K tax write off initiative in the last budget."