Hand of Fate 2 review: Decked out and ready to deal

Defiant Development's follow-up to the excellent Hand of Fate improves upon its predecessor in every way.

Reviewed on PC. Also available on PS4, with an Xbox One version due soon.

The first Hand of Fate was one of those surprise gems that makes me proud to be a part of the Aussie games industry. Made by the Brisbane-based studio Defiant Development, the novel action RPG spliced simple yet well-polished arena battles with deck-building mechanics and choose-your-own-adventure style storytelling to produce a charming experience I've seen nothing like since. Well, until now.

Defiant has taken the wise approach of not reinventing the wheel with Hand of Fate 2, instead opting to hone what made the first game so great and flesh out the areas that felt a little lacking. The result is a captivating Dungeons & Dragons-style adventure grander and more fulfilling than its predecessor, one that is clear proof that Australia is capable of making games just as well as anywhere in the world. 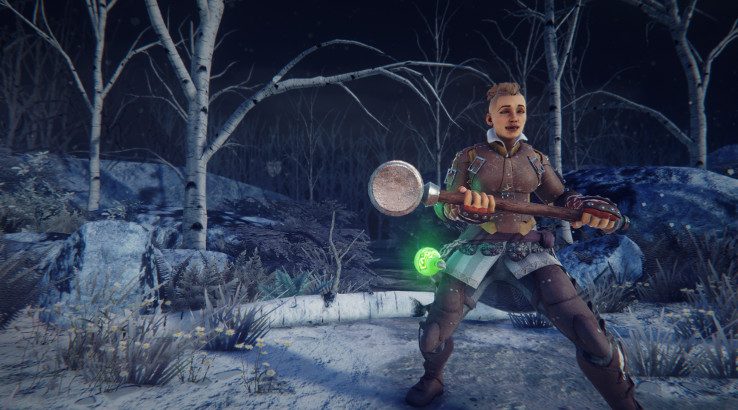 For those who missed out on the first Hand of Fate, the basic framework of the game is this: the enigmatic Dealer sits across from you at a dusty table and lays his cards down to form an ersatz game board. You move from card to card as you please, with each card triggering a random event from the deck you've assembled. Events can be simple story tidbits that flesh out the world you're exploring; they can be games of chance for precious loot or gold; or they can be battle encounters with the extensive range of human and non-human foes the game has up its sleeves.

Battles play out in small 3D environments, with combat aping the ever-popular Batman Arkham system of dodging and countering enemy attacks. Where combat in the original Hand of Fate often felt kind of clunky, though, battles in Hand of Fate 2 are significantly smoother, with each roll, block and swing feeling far more responsive and thus far more satisfying to pull off.

That's not the only way Hand of Fate 2 has shaken up its hacking and slashing, either. New weapons like dual-wielded daggers and flame-spewing hammers have their own unique abilities, combos and animations, with each requiring different tactics to use effectively. I'm not going to lie: in the first Hand of Fate, I ended up mashing my way through a lot of the combat thanks to the way weapons handled. Thanks to the more-measured pace of battles and the smarter AI in Hand of Fate 2, though, that's no longer a viable strategy. Instead, you'll need to exercise your patience and pick your targets carefully, and that makes every victory feel all the more satisfying. 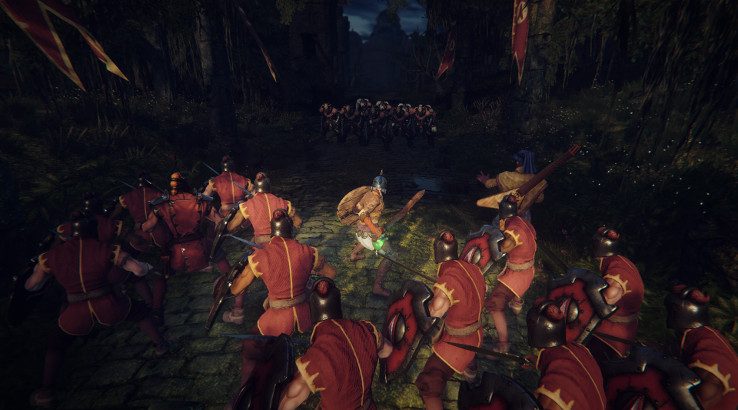 Combat is hardly the only area where Hand of Fate 2 improves upon its predecessor. Story plays a more prominent role this time around, with a massive miniatures board serving as the overworld for your adventure. 22 challenges are scattered across the board, with a handful usually available for you to pick between at any one time. Each challenge tells its own self-contained story - and it's here where Hand of Fate 2 really shines.

From piecing together clues in order to solve a murder mystery to hunting down relics on a card-based version of an open-world environment, the scenarios Hand of Fate 2 deals out are delightfully creative and constantly playing with your expectations of what is possible from such a deceptively simple card game. It certainly doesn't hurt that the writing is excellent, either, conjuring vivid scenes from simple sentences and dishing out plenty of witty black humour.

As you're completing these individual storylines, multiple larger narratives start to unfurl themselves. Fellow warriors, former enemies and cowardly bards join you on your adventure as companions, and each has their own personal quest line you can pursue if you so wish. Again, the writing here is superb, and the only downside is the fact you can only bring a single companion into each challenge, meaning you'll likely need to replay challenges multiple times if you want to see every companion's story through. Thankfully, the random board layouts and shuffled cards ensure every attempt is distinct from the last. 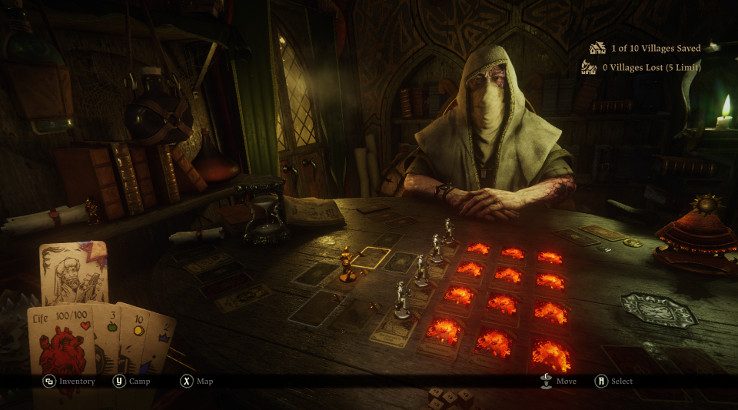 Then, of course, there's the Dealer. Returning from the first Hand of Fate, the gravel-voiced game master delivers his eloquent narration and condescending commentary with enthralling conviction, his role as both mentor and antagonist executed flawlessly. How and why he's back after his fate in the first game is something I'll leave you to discover on your own, but suffice it to say that his quest for vengeance provides plenty of motivation to forge through his challenges and see how it all pans out.

Defiant has spent a lot of time shoring up the smaller details in Hand of Fate 2 as well. The visuals, for one, have received a significant upgrade, with detailed textures and extravagant lighting effects going hand-in-hand with a more vibrant art style to elevate the game from decent-looking to downright gorgeous. Difficulty, too has seen some small but important tweaks, with the need to manage food supplies less punishing this time around and the ability to camp and heal between encounters making the occasional run of bad luck far less frustrating.

Perhaps one of my favourite little touches, however, is how almost every challenge has two objectives: one for simply completing the storyline, and one for going above and beyond to accomplish all side quests, too. Nothing revolutionary, sure, but it means you can still make forward progress without needing to repeat challenges over and over just because the cards didn't turn in your favour.

We reviewed Hand of Fate 2 on PC with a copy provided by the publisher.

Defiant Development has proven that the first Hand of Fate was far from a fluke. Hand of Fate 2 one-ups its predecessor in every way, delivering a unique and enthralling role-playing adventure that easily sits among the best games this country has produced.