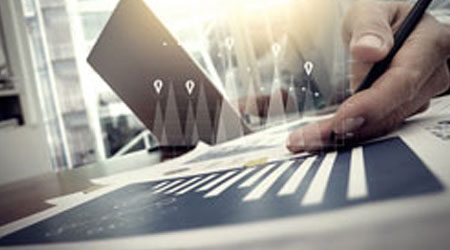 The peer-to-peer and payday sectors are seeing rapid expansion.

The latest slew of lenders turning their attention to the Australian loans shows a market on the up, but it's not traditional products and companies that are driving expansions. Non-traditional lenders such as Cash Converters and FundX, as well as the "Big Four" banks, are pushing alternative sources of financing such as peer-to-peer personal and business loans, payday loans, startup financing and the use of big data to bring in a new of era of lending. How is this era evolving, and what are the new players bringing to the table?

On February 9, payday lender Cash Converters secured a $100 million loan with Fortress Investment Group, refinancing what was a current $70 million facility. In a more recent announcement, Cash Converters managing director Peter Cumins revealed a scale-back of the company's operations in the UK and an uplift in investment in Australia.

In the Cash Converters full Half Year Report, Cumins said that the short-term loans market was in a stage of growth and the range of consumers looking to access these loans was broadening. "This is driving demand for online and more sophisticated lending products," he said.

This sophistication may come in the form of a higher loan amount, with Cash Converters now offering loans of up to $5,000. It also offers a prepaid debit card. These two features both bring it in line with other payday lenders such as Nimble and Wallet Wizard.

Product and technological innovations have been a core part of the payday lending space. Online lenders need to be able to deliver high-quality service to borrowers with a fast turnaround time to be able to compete in the space – the standard processing time for the industry is 24 hours.

This is driving demand for online and more sophisticated lending products

Payday lenders aren't the only ones operating in a competitive space that demands them to be agile. The introduction of peer-to-peer lending to Australia in 2012 with SocietyOne, some years after the US and UK, marked the start of alternative personal financial products. Now, several peer-to-peer (P2P) lenders are in operation, and many more are cropping up.

Also referred to as "marketplace lenders", companies including RateSetter and MoneyPlace plus P2P business lenders ThinCats have quickly been gaining traction with consumers and businesses. By cutting banks out of the equation and relying on big data and fintech they are not only tempting for those with good credit but offer an alternative for those with bad credit. For investors, it can be a way to get better rates than with savings accounts or less risky than playing the stock market.

Even though business P2P lending is still relatively new to Australia, there are even disruptions in this area. New lender FundX has turned its attention to P2P invoice financing. Small to medium-sized businesses can apply to draw money against their invoices, with the money being financed by investors. The fintech startup is the initiative of David Jackson, part of fintech hub Stone & Chalk and a well-known presence in the Sydney startup scene.

FundX relies on big data to run risk-processing on applications received from SMEs, which has resulted in $5 million in loans being rejected and $1 million being processed. FundX relies on sophisticated and institutional investors which it then pools, a process differing from other P2Ps which tend to let the investors pick the loans.

Between Cash Converters' renewed Australian focus and P2P's upsurge, where are the banks?

Westpac has left the payday lending space behind due to the increased negative attention, and it seems to have turned its attention to fintech. In late 2015 it was revealed that Westpac had been piloting a referral program with online small business lender Prospa. It's not the only big bank to get itself involved, either. NAB launched a $50 million innovation fund to invest in Australian and offshore startups, CommBank has an innovation lab and has embraced bitcoin and ANZ has partnered with Sydney-startup Honcho to fast-tracking small business customer registrations.

What does all of this mean for you?

More competition means more choice for Australian consumers. Loan products are diversifying and convenience is the name of the game. Big data is being embraced in lending in a way it hasn't been before, which means faster applications and easier banking processes. With lender's attentions turned inwards to each other, any "gatekeeping" power that may have been held by the banks when it came to you trying to get a loan is being disbursed. Innovation in fintech is just getting started in Australia, and that's a good thing for borrowers.